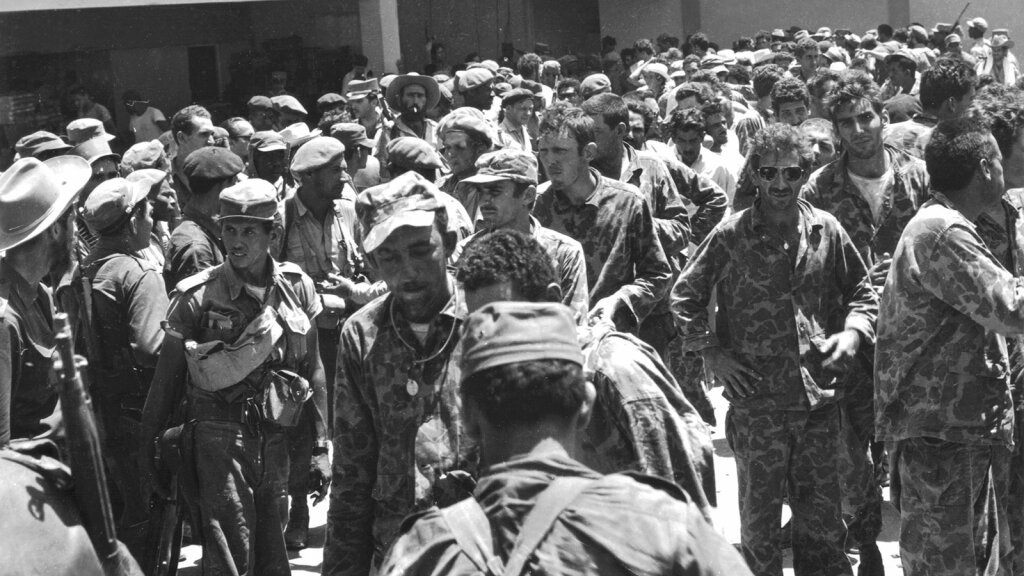 The CIA had been planning the amphibious landing on Cuba’s Playa Girón for months. Spy planes took dozens of aerial photographs of the landing site, but somehow the CIA officers missed a major obstacle — an offshore expanse of razor-sharp coral.

“The aerial photos showed something in the water, but CIA experts had explained it away as seaweed,” says Rasenberger.

The plan was for the 1,500 CIA-backed Cuban fighters to slip quietly on to the beach before dawn, unload supplies from support vessels and establish a beachhead before Castro’s army even woke up. But the coral threw everything into chaos, sinking some of the landing craft and slowing the amphibious landing to a crawl.

“By the time the first light came up, all those men were supposed to be on the beach and the support vessels out of sight,” says Rasenberger. “The whole thing got completely screwed up.”

Castro’s air force, still intact after Kennedy’s canceled airstrike, strafed the invasion force like it was target practice, not only killing men, but sinking two of their supply ships and sending the rest fleeing to international waters.

“The result was that all of the supplies for these 1,500 men were taken away,” says Rasenberger. “Medical supplies, arms, vehicles. Everything they needed to survive on the beach was gone.”

4. There Was No Spontaneous Cuban Uprising

It’s unclear exactly what the CIA hoped would happen after the exiled Cuban fighters secured the beachhead at Playa Girón, but one of the political assumptions was that once news of the invasion reached Havana, it would inspire a spontaneous uprising from Castro’s underground enemies.

“That didn’t happen,” says Rasenberger. “By the spring of 1961, all the anti-Castro Cubans had either left the country or were in jail in Cuba.”

At this point, the survivors of the botched beach landing were pinned down on Playa Girón while Castro’s army closed in from the surrounding swampland. No counter-revolutionaries were going to come out of the woodwork to save them, assuming they could have crossed the swampland. But the survivors could still count on their CIA backers, right?

At this point, the CIA and the U.S. Navy were begging Kennedy to send U.S. Air Force fighters to shoot down Castro’s planes and clear a supply route for the pinned down troops. Kennedy rejected the idea of direct attacks by U.S. planes, but eventually authorized one hour of cover by six unmarked American Skyhawk jets from the U.S.S. Essex, an aircraft carrier patrolling nearby.

The Skyhawks wouldn’t engage Castro’s planes directly but would provide defensive cover for B-26 bombers flown in from Happy Valley. As it turned out, those B-26s weren’t flown by Cuban exiles this time, but by U.S. airmen from Alabama who were in Nicaragua as trainers.

“What happened next was really strange. “There was a time screwup,” says Rasenberger. The time agreed upon was 6:30 a.m. EST but for some reason the Brigade launched an hour early. The jets immediately flew after them but they couldn’t reach the invasion area in time to offer protection.

When the American-piloted B-26s flew over Cuba expecting Navy jets to be protecting them, they were all alone. Two of the jets were shot down and four of the American pilots were killed. Castro recovered one of the bodies and kept it as proof of America’s hand in the failed plot. Seventy-five percent of Brigade 2506 ended up in Cuban jails. They were freed in 1962 in exchange for $53 million in food and medicine.