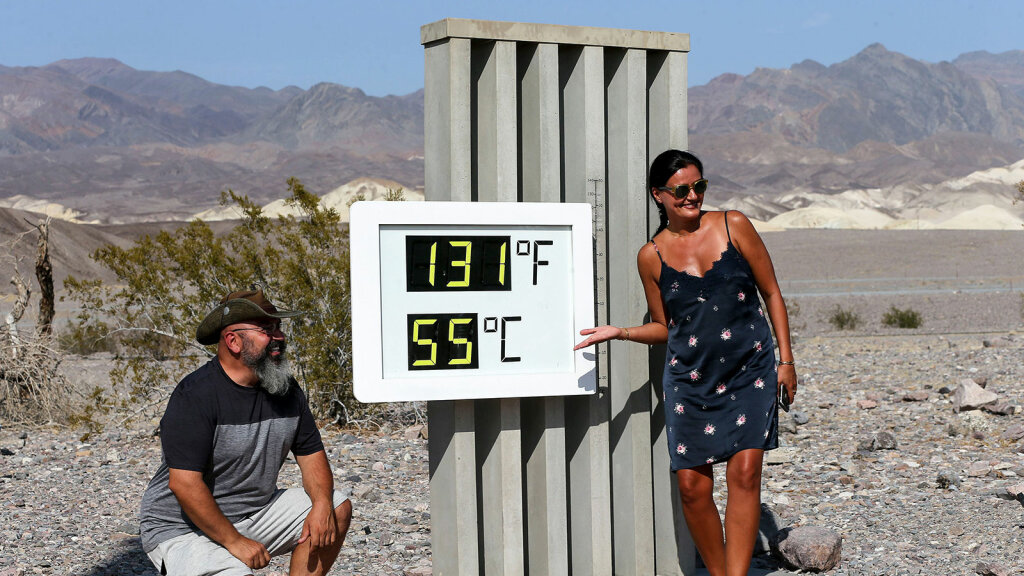 Incredible hot temperatures have been shattering records during the summer of 2020 across the United States. In fact, Death Valley in California recorded a temperature of 130 degrees F (54 C), the highest recorded on Earth since 1913, according to CNN. Extreme heat was also reported in other parts of California, Arizona, Nevada and even Canada. Back in July, Siberia experienced a record-breaking temperature of 100 degrees F (38 C)!

While you may think a bit of time in the sun may be fun, time outdoors during a heat wave can be deadly. The World Health Organization says exposure during these particular heat waves can cause exhaustion, confusion or even heart attacks, and can exacerbate existing health conditions such as cardiovascular and respiratory diseases.

But it’s relatively easy to prevent these types of adverse health effects during a heat wave with best practices, and if we just look out for our friends, family and neighbors.

What Is a Heat Wave?

You’d think it would be easy to define what a heat wave is, but actually it isn’t. Not even the World Meteorological Organization (WMO) has a standard definition for heat wave. But Science Direct defines it like this:

These are rare events that vary in character and impact even in the same location. A heat wave occurs in a region when abnormally high temperatures are recorded over a long period of time. These high temperatures do not only refer to maximum temperatures, typically recorded during the day, but also those staying high enough overnight, making the environment highly uncomfortable. High levels of humidity and very light winds, if present, exacerbate thermal stress to people. Thus, although a heat wave is a meteorological event, it cannot be assessed without reference to human impacts.

Though defining what constitutes a heat wave might be difficult, agreeing that they are increasing seems to be easy. The U.S. Global Change Research Program Climate Science Special Report shows that surface air temperature has increased by about 1.8 degrees Fahrenheit (1.0 degree Celsius) between 1901 and 2016. And the report shows that the current time period is the warmest in the history of modern civilization. During the last few years, the world has experienced the warmest temperatures on record. These weather trends, and heat waves, are expected to continue, according to the Global Change Report. Indeed, CNN reported that 2020 “will almost certainly rank among the five warmest years on record.”

So what is a human to do? How should we plan to manage in the future when these scorching temperatures become, gasp, the norm? One thing is to have a heat wave safety plan and a healthy dose of respect for the destructive potential of this form of extreme weather. Here are five heat wave safety tips to help you deal with the dangers.

1. Dress for the Weather

It may seem like a no brainer, but during a heat wave, you have to dress appropriately. Wear loose, light-colored clothing; UV-protective and moisture-wicking clothing are best if you have to work or be outside. This will help protect your from sunburn and help absorb sweat to keep you a little cooler. Also be sure to protect your face, hands and any other exposed skin with sunscreen. And wear a hat and sunglasses.

If possible, take part in outdoor activities during the morning hours, or postpone them until evening when temperatures are cooler. Take frequent breaks in the shade. If you’re working outside in the heat, and the activity makes your heart pound or you’re gasping for breath, stop and get inside to cool off and rest, especially if you feel lightheaded, confused or faint. Use the buddy system, too. If you’re working in the heat, check on your co-workers — and have them check in on you. Heat-related illness can make you confused or even lose consciousness.

Perspiration is your body’s way of staying cool, but that moisture loss has to be replenished regularly. If you you have to be outside during a heat wave, it’s imperative to drink up, even if you’re not thirsty. Avoid sugary or alcoholic drinks; these will actually make you lose more fluids. You also want to stick to drinks that aren’t super cold. That sounds crazy, right? But icy cold water can actually cause stomach cramps. If you’re on a fluid restrictive diet or have a problem with fluid retention, definitely talk to your doctor before drinking more than your normally prescribed amount.

Ideally during a heat wave, you want to say indoors where there’s air conditioning. If that’s not possible, many cities open up cooling centers during heat waves to provide citizens with relief, especially in areas where air conditioning isn’t prevalent. (Due to COVID restrictions, you’ll have to social distance and wear masks while there.) You can also try to go to a public place that has A/C, like a library, mall or a movie theater, assuming they are open where you live. Again, wear a mask for safety and practice social distancing.

You can also use fans, but just keep in mind when temperatures are in the 90s or higher, fans won’t prevent heat-related illness. Taking a cool shower or bath is a much better option. Eat only light, cool foods such as fruit and salads. They’re easier to digest than hot, heavy meals, and your home won’t heat up when you prepare them.

5: Protect Those Most at Risk

Heat-related illness can affect anyone, but some people are particularly at risk. If you live with, or know people, who fit into any of these categories, check on them frequently during a heat wave.

Of course it goes without saying you should never leave children or pets in a car, as temps can soar inside even with a window cracked, heat wave or not. The CDC suggests we monitor adults at risk at least twice a day for signs of heat exhaustion or heat stroke, and infants and young children, even more frequently.

Sports Today – Red Bull calls for review of decision not to penalise Hamilton...

Sports Today – Man Utd are good again but will the Glazers invest to...

Sports Today – Lightning vs. Stars: The lapsed fan’s guide to the 2020 Stanley...