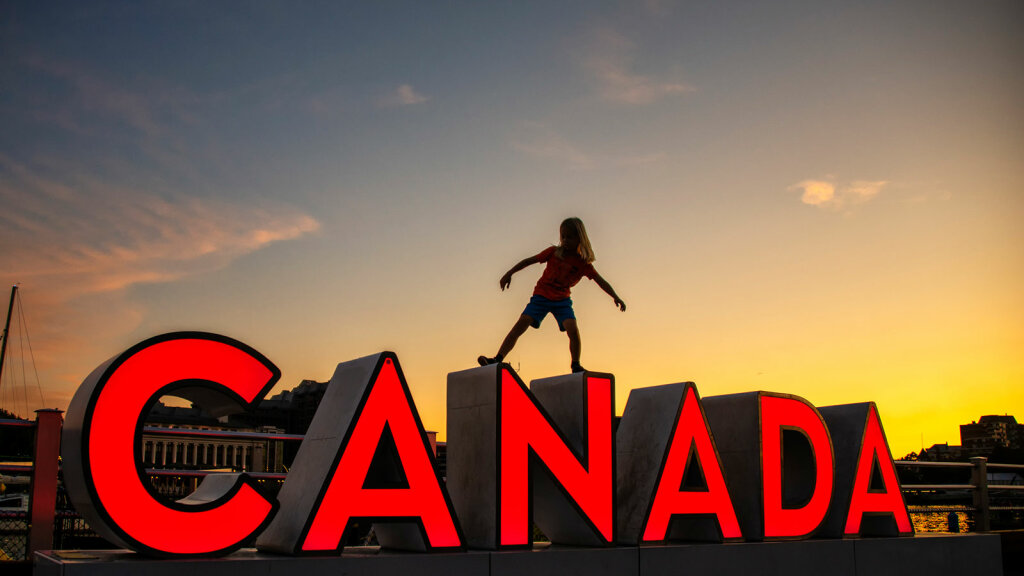 The United States and Canada share so much in common that it’s a hoot to call out those cultural quirks that make the North American neighbors distinct, like the friendly disagreement on how to pronounce certain vowels.

Holidays are no different. Many of the most widely celebrated Canadian holidays are nearly identical to their American versions, including New Year’s, Valentine’s Day, Easter, Halloween and Christmas. But there are a handful of uniquely Canadian holidays that non-Canucks have probably never heard of, yet offer a fascinating glimpse into Canadian history and culture.

We reached out to J.J. McCullough, Washington Post opinion columnist, prolific Canadian YouTuber and creator of the exhaustive (but far from exhausting) “Canada Guide” for a personalized tour through the Canadian calendar.

Canadian Thanksgiving almost didn’t make this list because it has nearly everything in common with its American version. In Canada, families and friends gather around the Thanksgiving table for a gut-busting meal of turkey, cranberries, mashed potatoes, rolls and pumpkin pie, just like their southern neighbors. But there are some notable differences.

First of all, the date. Canadian Thanksgiving is celebrated more than a month before American Thanksgiving. In 1957, the Canadian government settled on the second Monday in October, since the harvest season in Canada wraps up in early October to beat the arrival of frigid temperatures.

McCullough says that the second important difference is that Canadian Thanksgiving has nothing to do with Pilgrims or indigenous peoples (though Sir Martin Frobisher did sail from England to the Canadian territory of Nunavut in 1578; he and his crew celebrated their successful arrival with a meal of salt beef and mushy peas and a church service of thanksgiving). As in the U.S., while faith and family are elements of Canadian Thanksgiving, the emphasis is on the food. The holiday absolutely gained traction in Canada due to its popularity in America, but McCullough says that Canadians consciously celebrate a “slimmed down” version of Thanksgiving that’s free of America’s Mayflower mythology.

This popular and somber Canadian holiday shares its date with Veterans Day in the United States, which was originally called Armistice Day. Both holidays began as memorials to the tens of thousands of Canadian and American soldiers who died in World War I, which ended Nov. 11, 1918. However, Remembrance Day has retained more of its original connection with the “war to end all wars.”

For example, Canadians continue the century-old practice of pinning a red poppy to their shirts or lapels for the first 11 days of November and observing a moment of silence at 11 a.m. Nov. 11. The red poppy began as an American memorial to fallen WWI soldiers that spread to France and England, but it was inspired by a famous poem called “In Flanders Fields” penned by a Canadian WWI medic, Lt. Col. John McCrae. The poem, part eulogy and part call to arms, describes the red flowers that reappeared on the battle-scarred landscape of Belgium in the spring.

In Flanders fields the poppies blow
Between the crosses, row on row,
That mark our place; and in the sky
The larks, still bravely singing, fly
Scarce heard amid the guns below.

We are the Dead. Short days ago
We lived, felt dawn, saw sunset glow,
Loved and were loved, and now we lie
In Flanders fields.

In Canada, groups like the Royal Canadian Legion Society and the Boy Scouts sell plastic poppy pins on street corners to raise money for veterans’ organizations, much like Salvation Army Santas solicit donations at Christmas. Additionally, the wearing of a poppy in early November is considered a requirement for any mainstream Canadian political or public figure.

“It would be seen as quite controversial if they didn’t,” says McCullough. “Among regular Canadians, it varies. It’s becoming a little bit more politicized in some respects,” akin to the American flag in the States.

Celebrated the day after Christmas, Boxing Day originated in Victorian England as a day for wealthy folks to box up gifts to give to their servants and to the poor. Today, Boxing Day is one of the busiest shopping days of the year in Canada and the U.K. as stores offer huge post-Christmas sales to unload their unsold merchandise.

McCullough says while Black Friday has recently creeped into Canadian shopping calendar, Boxing Day is still associated with big electronics purchases like TVs. Like Black Friday in the States, hardcore deal seekers will camp out the night of Dec. 25 to get first pick of the discounted items.

Celebrated a week before America’s Memorial Day, Victoria Day marks the unofficial start of summer in Canada. The holiday began in 1845 as a celebration of the British monarch Queen Victoria’s birthday May 24. When she died in 1901, it became Empire Day and floated around the calendar to match up with the new sitting monarch’s birthday. In the 1950s, the government fixed the date as either May 24 or the Monday proceeding it, sealing its long weekend status. In 1977, the celebration got its original name back, Victoria Day.

Oddly, says McCullough, Victoria Day is still officially a celebration of the current monarch’s birthday, even though Queen Elizabeth’s real birthday is in April.

In practice, McCullough says that the royal aspect of Victoria Day is “completely absent.” A lot of folks simply call the holiday “the May long weekend” or “May 2-4.” That last one has a double meaning, since Victoria’s birth date just happens to equal the number of beers in a full case (or “flat” as Canadians call it).

Don’t let the grilled meats, fireworks and July date fool you, Canada Day is not Canadian Independence Day. Technically. Canada Day commemorates the 1867 unification of four British colonies into a “dominion” known as Canada. In that way, Canada Day is more like Canada’s birthday. As for full independence, that wasn’t fully achieved until 1982!

Canada Day wasn’t always such a big holiday, says McCullough, and it was known as Dominion Day until Canada officially “patriated” its constitution in 1982, meaning it removed all power from the British Parliament to amend the Canadian constitution.

“It’s a relatively recent thing,” McCullough says. “The Centennial celebrations in 1967 kicked off renewed interest in a day of mass patriotic celebration across the country.”

Given its summer timing, Canada Day is celebrated much like July 4 in America, with outdoor barbecues and fireworks. The difference, McCullough says, is that there’s an expectation that the Canadian government takes responsibility for planning and organizing “a big, fancy thing” July 1, the largest of which takes place at the stately Parliament Hill in Ottawa, Ontario, the nation’s capital.

McCullough jokes that Canadians have cultivated a myth that they’re a “retiring and humble people when it comes to patriotism,” but that’s mostly a way to feel superior to Americans.

“Canada is the only country in the world that brags how modest it is,” says McCullough.

At first, this seems like a punchline to a Canada joke. I mean, could there be a more blandly polite name for a holiday than the Civic Holiday?

So it makes sense that the catch-all name for the holiday is so generic.

“The reason why they call it the Civic Holiday on the Canadian calendar is because the calendar is produced for the entire country, so they can’t put each province’s specific name on it,” says McCullough.

Sports Today – Time running out for Matt Ryan to prove he can make...