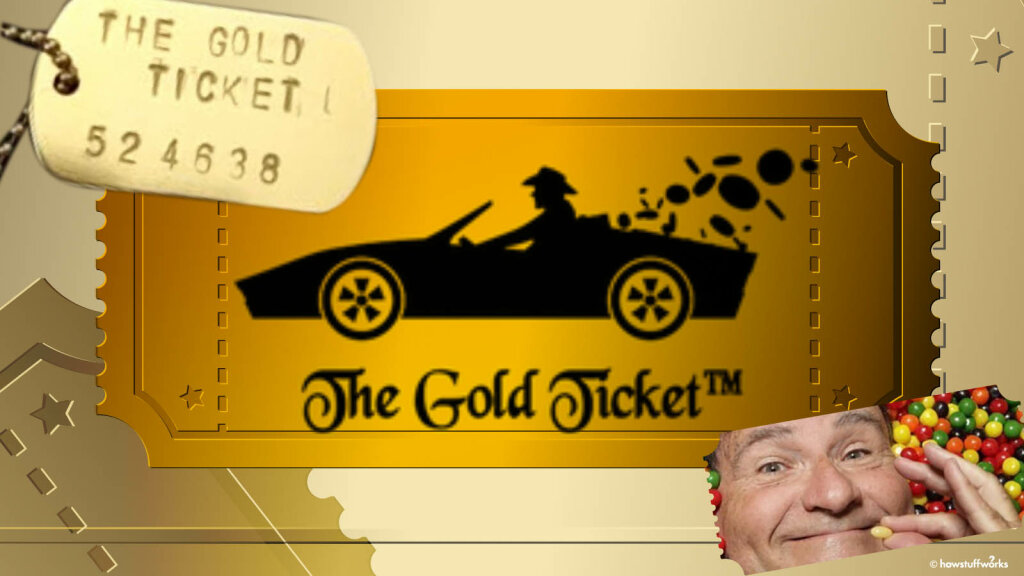 Anyone who’s read the book “Charlie and the Chocolate Factory” by Roald Dahl or seen one of the movies based on it has probably thought about winning a candy factory. You’re sure you’d be a better contestant than that demanding brat Veruca Salt, and you might even give Charlie himself a run for his money. And you’d certainly make sure the Oompa-Loompas were paid fairly and given plenty of time off. They work hard.

Now’s your chance to prove yourself worthy of Willy Wonka — or at least worthy of David Klein. He’s the inventor of Jelly Belly jelly beans and owner of Candyman Kitchens, and he’s giving away a candy factory.

Klein is hiding 50 gold tickets (actually gold metal dog tags) around America — one in each state. To find them, contestants need to register at www.TheGoldTicket.com and pay $49.98. Each state is limited to 1,000 participants. Once you’ve registered, you get access to a private Facebook group where clues to the ticket’s locations will be given. So there’s no need to buy cases of chocolate bars and open each one. Bummer.

Since Klein is physically hiding all these tickets, it takes a while for each of the treasure hunts to get going. Several have already sold out, but another handful are set to begin in October. It’s possible to preregister for a state before the hunt officially begins, and you’ll get notifications of the start date. Klein says he hopes that families will take the opportunity to hop in the car and find the ticket together. It’s up to you, though, if you want to drag your grandparents out of their shared bed to help you find the ticket.

Whoever does locate the gold ticket in each state gets a $5,000 prize. But everyone who registers for the treasure hunt — a maximum of 1,000 people in each of the 50 states — is eligible to win that candy factory. So even if you don’t find the winning ticket in your state, you can still become a crazed candy mogul in a dapper hat.

Klein says that he’s wanted to give away a candy factory ever since he saw Gene Wilder as Willy Wonka in the 1970s movie. Now on the verge of retiring, Klein has his chance to be the Wonka of his dreams by giving away one of the Candyman Kitchens factories he owns in Hawthorne, Florida.

But wait, there’s more! Unlike Willy Wonka, who kind of left poor young Charlie to his own candy-making devices, Klein isn’t going to depend on an Oompa-Loompa to mentor the winner. Whoever wins that Candyman Kitchens factory also gets a candy-making course at the University of Wisconsin in Madison. And Klein was very clear that there are no Oompa-Loompas involved. At all. So stop asking already.

Hacked! – What to Do With Old Computer Monitors: 5 Useful Ideas