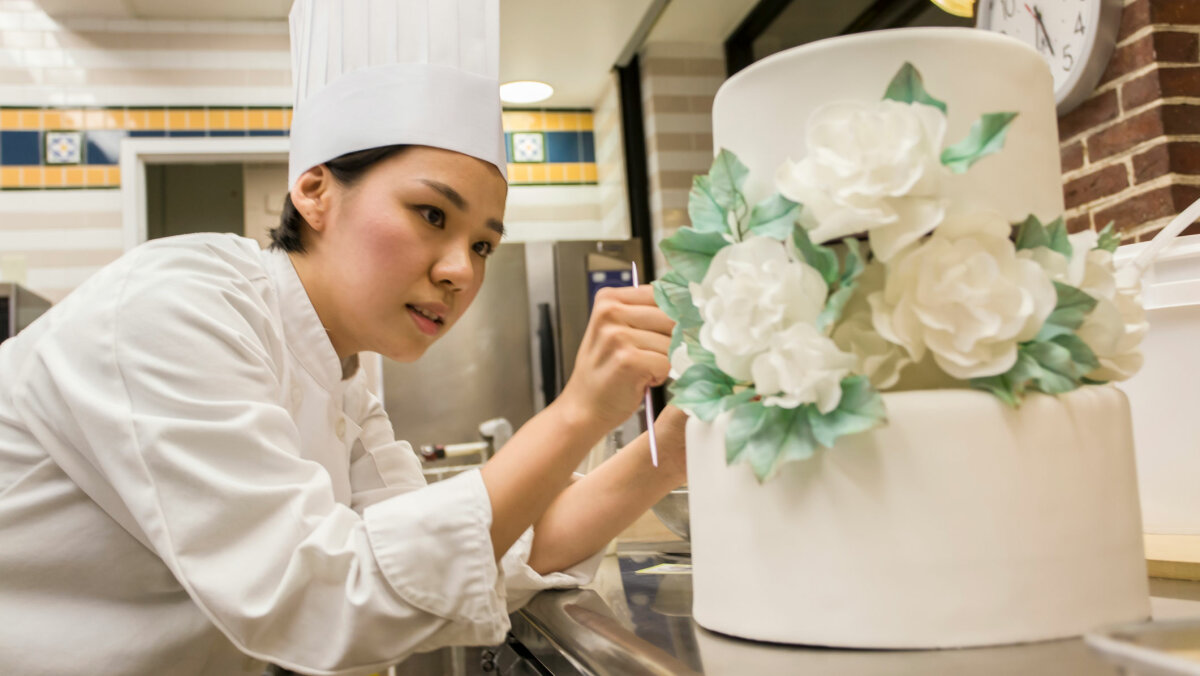 Marie Antoinette once allegedly said, “Let them eat cake.” She was supposedly referring to the peasants in France but boy, have we ever taken her up on it! The popular dessert is one that knows few, if any, limits, and many innovative bakers throughout history have helped the confection morph into thousands of delicious variations. Although the word cake is derived from the Old Norse word, “kaka,” many cultures and civilizations have contributed to its continued evolution [source: Davidson].

Food historians note that breads and cakes were somewhat interchangeable in ancient history — cakes just tended to be sweeter than breads. Ancient Egyptians made the first “cakes” using hot stones as makeshift ovens and adding honey as a sweetener. Greeks concocted an early type of cheesecake, while Romans incorporated nuts and fruits to make a primitive version of the fruitcake [source: Davidson].

In 1400s Germany, cakes started crashing birthday festivities, when enterprising bakeries realized the dessert’s celebratory potential. Due to the cost of ingredients, however, birthday cakes were a luxury largely reserved for the wealthy, until the Industrial Revolution in the 1800s helped to make them more accessible (more on that later).

Interestingly, lighted candles atop a cake had been around for centuries at that point, although they didn’t have anything to do with birthdays. Ancient Greeks baked round cakes and topped them with lit candles to make the cake glow in a moon-like manner. This was to honor Artemis, the goddess of the moon. Even today, many cakes are round thanks to this early practice. In the 1700s, birthday candles became commonplace when Germans started regularly celebrating children’s birthdays, adding the decoration as part of the festivities [source: Patrick and Thompson].

Today there are hundreds of cake recipes and just about every country and region has its favorite. Let’s look at the science behind cakes next.