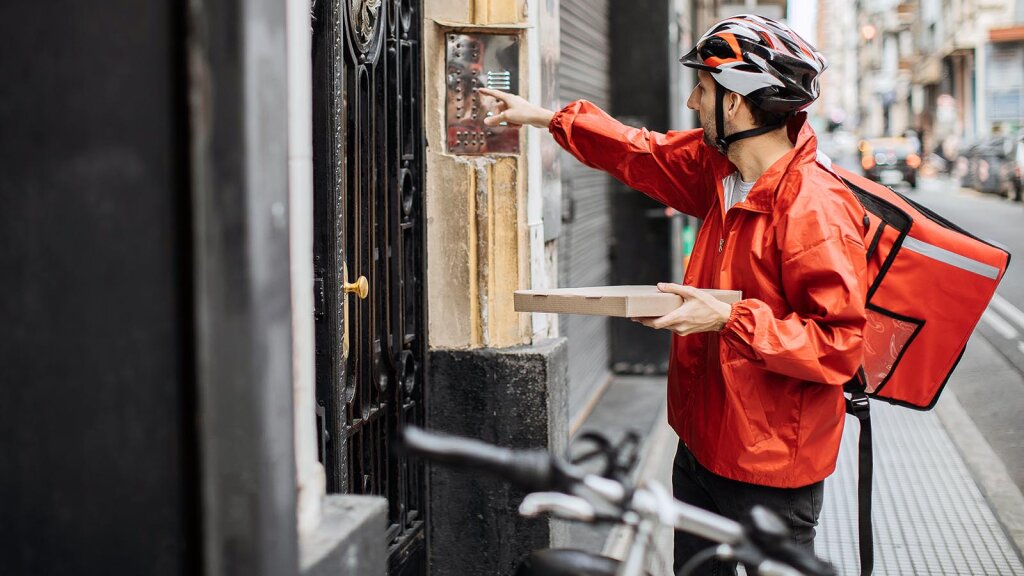 “Ding-dong!” Sounds like the pizza’s here. The delivery guy is out on your porch and he just rang the doorbell. By doing this, he’s activated one of the most useful devices in our electronics-driven world: A solenoid.

Life would be a lot harder without these things. Modern cars depend on solenoids; they’re an essential part of certain door locks; and hey, did you know you’ve got solenoids in your washing machine?

What Is a Solenoid?

Definitionally, every solenoid includes a coiled piece of metal wire. That’s how they capitalize on electromagnetism, one of the fundamental forces of the universe.

“Opposites attract” might be dubious dating advice, but it’s a steadfast rule in magnetism. All magnets include north and south poles. They also have a magnetic field that flow from the former to the latter.

Two north poles will naturally repel each other. Ditto for two south poles. But if you take a pair of magnets and put them close together, the north pole on the first magnet will become attracted to the second magnet’s south pole. It’s physics, baby.

Solenoids are helpful because they give mechanics and engineers some control over this process. When an electrical current flows through a metal wire, it produces a magnetic field. The charged particles within that field move in circles around the outside of said wire.

Coiling the wire makes its magnetic field stronger. With each new coil that’s added, the field gets more powerful. And here’s another thing to remember: The magnetic field is going to be more concentrated in the space within those coils — and less so in the area surrounding your wire.

Now here’s where it gets interesting. For the most part, solenoid wires come wrapped around a metal rod. (The word “solenoid” is a derivative of the Greek word sōlēnoeidēs, which means “pipe-shaped.”)

When the wire receives an electric current, this piece of metal will become attracted to — and get pulled toward — one end of the solenoid. But the effect is temporary. Cut off the electric current, and you kill the magnetic field. Then, thanks to spring-loading, your unit should revert back to its original position.

Basically, we can have our cake and eat it, too. Solenoids allow us to magnetize wires and then demagnetize them whenever we like (pretty much). All with the push of a button. Or the twist of a key.

Like we said before, cars use solenoids. Turning the ignition key relays electricity from your battery into a starter solenoid. Once it’s activated, several things happen. Electric current in the solenoid wire attracts a movable iron rod. The circuit between the starter motor and the car’s battery is completed. And a “pinion” gear wheel engages with a disc called the “flywheel.”

Within a couple of seconds, your once-dormant car engine comes alive. At least that’s how it’s supposed to work.

Has this ever happened to you? You’re sitting in your car and just turned the ignition key, but the engine won’t start. Instead, you hear an unpleasant clicking noise. The culprit might be a dead battery or a compromised alternator. Or perhaps your starter solenoid’s the real culprit here.

Any mechanic should be able to give your solenoid a test if (s)he’s got a circuit tester or multimeter handy. Sometimes, these parts are fixable. Sometimes, they’re not — and need to be replaced. So goes the life of a car-owner.

Cars and Appliances Use Solenoids

By the way, many cars also use solenoids in their electric door locks. Separate solenoids are called into action to either lock or unlock the door handles, using the same principles we’ve already discussed.

That’s not to say all solenoids are created equal. Plenty of variations exist, each with its own strengths.

Manufacturing and water treatment plants make good use of hydraulic solenoids. Just as the name implies, they regulate the flow of water and other liquids. Also, let us not forget the pneumatic solenoids that affect contained gasses in the same manner.

Coming full circle, we now return to the pizza dude on your front step. Not all doorbells use solenoids; newer designs tend to leave those out entirely. But even in the golden age of “smart” devices, many doorbells still incorporate the electromagnetic gizmos.

Let’s assume yours is one of them. When our pizza-carrier pressed the button, he sent electricity flowing through a built-in solenoid. The magnetic field this simple action produced dragged an iron core into the coiled wire. Next the metal hit a tiny chime, releasing a “Ding!” noise.

Obviously, the delivery guy couldn’t keep his finger on the button forever. Right when he let go of it, the magnetic field vanished and a spring shot that iron core in the opposite direction. Then the metal hit a second chime that went “Dong!”

Should give you something to think about while you enjoy those complimentary breadsticks.

Hollywood Today – Why Patrick Starrr’s New Beauty Brand Is Unlike Anything Else –...