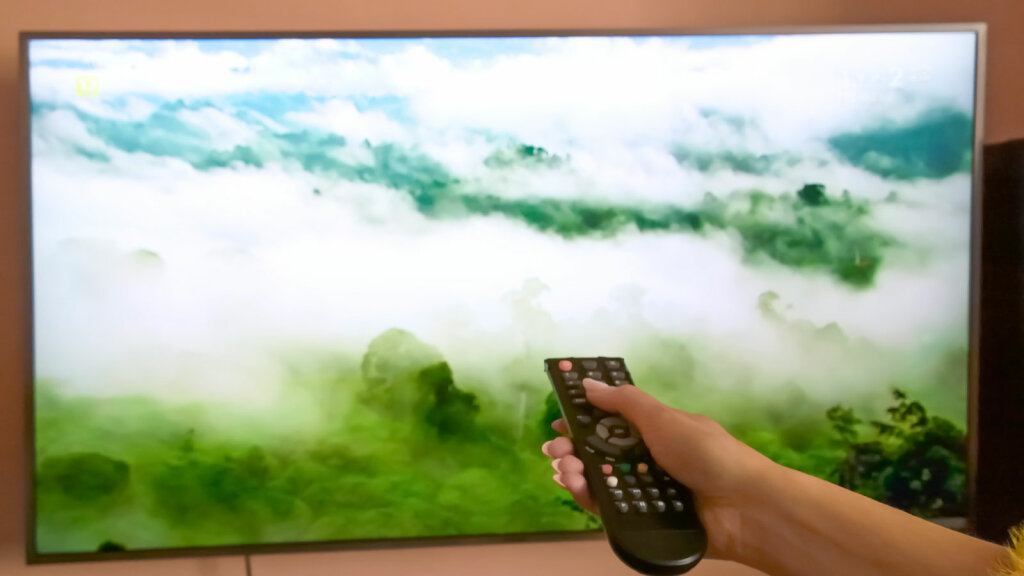 Before you start enjoying your brand-new television, you’ve got to get it set up the way you want it. You’ll connect it to the internet or a tuner of some kind (or both), add Blu-ray players or video-game consoles (or both), and go through the configuration process to get the sound and picture the way you like them.

But videophiles know that TV pictures can be fine-tuned to the standards used by film producers to give a more authentic picture, the way the director intended it to look.

“They want the colors of the scenery to be the same as they were during filming and they want shadow detail to be the same,” says Charles Cooper, a calibration expert certified by the Imaging Science Foundation (ISF), Home Acoustics Alliance (HAA), Sencore and THX and owner of Cinetune in Johns Creek, Georgia. “If a famous movie director walked into your home, and they turned off the lights and watched their movie, you would want that movie director thinking, ‘Yeah, this is what this is supposed to look like.'”

You may wonder why TVs don’t come preset from the factory to display their most accurate picture, but there’s a very simple reason. “A manufacturer’s drive is to sell TVs, and marketing departments understand their product must vie for attention against competitors on an ultra-bright sales floor,” Cooper says. “Ultimately, everyone attempts to grab attention by exaggerating color and contrast and making the picture much brighter than would normally be optimal under typical home lighting.”

When you bring your brand-new TV home, you may watch a movie you’d seen in the theater and notice that it looks entirely different using the TV’s default setting than it did on the big screen. You can change that through calibration. Although none of your TV’s picture modes built in to your display will likely be entirely accurate when you pull it out of the box, there’s usually one mode that’s closer to the others. Each manufacturer has its own name for this mode, although most call it something like “cinema,” “movie” or “theater” mode. Despite its name, Cooper says, this mode is accurate for all types of content from sports and sitcoms to Hollywood masterpieces. Producers create and capture content using displays calibrated to industry professional standards.

If you want to want to improve upon your TV’s default settings, you can hire a professional TV calibrator, or opt for the less-expensive option and do some of the work yourself, using Blu-ray setup discs or software with test patterns. THX also offers a smartphone app designed to help you calibrate your TV. Here are some other tips:

1. Start With the TV in its Most Accurate Mode

This will be the “movie” or “cinema” mode, or whatever name your TV’s manufacturer gave it. Then, check the owner’s manual to learn about your specific display before you start adjusting other settings. “Different manufacturers use the same terms to mean different things,” Cooper says. For example, the “brightness” setting may control the display’s backlight or it could adjust the black level in the picture, two very different things.

2. Look for the Reference Settings Used by Professionals

In your search bar, type something like “calibration settings” along with your TV’s make and model to see what the experts advise. Reputable tech sites such as CNET, Rtings, or Vincent Teoh’s HDTVTest are good sources of this information. Copying the settings they suggest will ensure your TV image is not overscanned (meaning the image has not been cropped by your TV) and that the picture quality is fine-tuned.

That said, don’t change the color gamut calibration and grayscale settings. “Without professional equipment, you’re better off leaving those on the default setting as each TV off the assembly line will vary too much to make these useful,” Cooper says. “But if the ‘movie’ picture mode is correct on an identical model TV from a reputable site, it’s likely going to be correct on yours. A calibration DVD should help steer you toward the portion of the TV’s display that can be adjusted properly without equipment.”

There’s no way for the TV manufacturer to know the environment in which you watch your favorite movies. “With an LCD TV for example, the manufacturer might set the black level expecting the viewer to sit directly in front of the display. But what happens if that’s not the case?,” says Cooper. “If you’re always watching from an angle, the correct setting for black level may be different.”

Ambient light also makes a significant difference. “The more ambient light there is, the harder it is to see shadow detail, and colors can become washed out,” he adds.

4. Optimize Your Video Sources As Well

Calibrating your TV by itself won’t account for the signals coming from a particular cable box, streaming internet video or Blu-ray player. “Often cable boxes are overscanned or set to the wrong resolution, detracting from the sharpest picture possible,” Cooper says.

Most displays Cooper adjusts come from the factory zoomed-in or “overscanned” a few percent. Why would the manufacturer choose to scale and soften the image when the TV can show more of the football field razor-sharp without any scaling at all? A very small percentage of lower-budget, often local, broadcasts can have noise at the top of their image. Since most folks won’t understand why they’re seeing this, TV manufacturers fear the TV will get the blame and get returned to the store.

To make matters worse, sometimes cable providers do the same thing to prevent people from calling about a “defective” set-top box. Thus, what is likely a pristine image is getting zoomed-in twice to save us from a bit of noise on a very small percent of content. You can fix this problem by going to a setting with a name like “aspect ratio” or “picture size.” Select an option called “screen fit” or “1:1” or some other name.

With all of these factors to consider, calibrating your home theater system may seem too challenging. But don’t give up. Cooper says that as long as you know what factors affect your particular viewing experience and start your calibration using research from sources you can trust, you can make many adjustments that will improve your viewing experience. “If you put the time in, and you get a disc, and you follow the description for each test pattern, you can do a world of good and get a tremendous value out of just a few basic adjustments,” he says.