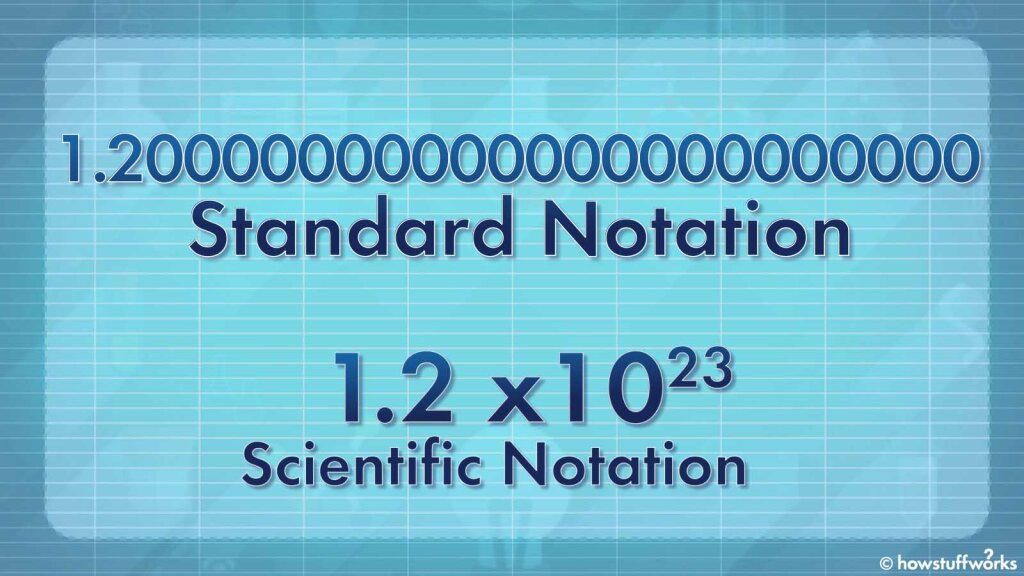 Astronomers estimate there are at least 120 sextillion stars in the observable universe. By most accounts, that’s a seriously impressive number. One sextillion is written out as a “1” followed by 21 zeros. And when we commit 120 sextillion to paper numerically, it looks like this:

But Houston, we have a problem. Long strings of zeros and commas aren’t exactly great reading material. Taken in context, this particular sum should make our jaws drop. Just think about its implications: There are more stars in the universe than there are grains of sand in all of Earth’s beaches and deserts — or cells in the human body. Truly, 120 sextillion is a mind-blowing number.

Yet comprehension is the key to communication. The plain fact is, one sextillion — or 1,000,000,000,000,000,000,000 — isn’t a sum most of us think about or interact with every day. So its significance is hard to grasp. Besides, all those lined-up zeros look rather dull, and writing them out by hand or keyboard is a tedious, error-prone chore.

Now wouldn’t it be great if there was some kind of useful shorthand? Well fortunately, there is. Ladies and gents, let’s talk about scientific notation.

The Basics of Scientific Notation

What’s that itty-bitty “2” next to the number 10? We’re glad you asked. That’s what’s called an exponent. And the full-sized number (i.e., 10) to its immediate left is known as the base. The exponent tells you how many times you need to multiply the base by itself.

(By the way, when solving math problems on a computer or calculator, the caret symbol — or ^ — is sometimes used to denote exponents. Hence, 102 can also be written as 10^2, but we’ll save that conversation for another day.)

Here’s how we made that conversion. When you use scientific notation, what you’re really doing is taking a small number (i.e., 2.0) and multiplying it by a specific exponent of 10 (i.e., 103).

To get the former, put a decimal point behind the first non-zero digit in the original number. Doing so in this example leaves us with “2.000.” Mathematically that can also be written as just “2.0.”

A Sextillion by Another Name

But admit it, the latter is way easier on the eyes. Besides, the exponent gives you an immediate sense of how ginormous the total number really is. And it does so in a way that tallying up the zeros never could. Such is the simplifying beauty of scientific notation.

You’ll be happy to know this process can be applied to numbers that are smaller than one.

Suppose you’ve only got one-tenth of an apple. Mathematically that means you have 0.10 apples at your disposal. Likewise, if there’s only one-millionth of an apple on your lunch tray, you’re dealing with a paltry 0.000001 apples. Tough break.

There’s a way to write this sum down using scientific notation — and it’s not all that different from the technique we’ve been practicing.

Here (again) we’ll need to take the existing decimal point and put it to the right of the number’s first non-zero digit. Do that and you’ll wind up with a plain old “1.” In the name of mathematical clarity, we’ll write this as “1.0.”

Sports Today – Lowe busts out with 2 HRs as Rays...

Hacked! – The 7 Best Running Watches for Tracking Your Exercise