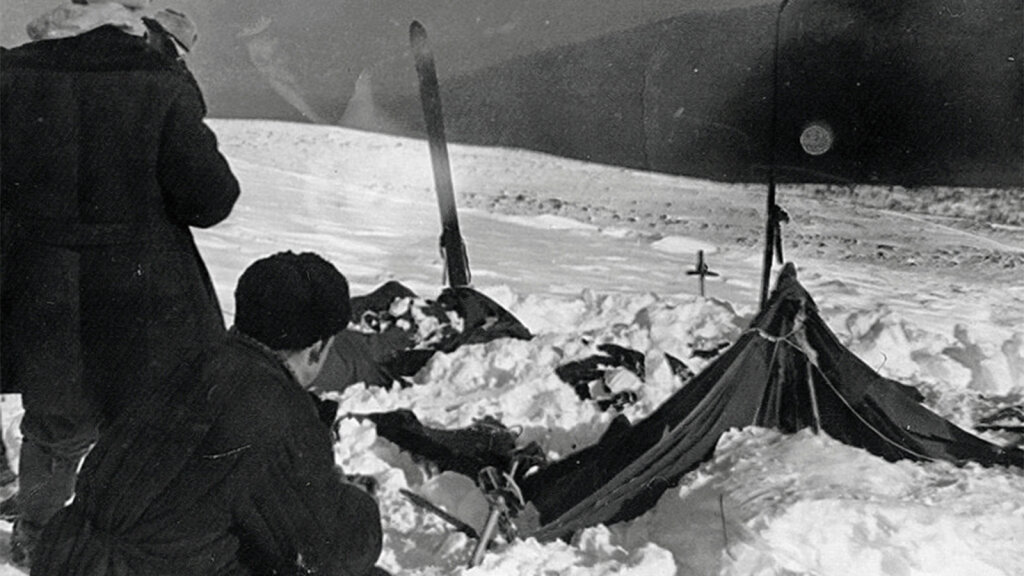 Forget the unknowns surrounding Amelia Earhart‘s fate or who really shot JFK. One of the most enduring unsolved mysteries of the 20th century is what happened to nine hikers found dead at Dyatlov Pass in the Ural Mountains of Russia in 1959. And although it happened decades ago, government officials in Russia are – once again – working on a preliminary investigation that could ultimately reopen the case in an effort to resolve its unanswered questions.

In doing so, they could give rest to the nine weary souls who perished, along with the families who never really understood how their loved ones died.

The odd series of events started in the winter of 1959, when savvy outdoorsman and 23-year-old college student Igor Dyatlov assembled a group of 10 people to go on a skiing/hiking journey through a northern stretch of the Ural Mountains, in what used to be the Soviet Union.

The adventure wasn’t just a group of crazy college kids on a lark. They didn’t pack booze. They swore off cigarettes. It wasn’t vacation — it was a mission. All of them (eight men and two women) were experienced outdoorsy types, with Grade II-hiker certifications including ski experience, and the 190-mile (306-kilometer) journey would qualify them for Grade III status, the highest possible certification in the country at the time.

On Jan. 25, they set out into the cold and snow. Almost immediately one man, Yuri Yudin, felt physically unwell and turned back for home. He could not have known at the time that his ailments would save him from certain death.

The nine others continued onward.

On Jan. 31, the group reached a critical waypoint, a valley that marked the approach to what would eventually come to be called Dyatlov Pass. There, they stashed extra gear and food that they’d need for their return trip.

The following morning, they began their ascent, hoping to push over the pass and then make camp. But a fierce snowstorm pushed them off their intended route and onto the slopes of a mountain named Kholat Syakhl, which, in the language of the indigenous people who live here, means “Dead Mountain.”

The altered route meant that the team had to choose a new campsite. Rather than retreating to a more protected area they opted, for whatever reason, to camp on the mountain’s exposed slopes.

Perhaps they simply didn’t want to lose the ground they’d gained. Maybe they were too cold and weary to fall back. In any case, they pitched their large shared tent, where they would soon be subjected to temperatures that nosedived to around -40 degrees Fahrenheit (-40 degrees Celsius).

Researchers know this much thanks to journals and film recovered from the camp. But much of what transpired during the next two days on Kholat Syakhl is hard to understand. The group failed to arrive at a rendezvous point at a predetermined time, so search and rescue teams, including army units, set out to find them.

What the Searchers Found

Three weeks later, on Feb. 26. 1959, they finally located the ruined camp, amid a string of truly weird circumstances. How weird? Let us count the ways.

It wasn’t until May 4 that the weather warmed enough for investigators to track down the other dead, whose remains were found a few dozen feet from the chaotic campfire, their bodies lodged in a creek bed.

Autopsies showed that the first six hikers found died of hypothermia. But:

Officials first suspected that the Mansi may have been offended by the trespassers on their sacred land, causing them to lash out in violence against the hikers. But in the end, investigators concluded that no one else was on the mountain when the hikers died.

By the end of May, the investigation was officially ended. The causes of death were listed as “compelling natural force.” Some documents were then classified, and the area was closed to public access for years following the incident.

Given the circumstances, you can see how surviving family members might be unsatisfied with the government’s vague conclusion.

In the vacuum of an actual explanation, many wild theories took root. Here are some of them:

Now, more than 60 years later, the case escalated from regional authorities to a federal branch of the country’s Investigative Committee, which obtained all relevant documents regarding the deaths as part of the research process.

To begin the fresh inquiry, officials whittled down the list of 75 possible causes to just three of the most likely hypotheses, all of which centered on natural causes: a hurricane, avalanche or snow slab. The idea was that they’d revisit the area with those three possibilities in mind in hopes of untangling the course of events.

But investigators were dealt a tough hand right from the start. None of the three possibilities seems to explain why:

All of the strange circumstances so puzzled Teodora Hadjiyska that she launched DyatlovPass.com as a comprehensive archive of many documents and images related to the case. Born in Bulgaria, she’s one of the few people who has taken the time to translate the many Russian files into English, and has created a comprehensive database of all the photos, evidence and theories, making her an expert on the tragedy.

In an email interview, Hadjiyska says the information that’s publicly available – either by ineptitude, or more ominously, by design – doesn’t fully explain what happened to the hikers. She’s also far from convinced that the government is trying to truly solve the case rather than using half measures to pacify families still yearning for answers.

After years of picking through the information, she has her suspicions about what transpired on that frozen mountain.

Her take? The hikers were murdered.

Hadjiyska says she thinks that something alarmed the group and they clambered out of the tent. Then, her theory goes, armed people confronted them and there was a brief scuffle.

“The hikers were marched down to [to the tree line to] die from exposure. They didn’t know that. They thought the perpetrators [were] after their belongings. So, they complied,” she says. Certain that their victims would quickly perish in the life-draining cold, the murderers wandered back to the tent.

The half-naked group frantically – perhaps miraculously – managed to start a campfire, which alerted their foes, who rushed back down the hill to finish them off. By then, the three who were wearing more substantial clothing had moved away from the fire in a bid to create a shallow snow den to survive the night. But soon they were found, too, beaten to death, and then dragged to the creek.

“It still lacks the who and why, but [this scenario] explains the mysterious behavior of the hikers. It is a murder, [so] it doesn’t have to make sense,” says Hadjiyska. “Little can be safely deduced from the facts, but at least there is no doubt that somebody helped them die.”

She feels certain that the group was under attack in three separate instances – at the tent, then the tree line and then at the snow den. “The whole ordeal must have taken hours. Even if something scared them at the tent (fireball, avalanche, yeti) that something had to follow them to the cedar after they had the time to make the fire.”

That’s because building a fire takes time – which means that the hikers were under the impression that they would make it through the night. They also had the time and energy to make the den. “And then something really awful happened to whoever was left alive while they were not in the den.”

She believes this hypothesis shows a pattern of assailants following the group and escalating the attack, amid unbearably cold and perhaps blizzard-like conditions, where confusion and panic affected all parties.

To date, Russia authorities have not released a statement regarding what’s still regarded as a preliminary investigation, but they’ve assured the public that modern forensics and analysis will be used during this phase.

Perhaps with new insights they’ll finally wrest real answers from the grips of an icy-cold tragedy that seems frozen in time. Or maybe, just maybe, those who really know what happened on the slopes of Dead Mountain will do everything they can to further bury the truth in an avalanche of half-truths and lies.