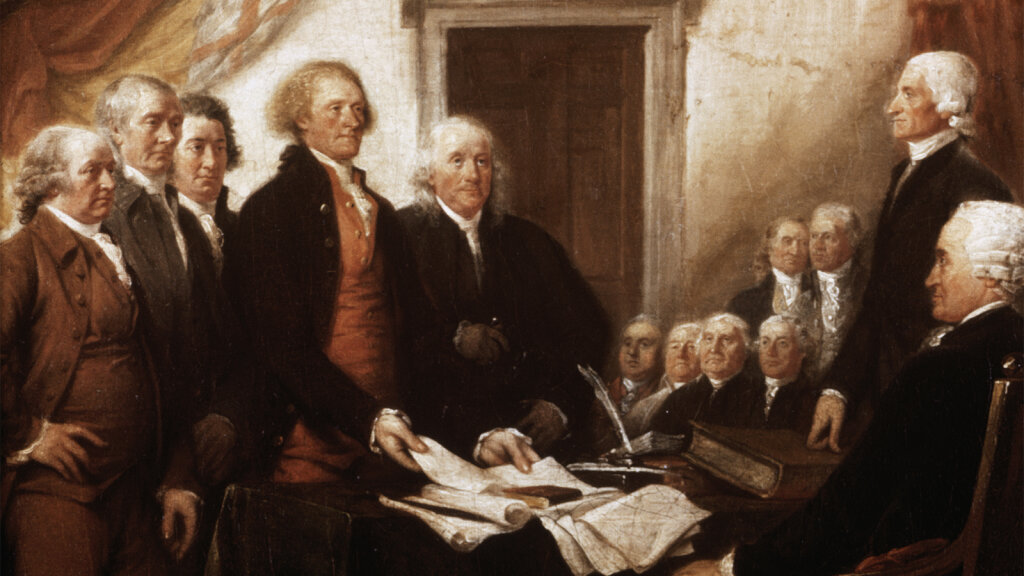 “Life, Liberty and the Pursuit of Happiness …” — perhaps the most recognized phrase from the Declaration of Independence — was written in 1776 by Thomas Jefferson, a man with not only distinguished, mature wisdom but with curled, white hair characteristic of America’s Founding Fathers. But don’t let those two traits fool you — Jefferson was far from the old man most of us might imagine him to have been when he wrote and signed the Declaration of Independence.

Only 33 years old at the time, Jefferson was actually following a high society hairstyle trend that included dousing a wig (or one’s natural hair) with white powder in order to cover the smell, as well as create a mature, refined look.

And he was far from alone in his youth. While some of the other signatories were in their 50s or 60s, many others hadn’t yet reached their 40s. This created a whopping 44 year age difference between the oldest signatory — Benjamin Franklin at 70 — and the youngest two, Edward Rutledge and Thomas Lynch Jr., both 26.

Here are 13 of the men who signed the Declaration of Independence and just how old they were when they signed: