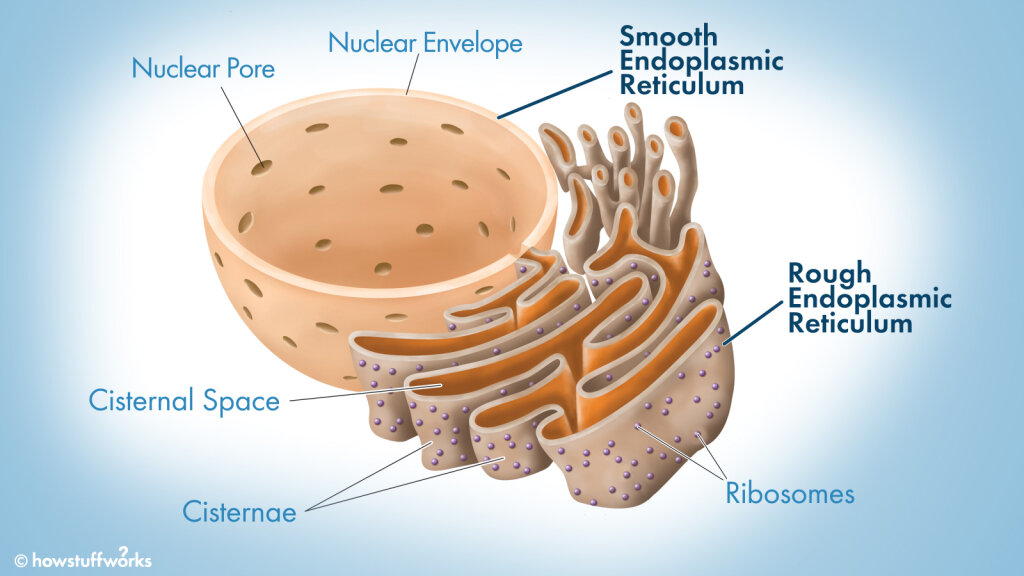 A eukaryotic cell is sort of like a quaint little self-sustaining village, home to a variety of different organelles providing valuable services that benefit the entire town: a bakery, a mechanic, a grocery store and a mayor. Cells have little stuff-doing structures called organelles that serve specific purposes just like the specialists in a community.

There are two different regions to the endoplasmic reticulum — rough and smooth — and both are found in both plant and animal cells, and although they appear to be separate when you look at them under the microscope, they’re really just different compartments of the same organelle.

The rough endoplasmic reticulum is composed of an interconnected network of flattened, membrane-enclosed sacs known as cisternae and it appears bumpy because it’s studded with little molecules called ribosomes that assemble proteins out of polypeptide chains and package them up to be used by other organelles or membranes within the cell itself or even exported outside of it. The rough endoplasmic reticulum provides quality control for these proteins and further organizes them for shipment out of the factory and to their final destination.

Sports Today – Vettel admits Leclerc in ‘another class’ at Portuguese...