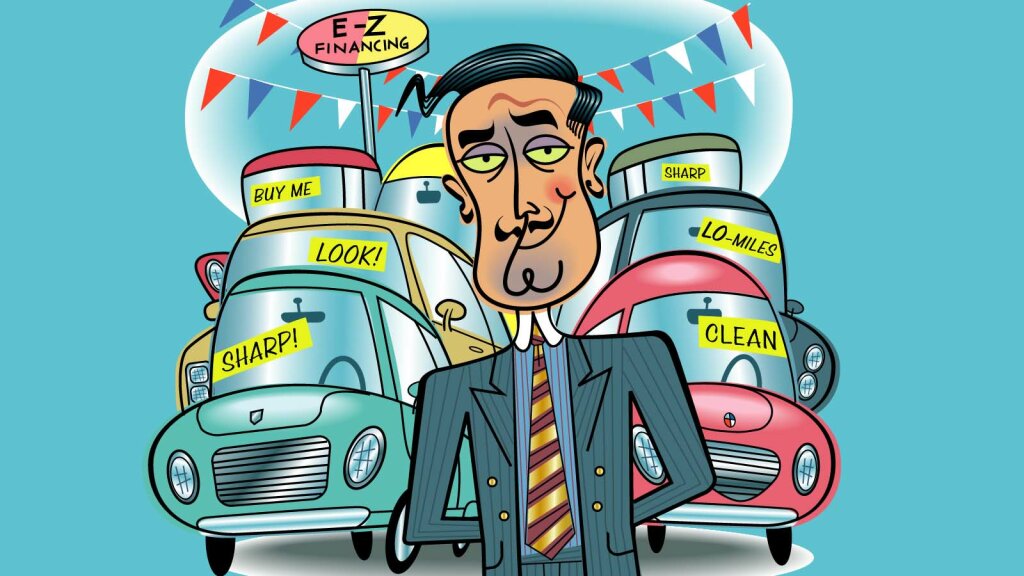 Though few of us speak or even read Latin in the 21st century, “caveat emptor” is a phrase you may have heard and even used. It comes from the Latin verb “caveo,” which according to the Oxford Latin Dictionary means “to be on one’s guard, take care; beware of,” and “empor,” which means “buyer” or “purchaser.” So we could say “purchaser take care,” but that really doesn’t have the same ring, does it?

Though the language is more than two centuries old, the phrase “caveat emptor” is not. Its first known use was in a book on animal husbandry by John Fitzherbert published in 1523:

[The horse] is no chapmans ware yf he be wylde: but and he be tame and haue ben rydden vpon, than caueat emptor, be ware thou byer.

What Fitzherbert was saying here was that if a horse is obviously wild and unbroken, then you would know not to buy that horse. But if he’s tame and has been ridden, then any other flaws the horse might have are up to the buyer to find. It’s not up to the seller to tell the buyer if he has a lame leg or bad teeth; it’s up to the buyer to use his eyes and hands to find these things out for himself. The risk is entirely on the buyer’s shoulders.

Fitzherbert likely rendered the phrase “buyer beware” into Latin to make it sound more official and legal-like. And it does. We still use “caveat emptor” in our modern financial laws. But the Romans who spoke Latin — and who had been dead about a thousand years — did not have a concept of this kind of relationship between buyer and seller.

One possible reason for this is that an ancient Roman buyer would have known who they were buying from. They would likely have been from the same community, and so would have known about the horse, or the land or whatever was being sold. By the 16th century, middlemen, shop owners and sales agents were firmly in place, so buyers had to be vigilant. And now, when we’re buying online from JohnQ616398, it’s more important than ever to know who is taking the risk in any transaction.

There are some protections for buyers, chief among them being a warranty. There is no way for a modern buyer to possibly know all the things that could go wrong in, say, a new car. There’s not even a way for the salesperson at the dealership to know. So warranties and other consumer protections are in place to help buyers make the most informed decisions possible when you can’t know every problem in advance.

Trending – Rufa Mae Quinto on her extended stay in the U.S.: ‘Madami akong...