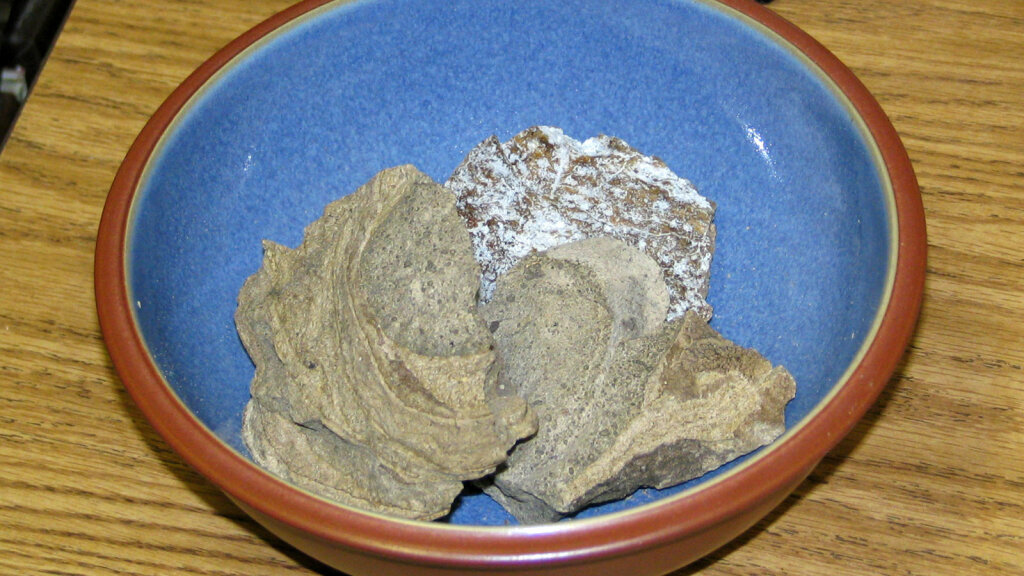 In 2016, three fishermen from the middle eastern country of Oman struck “floating gold” in the form of ambergris, traditionally thought to be whale vomit. (Modern science says the waxy substance is more like a whale gallstone, or whale poop.) Although it sounds pretty repellant, ambergris is actually worth big bucks — the chunk that these guys stumbled upon weighed 176 pounds (80 kilograms) and was allegedly worth nearly $3 million. But why was it so valuable?

Ambergris (which comes from a French phrase meaning “gray amber”) forms in the intestines of a sperm whale. Scientists have found squid beaks in clumps of ambergris, leading many to surmise the ambergris is something of a protective secretion that protects sperm whales’ digestive tracts from the scratching of those hard beaks. Traditionally, scientists believed that whales threw it up because they couldn’t digest the substance, but many scientists now lean toward thinking that ambergris is passed out just like fecal matter.

The Sweet Smell of Ambergris

When a whale initially expels ambergris, it is soft and has a terrible smell. Some marine biologists compare it to dried cow dung. But after floating on the salty ocean for about a decade, the substance hardens and becomes smooth, waxy and usually rounded. The dung smell is gone, replaced by a scent that has been famous for hundreds of years, probably more. The longer it floats, the better the scent.

The smell is so fine that ambergris is a coveted ingredient for fine perfumes. In fact, it’s described as being smooth, musky, earthy, sweet or simply “indescribable.” Aside from its unique odor, ambergris’ vital function is helping perfume scent to bind to the surface of the skin and stick around, instead of quickly evaporating.

That’s not its only claim to fame. It is also said to be an aphrodisiac, a homeopathic remedy and a high-end flavoring for food. Indeed, the first-known recipe for ice cream, circa the 1660s, used ambergris as a flavoring! Adventurous eaters better scarf it down fast, though, as such ice cream starts off smelling lovely, like vanilla, but as it melts the scent becomes far more fecal in nature.

Ambergris is something of a collector’s item, as it is in short supply. No other whales besides sperm whales produce it, and even then it’s typically somewhere in the middle of the ocean, so it’s a rare find. Ambergris only washes up on a beach somewhere every few years, tops, and is found in less than 5 percent of the sperm whale carcasses that do make it to shore.

That makes the product extremely valuable, but not in the way it once was. Chemists have replicated some of the traits of ambergris synthetically, making it a less-necessary component in perfumes. But it’s still prized for its rarity, and certain perfume makers certainly prefer it to lab-created ingredients.

However, in some countries, including the United States, endangered-species legislation makes it illegal to buy or sell the stuff. Of course, that only makes it more desirable in certain circles. Experts quote the current rate for ambergris at about $35 per gram, depending on its quality, but legal issues can make it difficult to find a buyer. To give perspective, a gram of gold runs about $61 per gram, as of October 2020.

Identifying the ambergris is the hard part, especially as it can be found in virtually any coastal area. Most of the time, when people go to an expert with a chunk of a waxy substance they found on a beach, sure they’ve hit the jackpot, it turns out to be wax or rocks or the petrified remains of an animal.

So how can you be sure? Ambergris is white, gray, black or all three. The most valuable color is pure white, or a similar tone, as it’s the oldest. It has a hard, waxy texture and an unusual, pleasant smell. The least valuable is pure black ambergris, which stinks like manure because it’s freshly expelled. Aside from that, there’s not much to go on in terms of telling whether or not the substance is truly ambergris. One thing to note is that ambergris should be very light in weight, so if it’s too heavy to hold easily (given it’s a normal size) then it’s probably not ambergris.

Experts caution people not to perform the needle test (sticking a heated needle into the substance to see if it turns into a tar-like liquid) or other tests at home to determine whether you’ve found ambergris. That’s because these tests are misleading and if you’re not familiar with the substance, you may make an incorrect diagnosis as to what you’ve got. Some of the substances commonly mistaken for ambergris include fat, degraded oil and mixed polymer, pine resin, amber and wax.

If you really think you have ambergris in your possession, a lab can conclusively perform tests. Chemists will test for benzoic acid and cholesterol in the sample. If the amounts are indicative of ambergris, it will usually be tentatively confirmed as ambergris, although perfume companies will typically order more chemical tests before purchasing the erstwhile whale product. Some experts, though, say that the only way to absolutely identify ambergris is examination by someone who has extensive experience with the look, feel and scent of it.

Hacked! – The 8 Biggest Changes in macOS Big Sur You Should Check Out

Hacked! – The 8 Biggest Changes in macOS Big Sur You...

Hacked! – How Do Fireworks Explode in Specific Shapes?