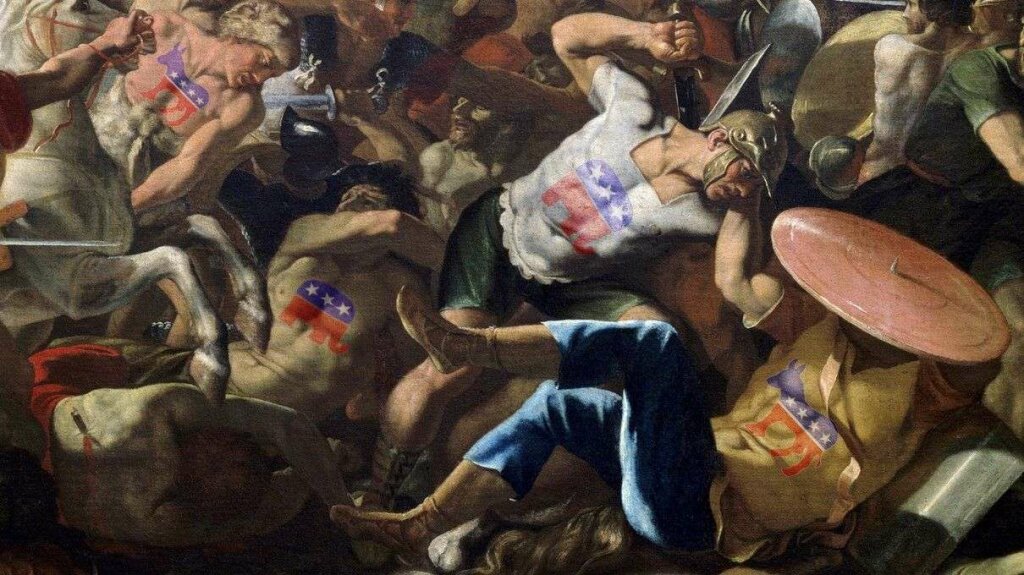 It’s just past election season in the United States, so there’s a good chance you’ve had a conversation with your friend/mom/boss/insurance agent in which they say something and you think, “Whoa, that’s messed up.” At this point, of course, you have two choices: You can argue or nod politely and try to change the subject.

A study published in the journal Psychophysiology finds that although it’s tough to voice your beliefs to an audience that thinks your ideas and values suck, it’s probably good for you.

Conflict is undeniably uncomfortable, but it’s also not entirely pleasant sitting between your uncle and dad at Thanksgiving dinner, politely nodding as they get fired up about a wild political conspiracy theory.

“People can show conformity, but going along with the group doesn’t mean they’re going along happily,” said Mark Seery, an associate professor in University of Buffalo’s department of psychology, in a press release announcing the study. “The external behavior isn’t necessarily a good indication of their internal experience.”

But how can a scientist gauge someone’s response to those experiences? Thanksgiving dinner can’t be eaten in an MRI machine, and you can’t very well keep interrupting study participants to ask them how they’re feeling about a conversation now … and how about now? So just how did the researchers conduct this study?

“We can tap into the experience using psychophysiological measures, which is what we did in this case by assessing cardiovascular responses,” said Seery. “That’s where this study started. To try to understand what that momentary experience of conformity pressure is like.”

Knowing that when people are trying to reach a goal, we feel pleasantly challenged if we have a lot of resources at our disposal and very few obstacles, whereas few resources and lots of obstacles makes us feel threatened and anxious, the researchers gave each study participant the goal of either agreeing or disagreeing with the political opinions espoused by different groups of people in different experimental situations.

“You may have to work to reach a goal, but when you experience challenge, it is more like feeling invigorated than overwhelmed,” said Seery. “It is consistent with seeing something to gain rather than focusing on what can be lost.”

Would that entirely mean you should rile up the whole crowd? Well, the study didn’t account for family dynamics, history and maintaining relationships. But while that’s all well and good for the real world, what about disagreements on social media and other online platforms? Watch this Stuff They Don’t Want You to Know video to shed a little light on that (futile?) endeavor:

Sports Today – The best college football player you don’t know, a different kind of rivalry week and more for Week 13

Hacked! – Is the Kami’s Wire-Free Outdoor Camera Good Enough to Secure Your Home?