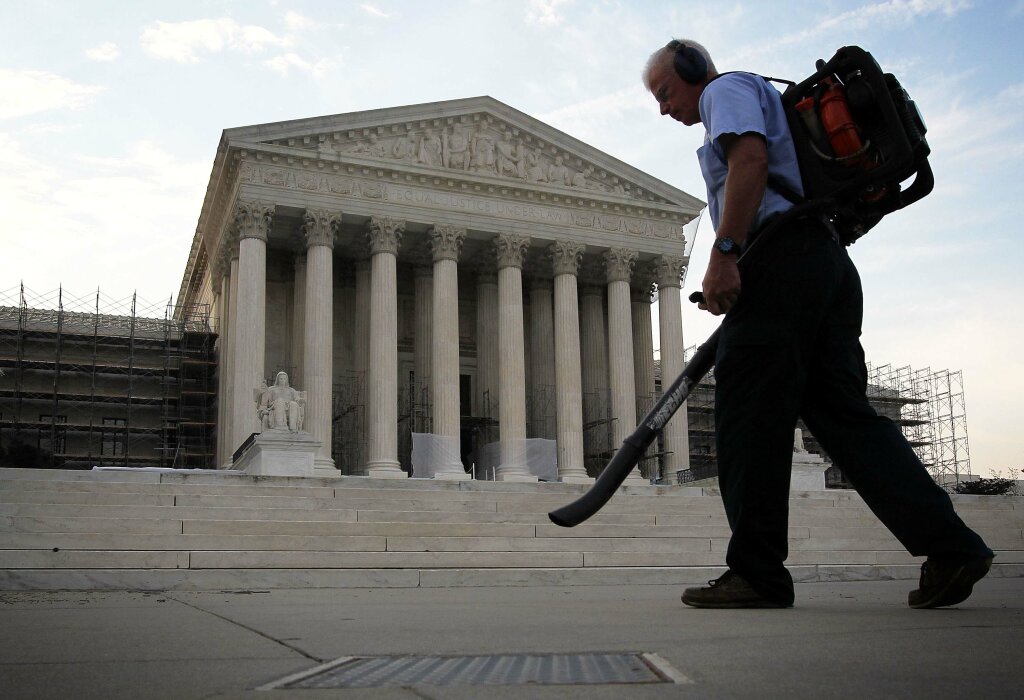 Ah, the sounds of autumn: birds boisterously migrating, marching bands cheering on the home team, and of course, the unmistakable whine of leaf blowers as the neighbors — or their landscapers — shuffle debris into your yard at what seems like a million miles per hour.

Leaf blower etiquette may not be as clear-cut as cultural niceties like keeping your elbows off the table or refraining from swearing in public. But the law is pretty clear. Turns out, the leaves that fall onto your property — even if they originate from a tree on neighboring property — become your problem. The law generally considers leaves a “natural product,” and even if your neighbor’s leaves clog up your home’s gutters or smother your grass, a legal claim isn’t typically available as redress.

Even the people who own a tree aren’t normally held responsible for the leaves. The matter of leaves and trees typically falls to state and municipal statute rather than federal law. Tennessee’s Lane v. W.J. Curry and Sons, which in 2002 went all the way to that state’s supreme court, ended with the ruling that litter from trees, such as leaves, twigs and small branches, is considered a natural, general nuisance and has no particular owner. Therefore, landowners are not expected to clear this type of debris. But what if they do clear it — right onto their neighbor’s lawn?

As long as they aren’t actually setting foot on your property, which could be considered trespassing, the blowing of leaves is a gray area that may be interpreted by municipal code or state statute. Your local city hall or a search of state statutes may hold the answer for where the responsibility lies for leaves and their displacement by leaf blowers. Keep in mind, however, that blowing leaves into the street where they will impact wastewater drainage is another matter. Many cities have enacted municipal codes that prevent property owners from blowing leaves into the right-of-way. The action is considered illegal dumping and can carry fines up to $500 and/or six months of imprisonment, depending on the locale.

Hacked! – The 15 Best Self-Help Audiobooks to Change Your Life