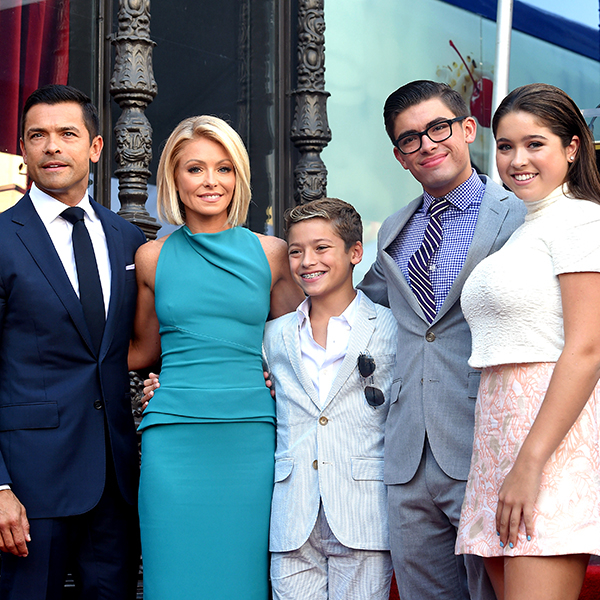 Even celebrity kids get embarrassed by their parents—just ask Lola Consuelos.

The 19-year-old daughter of Kelly Ripa and Mark Consuelos revealed the types of posts she’d rather not see on her mom’s Instagram feed during an interview for People‘s family issue.

The topic came up after the NYU student was asked about the kinds of posts her mother shares that she would never personally publish. Lola said she would never clap back at haters the way her mom does and called Kelly’s “belfie,” or butt selfie, “ridiculous.” The 49-year-old Live With Kelly and Ryan host then noted she thought her daughter would have for sure told her not to post “thirst trap” pictures of Mark.

“That’s disgusting,” Lola replied. “I blocked that out of my mind. I forgot that you even did that.”

This wasn’t the first time Lola had called out the couple. Over the years, fans have watched her share how she really feels about her mom and dad—who are also the proud parents to Michael Consuelos, 23, and Joaquin Consuelos, 17—both on social media and on Kelly’s show.

Of course, the morning show star and the Riverdale actor aren’t afraid to lay down the law. Who could forget when Kelly talked about shutting down Lola’s debit card account after seeing her Postmates bill, or the time she recounted being tipped off to Lola’s rooftop party by her house alarm? Needless to say, the family members have a lot of love for each other, too.