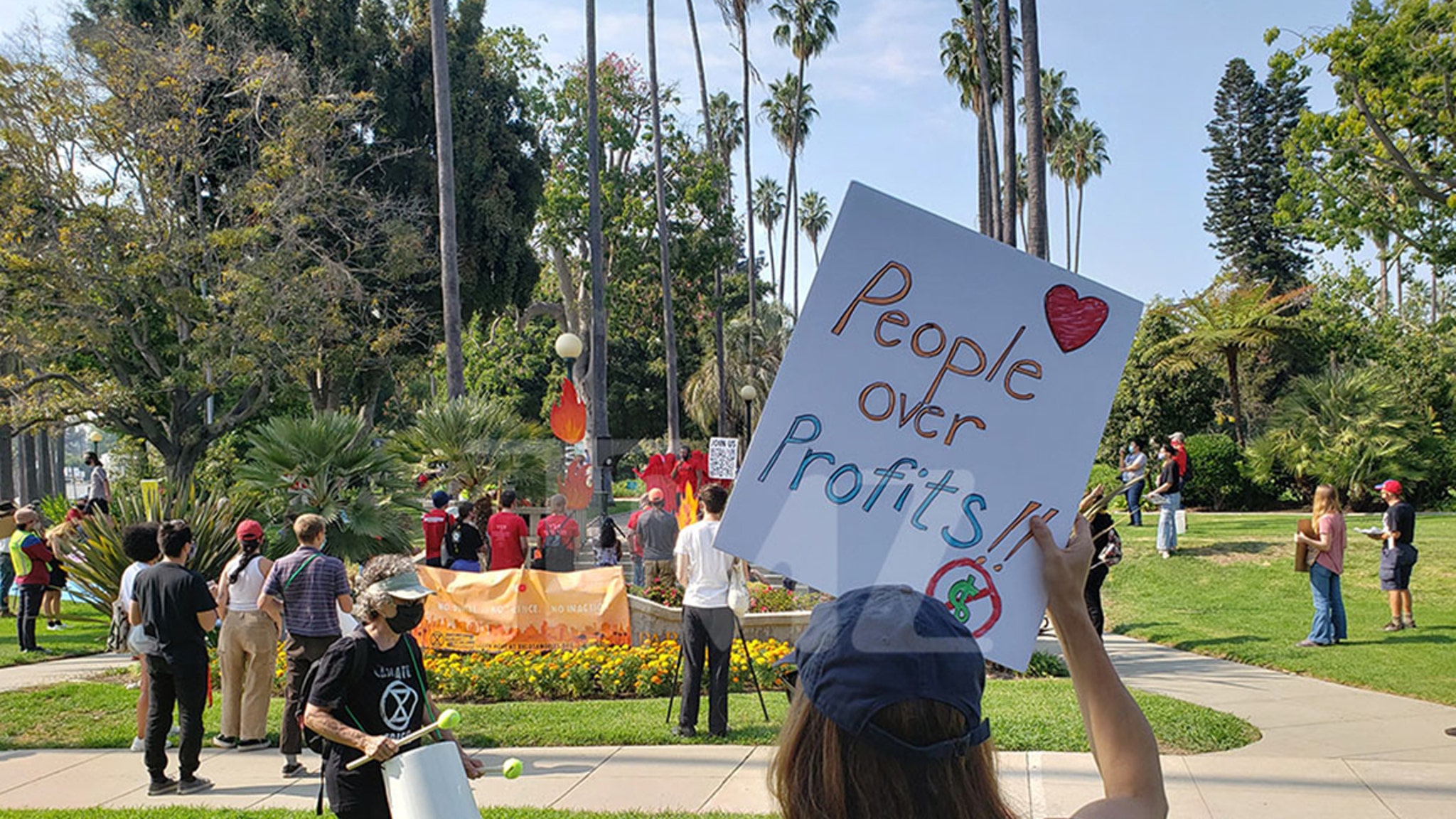 A group of climate and labor activists have gathered in L.A. to protest Amazon and its founder Jeff Bezos … and they’re taking their protest all the way to his doorstep.

The Congress of Essential Workers is the group of former and current Amazon warehouse employees leading the march, whose mission is to call out the company for its working conditions and impact on the climate.

The protest kicked off at 2 PM at Will Rogers State Park, with the group addressing the crowd about the alleged corporate greed and mistreatment of the planet by Amazon.

Many were seen holding signs saying “Tax Bezos” as well.

Corporate greed fuels the climate emergency. We need a coalition of environmentalists, workers, and customers to fight back, and that’s what this protest today represents.#PeopleOverProfit #ClimateActivism pic.twitter.com/H80bgvXZKK

The protesters are now marching to Bezos’ pad in Beverly Hills, less than a mile from the park, where they plan to stop and demonstrate before returning to the park.

The march was promoted earlier this week online with the tagline, “The wrong Amazon is burning!” … and the protest comes just a little over a week before Amazon’s popular Prime Day.

As we’ve reported … the e-commerce giant’s already having a bad publicity week on the heels of revealing it’s had nearly 20 THOUSAND cases of coronavirus among its labor force since March.

And, this protest isn’t even really about that.