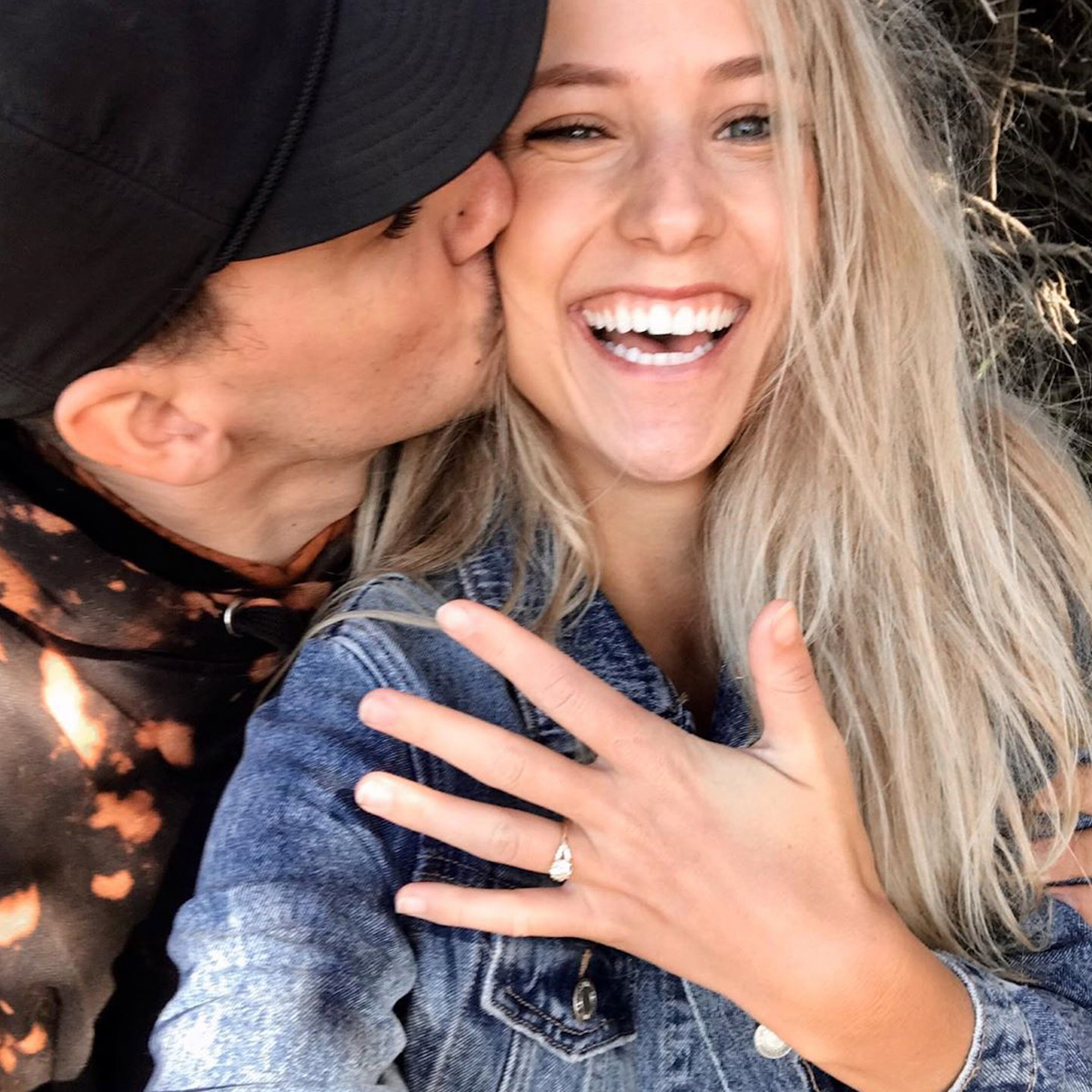 Curtis Hadzicki and Jenni Knapmiller finally know the answer to the question, “Are you the one?”

The reality stars, who appeared together on season two of MTV’s Are You the One? in 2014, are officially engaged after five years of dating, the couple confirmed via social media on Thursday, Oct. 8.

Curtis popped the question to Jenni at Cape Kiwanda Beach on the Oregon coast with a ring from Marrow Fine by Jillian Sassone.

Jenni showed off her sparkler on Instagram, writing in the caption, “I didn’t know I could smile this big.”

Curtis also took to social media to mark the occasion.

I’ll spend the rest of my life trying to properly thank you for all that you do,” he wrote on an Instagram pic of him kissing his now fiancée. “I love you forever.”

Of course, the reality show got credit for bringing the couple together.

In the comments section, Jenni tagged the show’s official account, writing, “I guess we owe you guys a shout out for putting us in the same room!”