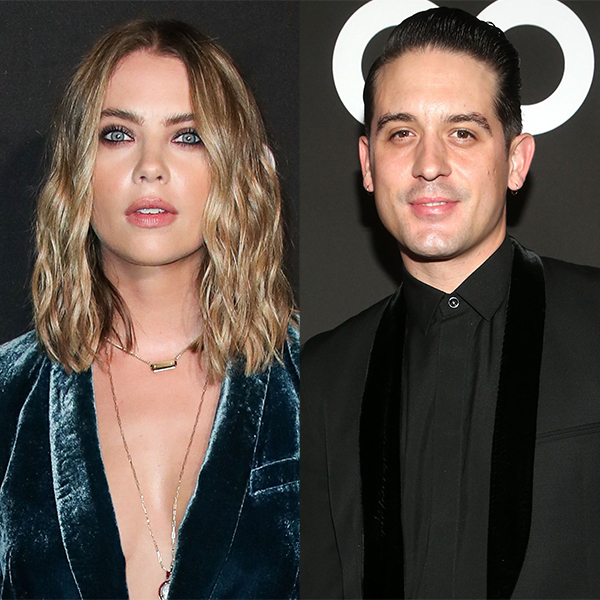 Ashley Benson and G-Eazyare sharing something sweeter than a piece of pie: a kiss.

On Thursday, the paparazzi caught the Pretty Little Lies star and the rapper showing some PDA while picking up an order of pies from the Los Angeles restaurant The Apple Pan. According to an eyewitness the two stars shared a brief kiss in their car after grabbing their to-go order.

Their peck on the lips comes after Ashley liked a fan’s post about her breakup from longtime girlfriend Cara Delevingne. “You can’t say they are dating just because of a like and some comments,” the account, @iloveabcd20, captioned a photo of Ashley and G-Eazy. “Can’t Ashley have friends now? STOP SAYING ASHLEY CHEATED! OR EVEN CARA! They just need friends right now more than ever.”

If Ashley’s liking the post is any indication, then it would seem she and the rapper are nothing more than two very affectionate friends.

It would seem that Cara is also leaning on her friends’ shoulders as she moves on from her breakup from the actress. According to People, who first reported the split, the Brit has been spending a lot of time with her close friends Margaret Qualley and Kaia Gerber.

On Cinco de Mayo, Cara, Margaret, Cole Sprouse, KJ Apa and Alex Fine got together for a pool party. An eyewitness shared that Cara and Margaret, who arrived with snacks and drinks, drove separately to the gathering.

Cara’s also one of the many stars who are giving back during this difficult time. The model took part in the #SaveWithStoriesUK campaign, as did Meghan Markle and Prince Harry. In addition she’s joining the All It Takes group to support the Mental Health Awareness month, along with stars like Shailene Woodley.