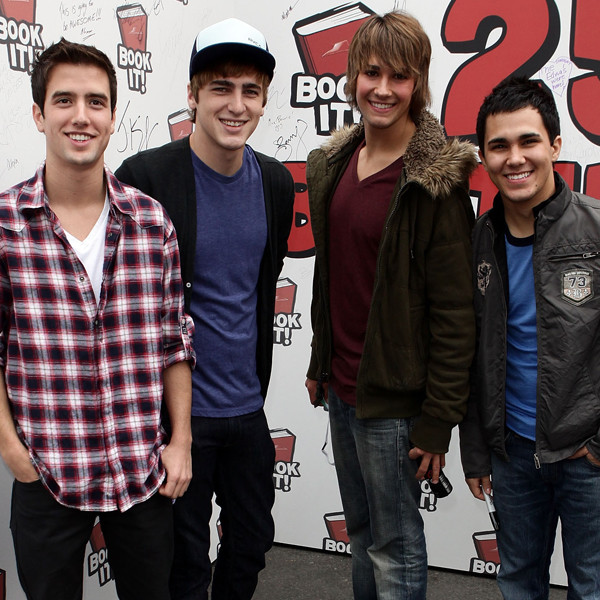 Big Time Rush got back together for a sweet virtual hangout and fans are freaking out.

As fans may recall, the iconic boy band from the early 2010s Big Time Rush that was made up of Kendall Schmidt, Carlos PeñaVega, Logan Henderson and James Maslow went on hiatus back in 2014. Since then, all the former band members have pursued their own projects and gone on to start their own families.

But now, they’re getting back together to share some uplifting words for their fans.

“It’s been a little while since we all got together, and we wanted to jump on this little virtual hangout and say hi and wish everybody well,” James said.  “Hope you’re all staying healthy during this crazy time.”

Then Logan jumped in to say, “You guys, please continue to stay safe and remember to practice a little more love and compassion during a time when we need it most.”

Lastly, Carlos took the mic and said, “Guys, we are in this together. We love you guys so much. Spread that love, spread that Aloha and who knows, a lot to look forward at the end of this. See you guys soon!”

At the end of the video, they all signed out with a peace sign and said “bye” to their fans watching at home.

Of course, fans on Twitter began speculating if this impromptu virtual hangout meant something more was coming in the near future.

“Does this mean an actual reunion is coming after this is all over?” replied one fan. Another fan replied, “‘See you guys soon’ does this mean we should be expecting new music from you guys?!?”

Another Twitter user replied, “‘A LOT TO LOOK FORWARD TO AT THE END OF THIS’ ‘SEE YOU GUYS SOON’ BIG TIME RUSH COMING BACK AFTER THE PANDEMIC OMG.”

Hacked! – How to Connect an iPhone or iPad to a TV

Hacked! – The Maillard Reaction and the Science of Browning Foods