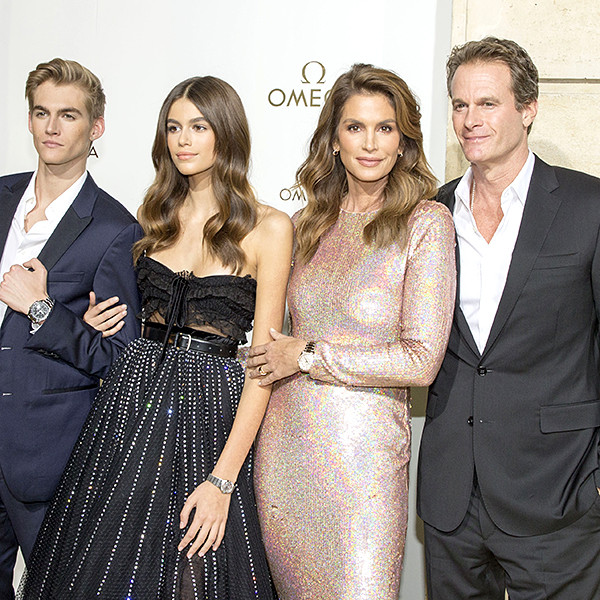 Cindy Crawford and Rande Gerber are prioritizing the health of their son, Presley Gerber.

In recent weeks the 20-year-old made headlines for revealing a tattoo of the word “Misunderstood” on his face. Then, five days later, the star fired back at critics with a video of himself shooting a gun at a firing range. “Innocent little me before all the horrid tattoos,” he wrote alongside the clip. “Y’all know nothing #waketfup.”

At the time, neither Cindy, Rande nor sister Kaia Gerber commented on the new ink in any public capacity. However, it looks like behind closed doors is a different story. A source tells E! News, “Cindy and Rande are definitely concerned about their son. They truly want to make sure he is okay.”

The source adds his parents have “been trying to get Presley help since his DUI last year.“

“He has just fallen off the beaten path. He has been in treatment before but they are pushing for something more serious,” the insider shares. “They want to make sure he’s in a good mental state and are closely watching him.”

And despite her busy schedule with fashion weeks across the globe, his little sister is taking a keen interest in being there for her brother. The source says she’s “really taken him under her wing,” but this is proving difficult as “Presley has a mind of his own.”

The insider adds, “Things have been very tense in the family.”

Presley himself gave some insight into his decisions when he previously revealed he chose the tattoo because he simply doesn’t “feel very understood.” He also said he disagrees with the negative commentary surrounding his tattoo placement. “If I thought this was going to ruin my face or I didn’t want this, I wouldn’t have done it,” he reportedly told his followers during an Instagram Live video.

E! News has reached out to reps for the family for comment.