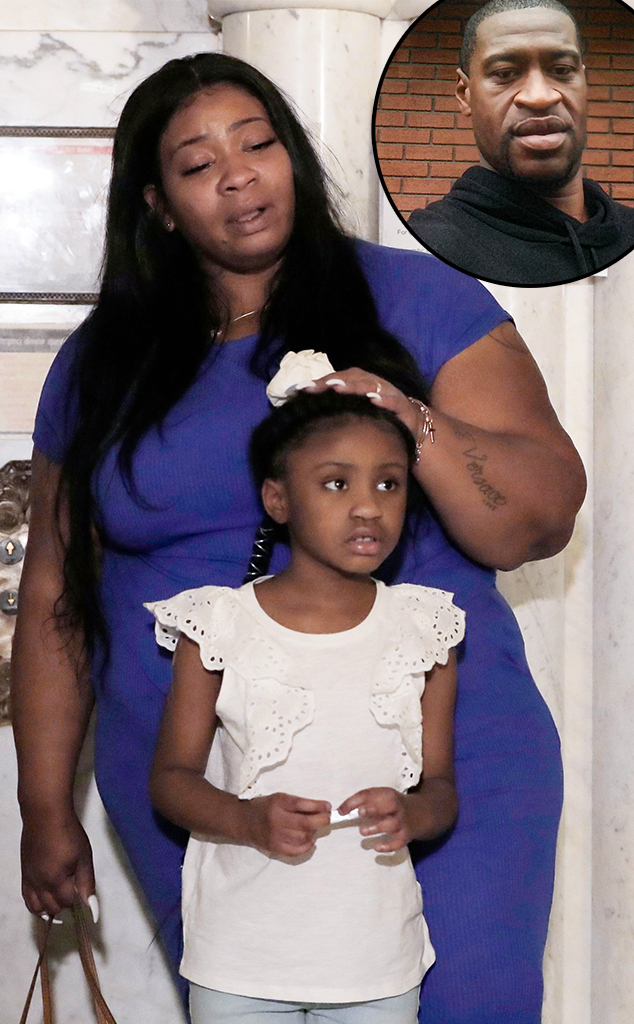 It was only May 25, 2020—Memorial Day here in the States—when George Floyd became the latest on a tragically long list of black men and women who have lost their lives while in police custody. And yet, with all that has happened in the wake of his death, it feels as though it’s been a lifetime.

As video footage began circulating of Minneapolis Police Department officer Derek Chauvin holding his knee to Floyd’s neck for over eight minutes despite repeated cries of “I can’t breathe,” while three other officers looked on without intervening, and criminal charges had not yet been brought against the four officers, a nation began to rise up. Beginning in Minneapolis and eventually spreading to each of the 50 states, as well as several countries across the globe, citizens have taken to the streets—during a global pandemic, no less—to protest police brutality and racial inequality.

While justice for Floyd was certainly the catalyst, his death is not the only one that’s bringing people out into the streets.

Between the death of Breonna Taylor, a 26-year-old black woman and EMT shot eight times on March 13 by police in Louisville, KY as she slept in her bed; the death of Tony McDade, a trans black man shot by police in Tallahassee, FL days after Floyd’s death; the shooting of Ahmaud Arbery, a black man out jogging who was killed in Georgia by two white civilians who were arrested months later (and after video of the incident was disseminated publicly), to name a few, outrage was widespread.

And with things moving and tensions escalating at such a rapid pace, it can be hard to keep track of it all.

Here’s a timeline of events since Floyd’s death to help keep you as informed as possible on what’s going on.

After allegedly using a counterfeit $20 bill at a local Minneapolis Cup Foods, 46-year-old Floyd is arrested and dies while in police custody. Later, cellphone footage of the encounter is posted online, showing Chauvin pinning a handcuffed Floyd to the ground, face down, with his knee on Floyd’s neck. Amid cries of “I can’t breathe,” Floyd is kept in this position for over eight minutes. For the last two and a half, he is unresponsive.

As the family of Floyd retains the services of civil rights attorney Ben Crump, Minneapolis police chief Medaria Arradondo announced that he had fired all four officers involved in the arrest. No arrests are made. Protesters begin flooding the streets of the city, chanting, “I can’t breathe.”

May 27: Officers Names Are Revealed and Protests Spread

As Minneapolis reveals all the identities of all four fired officers, Chauvin, Thomas Lane, Tou Thao, and J. Alexander Kueng, protests begin to crop up across the country in places like Memphis and Los Angeles.

May 28: More Cities Join in Protest

After a CNN crew is arrested in Minneapolis while correspondent Omar Jimenz is reporting live on-air about street closures, Chauvin is taken into custody and charged with third-degree murder and second-degree manslaughter, charges that carry a combined maximum sentence of 35 years. “The defendant had his knee on Mr. Floyd’s neck for 8 minutes and 46 seconds in total,” a court document said. “Two minutes and 53 seconds of this was after Mr. Floyd was nonresponsive.” With charges yet to be filed against the other three officers, unrest  and clashes between police, protesters, and looters continues into the night and through the weekend across the country as curfews are imposed in nearly every city where demonstrators have gathered.

June 1: George Floyd’s Brother Visits as Autopsy Results Come In and the World Joins In

The first member of Floyd’s family to visit the site of his death, his brother Terrance Floyd addresses the gathered crowd. “If I’m not over here wilding out, if I’m not over here blowing up stuff, if I’m not over here messing up my community, then what are y’all doing? What are y’all doing?” he said. “Do this peacefully, please.” Meanwhile, two autopsies, one done by a government agency and the other done by doctors working for Floyd’s family, declare his death a homicide. Other significant conditions, as stated by medical examiner, included, “arteriosclerotic and hypertensive heart disease; fentanyl intoxication; recent methamphetamine use.” The independent autopsy differs from the Hennepin County Medical Examiner’s findings in that it makes no mention of drug use or heart disease as contributing factors. However, both agree that Floyd’s manner of death was homicide.

This comes after Gov. Walz asks the state’s attorney general, Keith Ellison, to take over prosecutions in the case from the county prosecutor and protests begin to crop up overseas in the U.K. and Germany, as well as in Canada.

Floyd’s six-year-old daughter Gianna appears at a protest in Minneapolis along with her mother, Roxie Washington, and former NBA player Stephen Jackson. In a clip that goes viral, she declares, “Daddy changed the world.” Meanwhile, following the cue of two music industry execs, Jamila Thomas and Brianna Agyemang, who called for Tuesday, June 2 to be a day of reflection within an industry that has “profited predominantly from black art,” social media users take part in #BlackoutTuesday as a means of showing support and amplifying black voices. The movement faces some criticism, however, as some question whether going silent during a pivotal time could do more harm than good. “I just really think this is the time to push as hard as ever,” Lil Nas X tweets. “I don’t think the movement has ever been this powerful. We don’t need to slow it down by posting nothing. We need to spread info and be as loud as ever.”

Across the globe, demonstrators begin taking to the streets in more countries, including France, Denmark, the Netherlands and Australia, to voice their solidarity.

June 3: All Four Officers Are Arrested

June 4: Floyd is Memorialized in Minneapolis as Officers Appear in Court

Hundreds gather at North Central University in Minnesota to attend the first of several memorials for Floyd that have been planned. During the ceremony, which is attended by a smattering of celebrities including T.I., Tyrese Gibson, Tiffany Haddish and Kevin Hart, the creation of the George Floyd Memorial Scholarship is announced by the President of the school. Floyd will be further memorialized on Saturday, June 6 in North Carolina, where he was born, followed by a viewing of his body at Fountain of Grace Church in Houston on Monday, June 8, where he will be laid to rest the following day.

On the same day, Thao, Lane and Kueng appear in court for arraignment. During their arraignment, Kueng’s attorney, Thomas Plunkett, claimed that Kueng told officers, “You shouldn’t do this.” He also noted that the day Floyd died was his client’s third full shift as a police officer and requested bail be set at $200,000. Lane’s attorney Earl Gray requested “reasonable bail” as the 35-year-old attempted to give CPR and he had only been working in the police force for four days. According to the criminal report, both men held Floyd’s back and legs down, even when “Mr. Floyd said, ‘I’m about to die.'”

Thao’s attorney Robert Pauley asked for bail to be set at $200,000, citing the 34-year-old’s cooperation with the investigation.

Judge Paul Scoggin set bail for all three former officers at $1,000,000 unconditional, $750,000 with conditions. In addition, the men are required to work in no law enforcement capacity, surrender firearms, void firearm permits and have no contact with victims family. Should they leave the state, they agree to waive extradition.

Chauvin has not yet made a public statement regarding his charges. He is due in court on June 8.

June 5: Taylor Is Honored on Her Birthday

83 days after her death, which, as of press time, has resulted in zero arrests, attention turns to Taylor, who would’ve celebrated her 27th birthday on this day. Call for action in Louisville intensify.

For more ways to take action and get involved, click here.

Hacked! – How to Change Your Browser’s User Agent and Trick Websites

Sports Today – Rays’ Snell: Playing for reduced pay ‘not worth it’

Hacked! – Why Are Legal Pads Yellow?