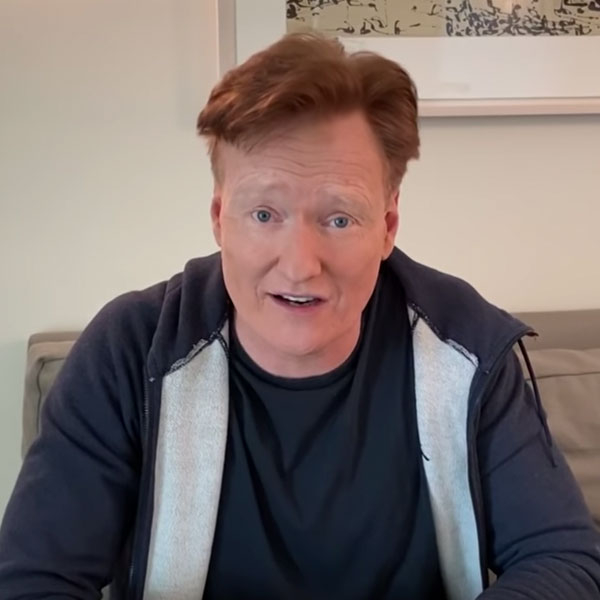 Conan O’Brien has got you covered.

On Thursday, the late night host shared his life hack to save toilet paper amidst the coronavirus pandemic. Wanting to eas any anxieties that his Team Coco fans might be having, the Conan host broke down the “useful” and unconventional ways viewers can improvise.

“I thought maybe I could be of some help by offering a life hack,” Conan began. “A lot of people out there are worried about toilet paper. People are going to stores and they seem to want more toilet paper than they could ever use in a 6-year period if they had continual diarrhea. And now it’s gone. It’s all gone, and people are panicking.”

“I’m here to assure you there’s plenty of things around the house that you can use instead of toilet paper that work just as well,” he continued. For his first “hack,” the funnyman pulled out a long CVS receipt and joked, “This is for six Tik Tacs I bought. I never throw them away because I knew this day would come.”

Next on his list were Valpak coupons and he proudly showed off his growing collection. “Also, we all have these around the house: Valpak. Valpak coupons. I know you never really use them,” he said as he fanned through the coupons. “Now, look at that, you can clean yourself with colorful coupons.”

Then, the comedian got creative. “You probably have some stocks around the house that aren’t worth as much as they used to be,” Conan said while holding up a packet of stock certificates. “These are mostly stocks that I bought for Carnival Cruise Line.”

Acknowledging how cringeworthy his delivery was, he added, “That laugh was too hard and too long. I apologize.”

For those who don’t have as much paper products lying around, Conan offered a solution: “You can use souvenir t-shirts—t-shirts someone gave you, you don’t value. You hate ‘em. You can’t get rid of them.” Taking a “Conan San Diego 2019” tee from his stash, he continued, “I have thousands of these. So, I’ve been wiping my ass with these 24/7.” Conan also pointed out that souvenir baseball caps also work just fine and gave a demonstration on how to do it.

After his exhaustive list of toilet paper alternatives, Conan made sure to alert viewers on which products they should avoid. “One thing I would not recommend: Marshmallow Peeps. Trust me, it’s not pleasant and you end up kind of feeling bad for the little chick.”

Before concluding the video, Conan threw in one more item that could come in handy. “Pretentious coffee table books,” he said while holding up a book of portraits by Willem De Kooning. “I’ve had this on my coffee table for nine years. I don’t know who Kooning is! What is that? That’s not art! Wipe your ass with it.”

See all of Conan’s game-changing toilet paper hacks in the video above!

Hacked! – How to Make a Sourdough Starter From Scratch