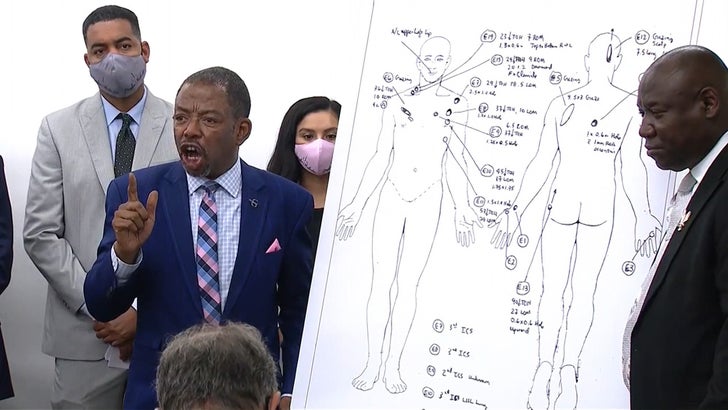 Dijon Kizzee was shot at 19 times by police officers and struck 15 times — most of which hit his body as he was already on the ground — this according to an independent investigation by his family.

The legal team for Dijon’s family just revealed the autopsy findings and sounded off on law enforcement — specifically L.A. County Sheriff Alex Villanueva — claiming he and the entire department is trying to justify a blatant lack of humanity in Kizzee’s killing … which they call an execution.

Attorney Carl Douglas went first by repeating that Kizzee was shot at 19 times … which he claims shows the cops had no humanity for his life, along with poor training.

Douglas says Kizzee’s killing demonstrates a “warrior mentality” that permeates across police departments in the U.S. He adds that the 19 shots tell him the officers involved did not perceive a threat … but rather did what they felt they had to do to “maintain their integrity back at the office.”

Civil rights attorney Ben Crump referred to Kizzee’s death as an execution, and also rebuked Sheriff Villanueva for “trying to justify the unjustifiable.” Crump says the shooting of Kizzee is the latest tragic example of what he calls the “1619 pandemic” … his term for the unjust killings of Black people due to systemic racism in America.

Douglas also revealed a detailed chart of Kizzee’s 15 gunshot wounds, 7 of which he says were in his back as he was facing away from the cops. He says the doctor who conducted the autopsy says several of the wounds are elongated … because Kizzee was on the ground when he was shot.

Douglas goes on to say witnesses describe hearing shots, then a pause, then a flurry of shots from the officers. The lawyer claims Kizzee was not holding a gun at any point while he was shot at by the cops. He also alleges Kizzee did not die right away, but kept getting shot at despite being unarmed. 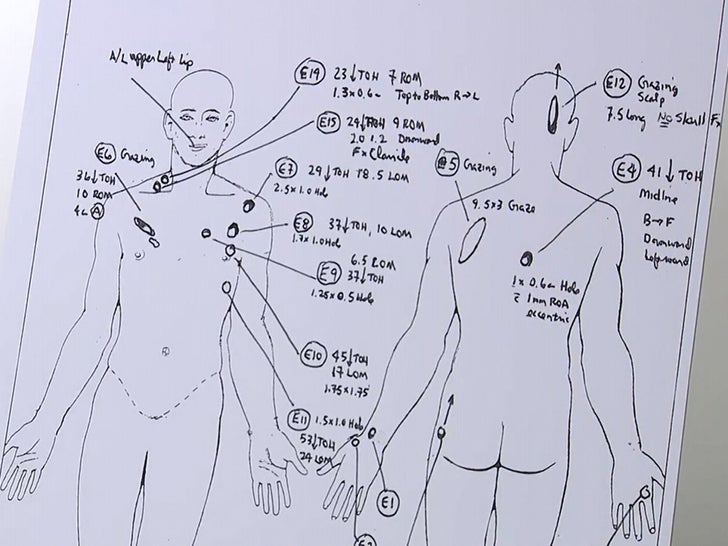 Douglas then called for L.A. District Attorney Jackie Lacey to arrest and charge the officers who killed Kizzee.

As we told you … Tuesday’s press conference was in response to last week’s claim by the Sheriff’s Dept. that its investigation determined Kizzee picked up a loaded pistol that had fallen to the ground just before deputies fatally shot him on Aug. 31. 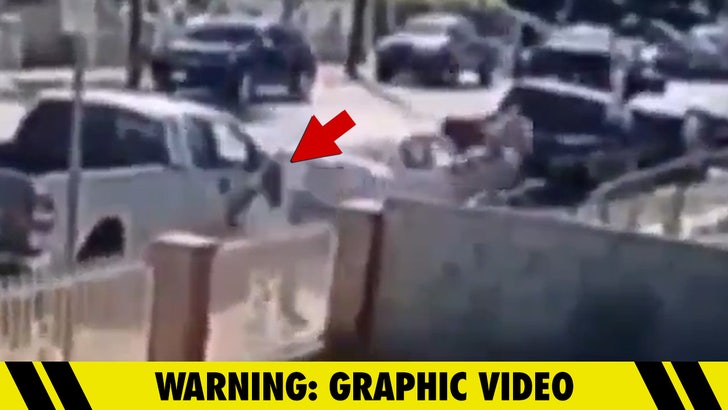 The LASD previously requested a security hold on Kizzee’s county autopsy, which suggests the report won’t be released until the Sheriff’s Dept. has completed its investigation, which remains open. 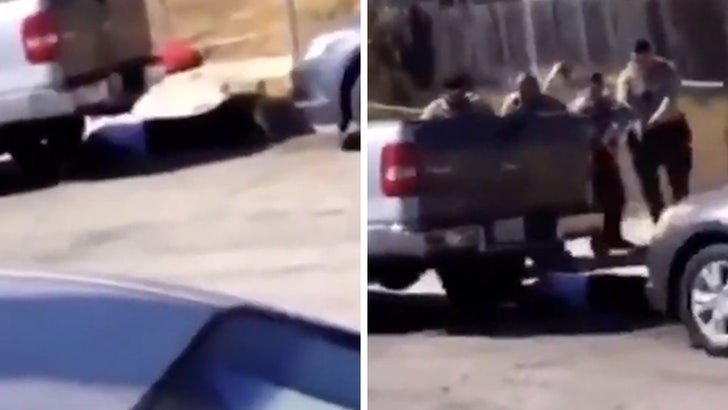 As we’ve reported … protests erupted following Kizzee’s killing and have been ongoing in L.A. this month, resulting in multiple confrontations and arrests.

Video of the incident shows Kizzee — who was initially stopped for an alleged vehicle code violation while riding a bicycle — getting into a physical altercation with a cop, before deputies shot him multiple times as he ran away.

Cops say a handgun allegedly belonging to Kizzee was recovered at the scene. Crump has argued that even if Kizzee possessed a gun during the altercation, he didn’t point it at them and was not a threat by the time he was running away.