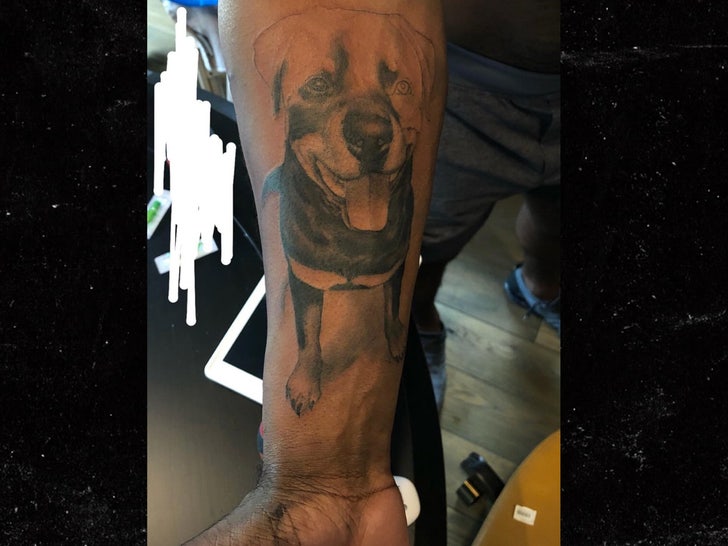 A pool cleaner claims she required surgery and will likely be scarred for life after Ezekiel Elliott‘s dogs violently attacked her in March … and now she’s suing the NFL star.

But Zeke’s attorney tells us the NFL star adamantly denies wrongdoing and now he’s digging in for a legal war.

It’s all spelled out in new court docs, obtained by TMZ Sports, in which a woman says she went to clean Elliott’s pool at his home in Frisco, TX on March 11 … when she was “ambushed” by his 3 dogs — a Rottweiler and two bulldogs.

In the docs, the woman claims the Rottweiler bit her arm and dragged her … before the two bulldogs began attacking her legs.

The woman says the dogs bit her multiple times … and after she was able to free herself from the animals, she went straight to the emergency room “in immense pain.”

She claims the injuries were so bad … 2 weeks later, she required surgery to repair the damage done by the Rottweiler’s bite to her forearm.

In the lawsuit, the woman says she’s still having issues with her surgically repaired arm … and says she constantly suffers from mental and physical pain over the attack.

She’s asking for over $200,000 in the suit from the Dallas Cowboys superstar … but less than $1 million.

The woman also claims this wasn’t the first time Elliott’s dogs have attacked a pool cleaner … she alleges that around Dec. 2019, the Rottweiler bit someone else who worked for her company.

We reached out to the Frisco Police Dept. over the allegations … and a spokesperson said animal services did respond to an incident at Elliott’s home on March 11, but the spokesperson says no criminal charges were filed.

As for Zeke, his attorney Frank Salzano tells us his client did nothing wrong, saying … “Ezekiel was in no way negligent in connection with the alleged incident and intends to vigorously defend the lawsuit.”

Elliott has made no attempts to hide his infatuation with his dogs … he’s created an Instagram page for the three — and even has his Rottweiler, Ace, tattooed on his forearm.

In fact, Zeke just showed off all three dogs on a Twitch stream this week … giving each one a kiss for the camera.

By the way, if this all sounds familiar … it’s because it kind of is — Elliott’s teammate, Dak Prescott, had to deal with allegations that his dogs violently attacked somebody back in Feb. 2019.

Hacked! – The 8 Best Board Game Apps for Android and iPhone

Hacked! – You Can Already Buy Google’s Announced Chromecast at Some Stores