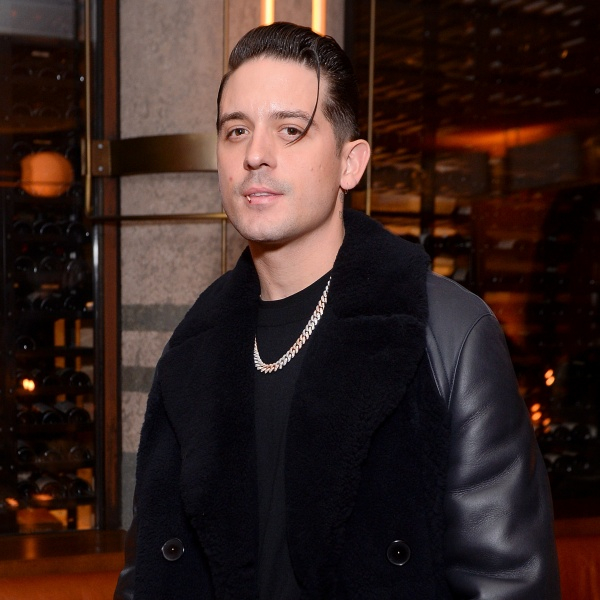 UPDATE: False alarm! G-Eazy‘s luscious locks are still intact. The rapper confirmed his new ‘do was just an April Fool’s joke by sharing the real version of the selfie he first posted.

This better be an April Fool’s joke, G-Eazy.

On Tuesday night, the 30-year-old “Good Life” rapper shared a selfie of himself on Instagram with the caption, “Should I chop it off?”

While some fans were wondering what he meant, replying if he meant his hair, his mustache or something else entirely (“You’re talking about hair right?” an Instagram follower commented jokingly)—it looked like the consensus was clear, that the rapper should keep his luscious hair as is.

Then on Wednesday afternoon, the “No Limit” rapper revealed a new look.

“New month new me… Too much time at home. Don’t hate me!” he wrote to his fans on Instagram, alongside a picture of his edgy buzz-cut and wearing a face mask. “Stay safe yall!”

The “Let’s Get Lost” rapper also took to his Instagram Stories to share a video of his barber Kevin “OGK” Kellett shaving his brunette locks off.

The rapper’s Instagram followers were quick to joke with him about cutting his hair.

“That hair makes u too much $$$ to cut if off lol,” one user commented.

Another Instagram follower said, “While everyone worries about your hair… I’m tryna find the album title or release date on your mask.”

Sports Today – Can Guardiola learn from Zidane and end his UCL wait?