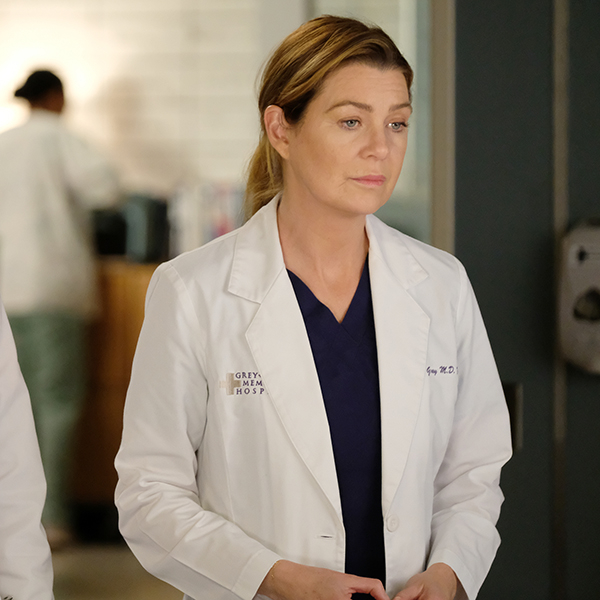 Things may be crazy IRL, but it’s business as usual on Grey’s Anatomy. Which is to say it’s crazy.

Tonight’s episode saw Meredith overseeing a pro bono surgery day, with a packed schedule of free surgeries and way too few surgeons. That was drama in and of itself as doctors fought for their patients to get free surgery, but of course there was also personal life drama to deal with.

First of all, Amelia’s baby is Link’s baby! Which is good for Amelia and Link!

However, it’s not as great as it should be for Teddy, who should be able to stop worrying about her fiance not leaving her for another woman having his baby, and is instead worrying about the fact that she cheated on him with Tom when she was freaking out. So now she’s kind of mad that this was a panic in the first place, but honestly…she didn’t have to react that way. That’s on Teddy.

Elsewhere is the thing we’re really concerned about: Andrew DeLuca.

He was treating a teen patient in the clinic who fit all the signs for human trafficking, with her “aunt” doing all the talking for her about her hernia and UTI. DeLuca tried to take care of the situation, but he didn’t quite do it correctly. He ended up confronting the “aunt” and hitting a hospital alarm, which led to the pair leaving while only the audience heard the two of them confirm that DeLuca’s suspicions were right.

He tried to quit, but Meredith pleaded with him to just accept a suspension. He claimed he doesn’t love her, but she admitted she still loves him and still cares about him and believes he can’t quit.

So last we saw of DeLuca, he was speeding down an empty road on his motorcycle, going a little too fast for our comfort.

Everything DeLuca has been doing and dealing with this season feels like it’s leading towards something really, really irresponsible, dangerous, and potentially devastating, and that’s bad news for all of us who are still somehow holding onto how much we loved MerLuca just a few months ago.

Meredith may also still be holding on, since she literally told DeLuca she loves him tonight, but it’s like he’s a totally different person and not quite in his right mind anymore and that is incredibly worrying about what might be coming later this season for Dr. DeLuca.

And now all we can do is wait to find out just how far he’s going to fall, or maybe we’ll all be surprised by him getting his s–t together! Maybe! We can all hope!

Hacked! – How to See NEOWISE, the First Visible Comet in Decades

Hacked! – How to Set Up Two-Factor Authentication on Your Social Accounts

Hacked! – Red Roses or Yellow? Every Flower Has a Secret Meaning