Heather Locklear‘s ready to make nice. And, the feeling’s mutual with cops 2 years after she went on the attack against them.

Then there’s this … in recent months we’re told the “Spin City” star attended a Ventura County Sheriff’s “Tip-A-Cop” event — where cops serve as waiters at a local restaurant — for lunch and returned for dinner.

As for the tip … we’re told she left a super impressive $1,500, which went to a Special Olympics charity. That Heather’s taken the steps to bridge the gap with law enforcement has not gone unnoticed with cops. It’s a stark contrast to what went down beginning in March 2018.

TMZ broke the story … police hit up her Thousand Oaks home armed with a search warrant to go look for a gun, this after she told cops “If you ever come back to my house I will shoot you” following her felony domestic violence arrest.

But, things really turned for the worse 3 months later. As we first reported … Heather was busted after allegedly punching a deputy and kicking an EMT. Heather ultimately pled no contest to 8 misdemeanors and was ordered to 30 days in a residential mental health facility.

Just when it seemed Heather was putting the whole episode behind her … the EMT — a single mother of 3 — wound up suing Heather in November 2018 claiming Heather wished death by AIDS on her children. The suit was ultimately dismissed. 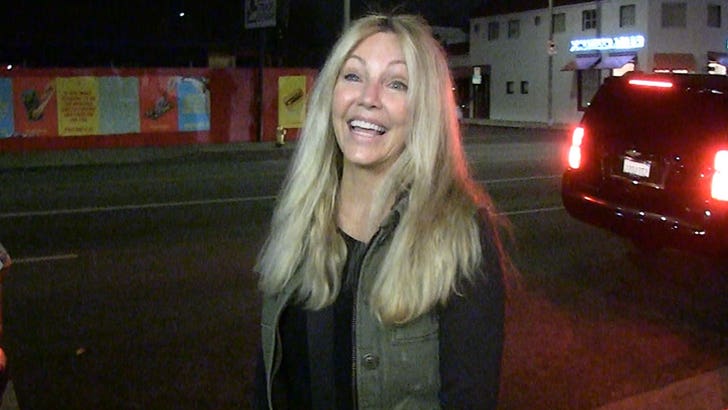 We saw Heather out a month after the EMT filed the lawsuit and she couldn’t look any better. She was smiling, being chatty with our photog and enjoying time with her family. She looked just as happy out celebrating her daughter Ava‘s 22nd birthday.

Heather’s incredible turnaround, we’re told, has cops beaming. Sources tell us they never took her actions personally and understood she needed help. Now that she’s gotten it, we’re told cops are ecstatic to see her overcome life obstacles … especially because they know sobriety is no small feat.