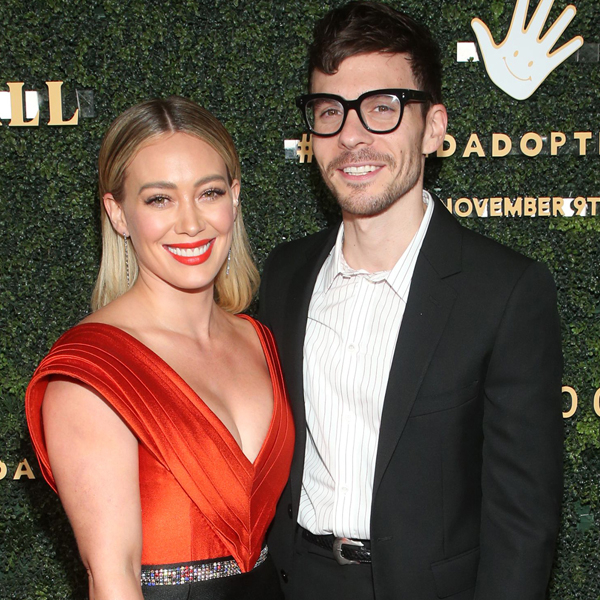 Trouble in paradise? Not a chance!

Hilary Duff is shutting down rumors about her love life. On Saturday morning, the 32-year-old star discovered a tabloid’s headline that suggested she and her husband, Matthew Koma, were having marriage troubles.

Keep in mind, the longtime couple tied the knot back in December and are parents to their one-year-old daughter, Banks. While the two began dating in 2017, they decided to take their romance to the next level a few months ago.

As the old saying goes, the rest is history!

After seeing the magazine’s headline (which read “Marriage on the rocks already?”), Duff couldn’t help but share it to her social media page. It’s safe to say she shut down those rumors with a classy and cheeky response.

“Apearantly [sic] matt [sic] and I are having trouble,” the Younger actress shared on her Instagram Stories, alongside an image of the tabloid that made those claims. “He hasn’t told me yet…”

In more important news, however, the 32-year-old actress asked her Instagram followers for television show recommendations, as she and her family are practicing social distancing due to the coronavirus pandemic.

“Guys what shows should I watch right now,” she asked on Instagram Stories. “We finished Love Is Blind… it was amazing. But what are we gonna do? I’m not excited about anything right now.”

During this time, Hilary has been spending time with her two kids, Banks and Luca (7), whom she shares with ex-husband Mike Comrie. On her Instagram Stories, she showed a few clips of her little nuggets playing outside in their backyard, enjoying their swing set and trampoline. She also uploaded an image of all of their toys laying around the house.

“Keeping our ‘social distance,'” she shared.

It’s clear, that Duff and Koma are stronger than ever and enjoying their quality time with their little ones as they stay in.

Hacked! – Would You Undergo Surgery Just to Be Taller?

Sports Today – How MLS players came to boycott, their reaction to Hansen’s tone-deaf...