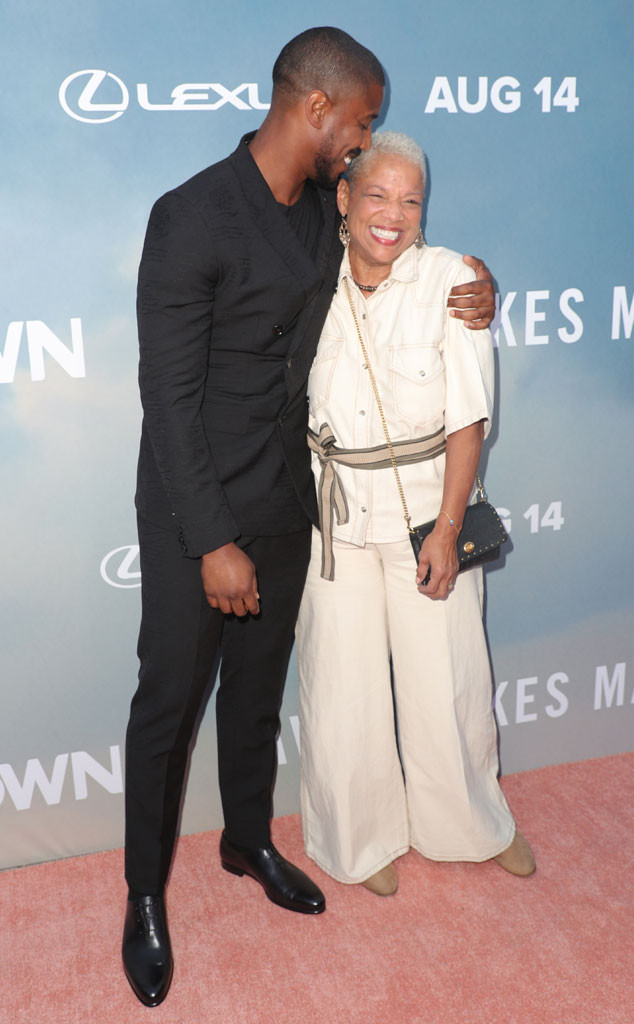 Most men older than, let’s say, 27 can’t pull off living at home with their parents. But then, most men aren’t Michael B. Jordan.

Because when one of the Internet’s most beloved boyfriends counts Mom and Dad as roommates, it seems sweet, charming even. “Me and my family are very close,” the actor, known for his roles in Black Panther, the Creed franchise and as a man who can wear the hell out of a suit, explained to Vanity Fair in 2018. “It’s a dream come true to buy your mom a house and, you know, it was a special moment for me.”

They had their moments, he admitted, but mostly: “I’m loving it.”

Still, he realized he’d have to leave the nest eventually, even if the nest was a $1.7 million Spanish-style abode in L.A.’s Sherman Oaks that he purchased himself. So late last year, he shelled out $5.8 million for his own three-bedroom compound just down the road in Hollywood Hills.

“It’s good, it’s nice,” he told Ellen DeGeneres last month, adding that the 20-minute drive was still close enough for him to enjoy Donna and Michael A. Jordan’s home-cooked Sunday dinners. “I’m pretty sure they saged the entire house when I left. Like, they lit incense and bleached it down and got rid of all of me and then I got a place.”

So Michael Bae Jordan is growing up, as evidenced by the fact that he’s turning 33 today. As for who will be by his side when he blows out the candles (and digs into Mom’s “legendary” mac and cheese), we aren’t totally sure.

There’s musician Snoh Aalegra, his rumored girlfriend and costar in her steamy “Whoa” music video, but the former child model has always preferred keeping that part of himself close to the vest. (Or patterned Louis Vuitton harness, if you will.)

“I could meet you, right now, boom, right here. Me and you sitting here chilling, whatever. Meal, whatever. Somebody could be over there, see this. And all of a sudden, you’re my girl now,” he posed to writer Allison P. Davis in his December 2018 GQ profile. “So then they’re going to talk about you, they’re going to find out who you are. They’re gonna find out what your Instagram is, they’re going to find us in that. And all the fan club and everybody else is going to find out who you are, and now you and I are forever associated with one another. So now, how do you go anywhere normal, chill, just getting to know somebody that you just met, that you may not—may or may not—hit it off at all? That part of dating is tough.” 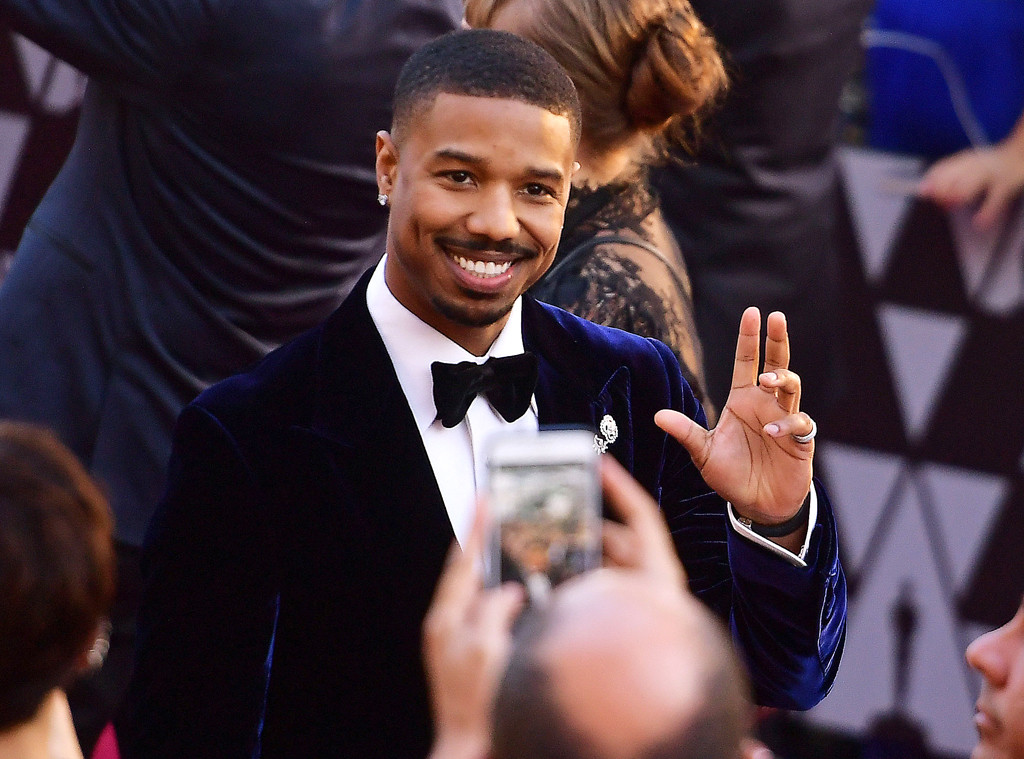 Safe to say it’s going to take a minute before he’s releasing the grip on any romantic particulars.

But it’s not as if we know nothing about the actor’s private life though. He’s spoken about his love of anime comic books, sci-fi films and the New York Knicks and that his no. 1 dating rule is to ensure “she never touches the doorknob” nor reaches for the check. We know that his body wakes him at five in the morning “whether I like it or not,” as he put it to Vanity Fair, “but then I go back to sleep depending on what I have to do. It’s second sleep. It’s like the really, really good sleep.”

We know his ideal breakfast is a hearty spread of hash browns, tomatoes, turkey sausage, cheese grits, an English muffin and a bacon egg and cheese on a croissant with a little jelly (“It’s that sweet and salty thing”) because “I like to taste things so I’ll get a little bit of everything.”

And we know that between that and dinner—at home, if he can swing it so he can “find a moment where you can just kinda, you know, be to yourself”—he squeezes in two workouts, because you don’t get to play a boxer and a comic book supervillain by taking it easy.

And certainly we know he had an pleasant enough childhood growing up in New Jersey with his parents and two siblings to want to continue living with them as an adult.

Their Newark neighborhood wasn’t the nicest, he’s since admitted, something he wasn’t fully aware of as a child. “As a kid, you don’t see your circumstances. I didn’t,” he said in a joint New York Times interview with Denzel Washington. “It’s not until you look back and think, ‘Man, we were poor!’ My parents really hid that from me. They kept me safe.”

It was a careful, deliberate choice his mom likens to helicopter parenting: “They were always having sleepovers and having people come over and cooking,” he told Vanity Fair. “My house was the house. You would get a great meal and play basketball outside or video games or watch a movie.”

Three years later, having booked gigs posing for the likes of Kmart and Toys “R” Us and a bit part on the Cosby Show, he landed on The Wire as kind-hearted, baby-faced drug dealer Wallace. His onscreen death, a bullet to the chest, left his mom bawling on set. But by then he’d banked enough money that his former Marine dad could leave his job working nights at John F. Kennedy Airport, starting an independent catering business. They provided the lunches at Jordan’s private junior high where his mom served as a social worker.

Following a four-year stint as troubled teen Reggie on All My Children, he moved to L.A. in 2006 at the age of 19. It was there that he truly began to breakthrough, first as Friday Night Lights quarterback Vince Howard, then Parenthood‘s Alex and finally as real life police brutality victim Oscar Grant in Fruitvale Station, the award-winning indie that paired him with Ryan Coogler, the director he’d re-teamed with for Creed and the $1.3 billion-earning Marvel smash Black Panther.

And now that he’s made it big, his hopes and dreams have grown right along with him.

“World domination,” he answered when asked his ultimate goal during a 2018 NPR interview.

He’d like to “tell honest stories and good movies,” he told Vulture in November 2018, something he’s handily achieving by piling up roles in 2018’s Fahrenheit 451, last year’s Just Mercy, based on death row lawyer Bryan Stevenson’s memoir, the upcoming Wrong Answer, about the Georgia standardized testing scandal, and a Thomas Crown Affair remake, each project in line with his color-blind approach to accepting jobs. “Me playing that role is going to make it what it is,” he explained to Issa Rae in a 2018 Variety Studio: Actors on Actors presented by Shutterstock series as his reasoning for going after parts written for white actors. (Jordan as Superman? We endorse it.) 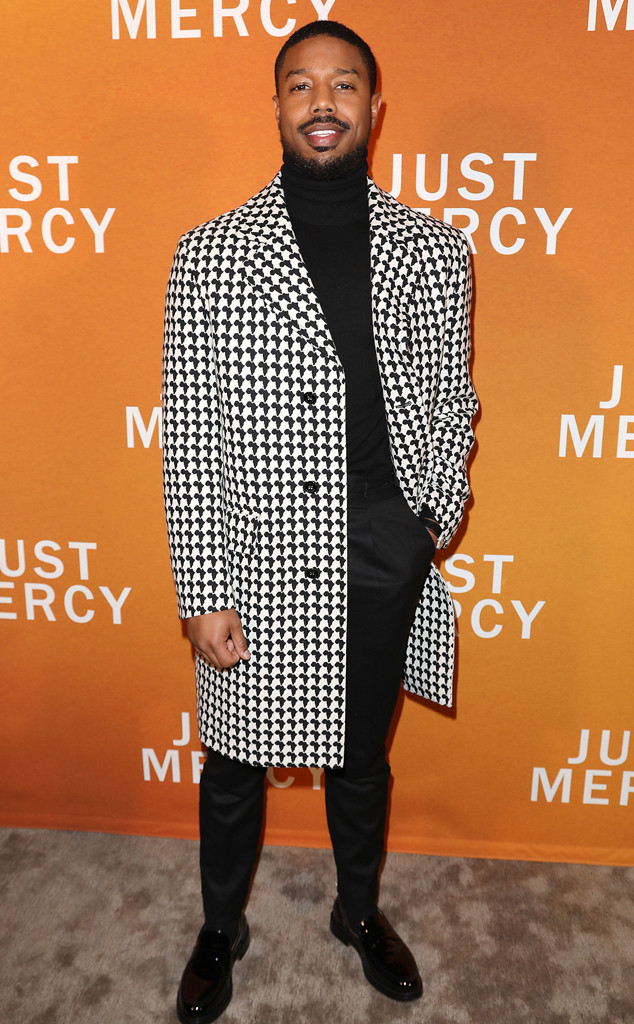 His acting aspirations are to be mentioned in the same breath as Denzel Washington, Tom Cruise, Will Smith and Leonardo DiCaprio. But his career intentions extend far beyond movie star status, having set the groundwork for his production company Outlier Society back on the Texas set of Friday Night Lights.

“I got a chance to really spend a lot of time with the producers and directors and the showrunner and just learning the inner workings of a show, you know, the production, how to put things together. And once I saw the formula, I was like, oh, I could do that,” he explained on NPR. “And then I just started spending time with friends that were like-minded and believed in the same thing. And we just started to develop things. I started to accumulate IP, whether it’d be a newspaper article or a graphic novel or a book or something. You know, I was always just acquiring things, waiting for the moment of somebody to ask me, well, what do you want to do next?”

The answer is to create both rich, intriguing content, including stories based on the black folklore he grew up on, and opportunities for other actors, directors and producers of color, something that was solidified in 2018 when he announced his production company would adopt an inclusion rider for every project, committing to diversity both in front of and behind the camera.

His newest operation is a marketing operation that will help attract young multicultural audiences to film and TV projects through the use of social media and music soundtracks. The latest piece in the empire he’s been building for the better part of a decade-and-a-half, it ensures he has revenue streaming in from every angle. The goal, eventually, is to operate as his own mini studio. 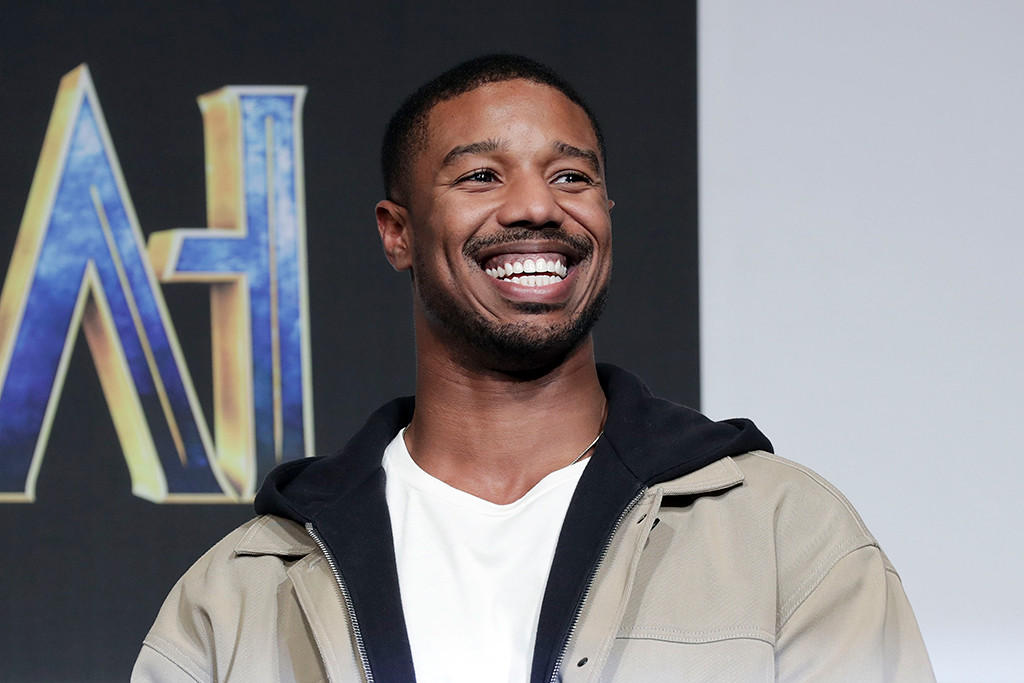 “Life is short, you know? I want to leave something behind,” he told Men’s Health in 2018, explaining the competitive spirit, the drive to live up to his famous namesake, that inspires him to go hard each and every day. “A blueprint. A work ethic. Something that my great-grandkids and their kids and their kids can see: This is where it started. Lineage. Intergenerational wealth. Things that are here forever. All that.”

He’s a man not just with a plan, but the talent, foresight, ambition and wherewithal to achieve whatever he sets his sights on. “You’re catching me in the beginning,” he told the mag. “Still got a long way to go.”

So we’re not entirely sure who he’s celebrating his birthday with? That’s fine. All the more easy to imagine that it could be one of us.