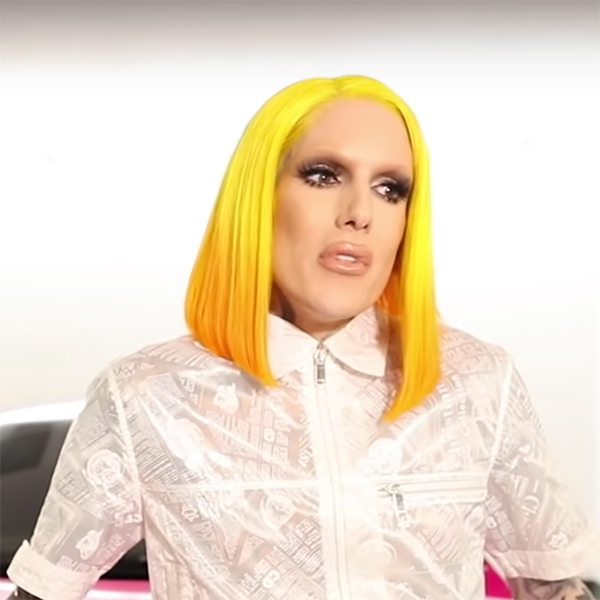 Jeffree Star wants to clear the air about a new controversy surrounding his recent breakup from Nathan Schwandt.

The 34-year-old YouTuber and makeup guru confirmed in January that that the two had split. Last summer, Star posted a video showing him surprising Schwandt with a new lime-colored Aston Martin. In recent days, fans noticed he had changed the title and description of the clip to insinuate that the surprise was faked. Following the backlash, they were changed back.

“I did change the title, I wrote a little description and then I ended up changing it again,” Star confirmed in a new YouTube video posted on Saturday, showing him sitting on the car, which he had had painted fuchsia. “And I’m sure you guys are not surprised, but this car was always my car. I paid for it. It was in my name for months and then we filmed that video. I always have dreamed about having an Aston Martin. I used to watch 007 movies as a kid. I was like James Bond—oh my God, in the silver Aston—so I always wanted one.”

“I got one and we had a moment where we were like, ‘Oh my God, let’s create a video and just kind of like do fish out of water and make something up.’ I regret saying that because I don’t want anyone to ever have doubt, like, ‘Oh my God, did Jeffree fake like X, Y and Z?’ And it’s like, you all know my relationship was very real, and I think I acted out because I am kinda going through it. There’s a lot of stuff, really dark, ugly stuff happening behind the scenes since the breakup. I’ve been devastated, honestly.”

Star added, “I don’t want to say that because I’m afraid of being degraded online, I’m afraid of people misconstruing what I’m saying and going with it somewhere else. So I’ve been going through it. I really have, and I haven’t told anyone that, I haven’t invented or said a word, but it’s been rough.”

Star said he has been “kinda depressed” and “going through emotional rollercoaster stuff” amid the coronavirus pandemic, which has prompted him and many business owners to shut down operations.

“It’s been really overwhelming,” he said. “So I can’t believe I’m dealing with stuff like this…it’s truly scary sometimes.”

Watch NBC News Special Report: Coronavirus Pandemic Tuesdays at 10 p.m. ET/7 p.m. PT on NBC, MSNBC and NBC News NOW. For the latest updates on the coronavirus pandemic and for tips on how to prevent the spread of COVID-19, please visit The Center for Disease Control and Prevention at https://www.cdc.gov.

Side A, Keiko Necesario perform “No More Tears” LIVE on Wish 107.5 Bus