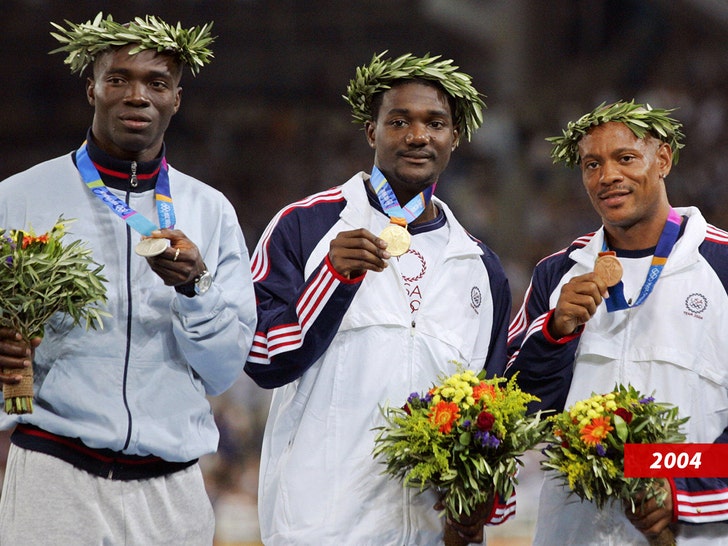 Justin Gatlin vowed to retire after the 2020 Olympics, but the 38-year-old USA track star tells TMZ Sports plans change, ’cause he ain’t quittin’ before takin’ another crack at gold … thanks to some inspiration from Tom Brady.

Nope … “The goal will be to compete in the 2021 Summer Olympics,” Gatlin tells us.

“I think a lot of people think that time is against me or against older athletes in this situation, and it’s far from the truth.”

Fact is, almost no track athletes remain elite into their late 30s. Usain Bolt retired at 31 years old … and lost to JG in is last race. So, Gatlin is a freak of nature.

But, does JG really believe with the Olympics postponed a year — only months shy of his 40th bday — that he can realistically compete for ANOTHER gold medal?

Speaking of athletes in their 40s … we asked Justin if he’ll retire after Tokyo, and he sure as hell doesn’t sound like someone who’s done — thanks to some inspiration from a guy who is still pretty damn great on the football field.

Sports Today – Juventus and Pirlo are gambling that the club legend can get...