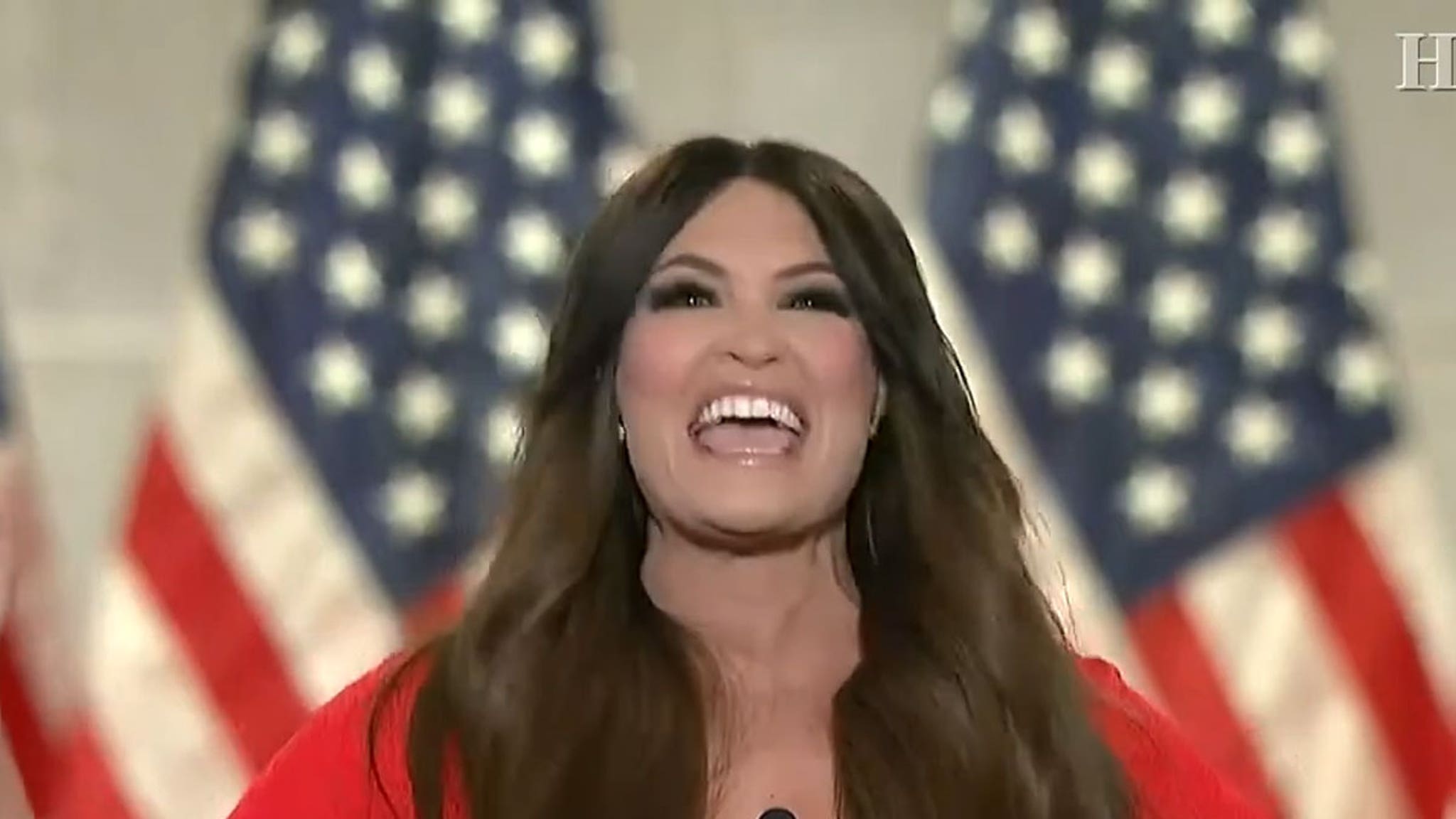 Guilfoyle’s delivery was all fire and brimstone, which might have worked well if there were 5,000 people in the audience, but she was speaking in an empty hall. It sounded like something out of ‘GOT’ or WW2.

The former FOX News Anchor and current GF of Donald Trump Jr. laid out her vision if Trump gets elected, as well as if Biden gets elected.

She warned, “They [Democrats] want to steal your liberty … and control how you live.” She claimed Democrats would send jobs back to China while those Dems got rich. She said Biden/Harris and co. would destroy law enforcement with their “socialist agenda.”

And, she had some choice of words for California, saying the state used to be pristine, but “The Democrats turned it into a land of discarded heroin needles in parks, riots in the streets and blackouts at home.” BTW … she used to be married to California’s Governor.

Hollywood Today – Chris Harrison Asks “Did You Lie to All of Bachelor Nation?” in a Dramatic Bachelorette Sneak Peek – E! Online

Hollywood Today – Chris Harrison Asks “Did You Lie to All...

Hacked! – What Is the Difference Between CHKDSK, SFC, and DISM in Windows 10?