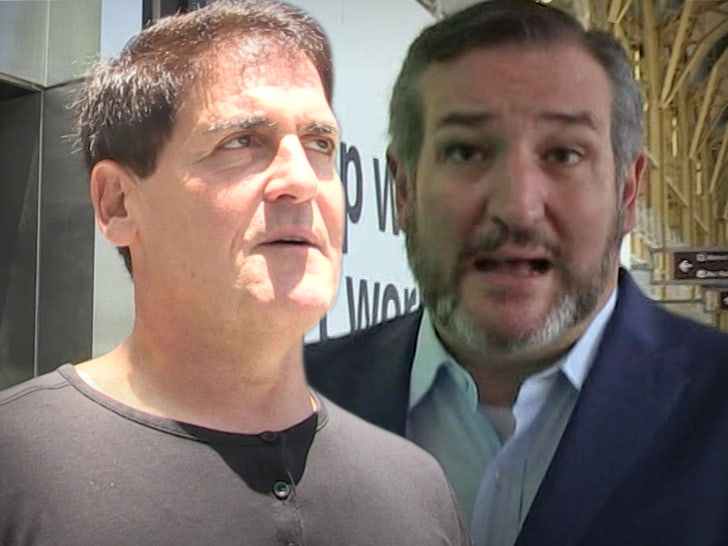 The insults are flying between Mark Cuban and Ted Cruz (again!) — complete with cuss words and personal attacks — and it’s all over the NBA Finals ratings.

This time, Cruz — the republican senator from Texas — kicked things off by tweeting out a headline from Sean Hannity‘s website that reads, “NBA Finals Game 3 ‘Least Watched in Recorded Ratings History.'”

Cruz added a comment … “Not surprising. Personally speaking, this is the first time in years that I haven’t watched a single game in the NBA Finals. #GoWokeGoBroke.”

Enter Cuban — owner of the Dallas Mavericks — who clapped right back.

“A US Senator with 3 @NBA teams in his state, employing thousands of people and he is rooting for their businesses to do poorly.  This is who you are @tedcruz. Every minute of your life, this is exactly who you are.”

Think Cruz was going to let that lie? NO WAY!

“I love @HoustonRockets & have rooted for them my entire life. I happily cheer for the Spurs & Mavericks against any non-TX team.  But @mcuban the NBA is engaged in a concerted effort to (1) insult their fans & (2) turn every game into a left-wing political lecture. That’s dumb.”

Cuban did not take kindly to that … and shot back with an expletive.

“You are so full of sh*t. You haven’t watched a game of the finals, how would you know what is being said or done? Since when is a desire to end racism an insult to anyone or political? And you don’t think using #GetWokeGoBroke is a partisan insult?  Again, this is who you are.”

The spat continued … with Cruz criticizing Cuban over the NBA’s relationship with China.

“I wish @mcuban loved his fans as much as he loves Chinese money.”

Cuban and Cruz have sparred on social media before — they argued over Black Lives Matter, the national anthem and China back in July as well … and famously challenged each other to “have some balls.”