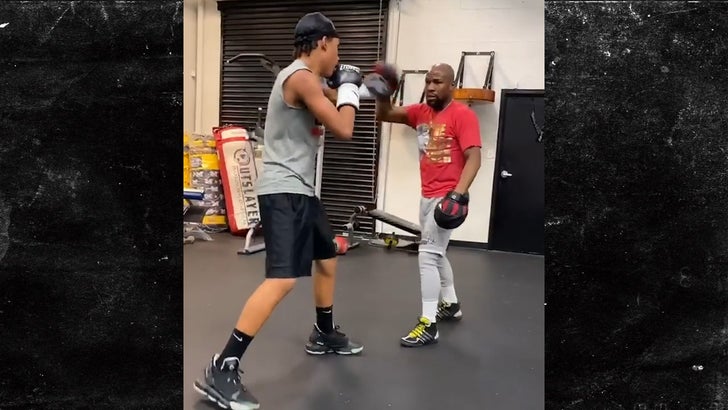 Remember, Floyd revealed his newest passion earlier this month … saying he’s using his knowledge to help the next generation of boxers.

We spoke with one of the best to ever do it — Iron Mike — who says it’s rare for a boxing superstar to successfully transition to training … but Floyd’s different than your average former champ.

So, what separates Floyd from the rest?

“I give Floyd a good chance because Floyd’s a gym rat, that’s all he does.”

“You see him in the club for one week but he’s in the gym every day for 25 years. Even when he goes out and party, he’s back in the gym the next day. He does it in his sleep, this is what he do.”

FYI, there’s a track record in the Mayweather family. Money’s longtime trainer and uncle — Roger Mayweather — was a 2-weight boxing champion who flawlessly transitioned into his role as Floyd’s coach … before passing away in March.

Tyson points out Floyd is ALWAYS in shape and could be ready to fight at any time (Hi, Conor!) … and that discipline is what separates Mayweather from everyone else.

“His lifestyle is predictable to a long duration athletic range.”

If Tyson says it … we ain’t gonna disagree.

Hacked! – The Tragic Life and Curious Death of Howard Hughes

Hacked! – Vegemite Is the Curious Comfort Food From Down Under