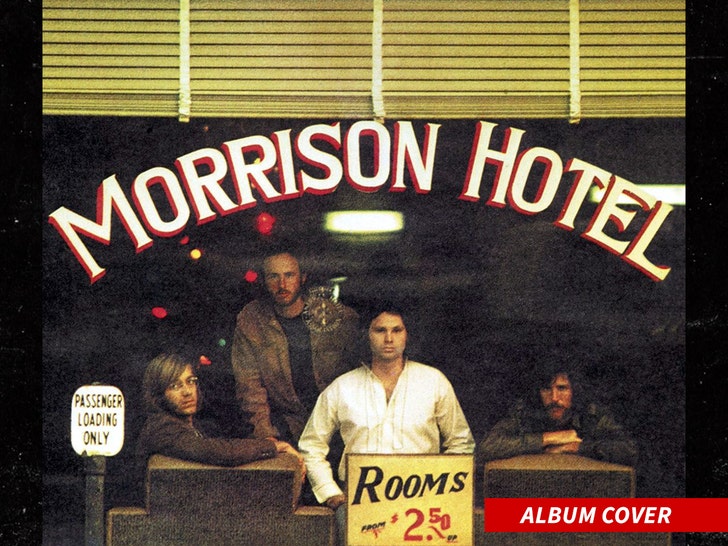 The Doors snagged a ton of big-time talent, including Miley Cyrus, to help them celebrate a milestone in music — and it seems they rocked too hard … ’cause sirens had to respond.

The iconic rock band held a little shindig Saturday night at the Sunset Marquit Hotel in West Hollywood, where designer John Varvatos and photog Timothy White co-hosted with Jack Daniels sponsoring. It was all to honor the 50th anniversary of ‘Morrison Hotel.’

It’s The Doors’ 5th album, and it was a game-changer in music — further cementing the band’s legacy in rock. ‘Morrison’ was also considered a return to form for them.

BTW, this legendary photo that was used for the ‘Morrison Hotel’ album cover was shot by the great Henry Diltz. Just a fun fact — he did an entire shoot of the boys back then.

Anyway, it would appear the album left a major impact on some Hollywood’s biggest stars, including Dennis Quaid, Jonathan Galecki and Michael Bolton … all of whom showed up to play a tune in tribute to TD. Some of them even played with The Doors themselves — especially Doors guitarist Robby Krieger, who jamemed with everyone.

All acts were accompanied by the house band, the Tangeirs Blues Band. Then came Miley’s close-out performance, which we’re told was awesome … but also a bad omen.

The Fire Dept. came out and shut the whole thing down — apparently it was too crowded. Classic Doors show!!!

Hacked! – Yeast Is the Magic Microbe That Makes Bread Rise