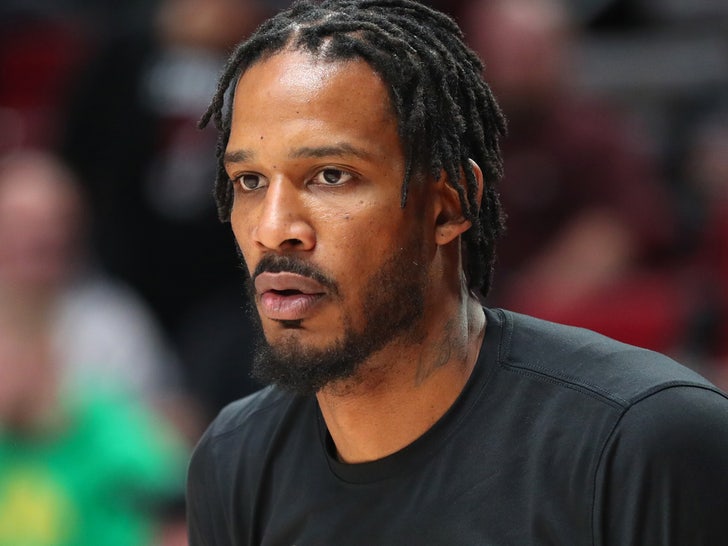 The mother of Trevor Ariza‘s 12-year-old son claims the NBA star has physically abused their child on multiple occasions and she’s demanding a restraining order on the child’s behalf, ASAP.

But, Ariza says the allegations are patently false — and he’s fighting back in court docs of his own.

The 35-year-old Portland Trail Blazers star opted out of the NBA restart in the Orlando bubble — reportedly to spend time with his son.

Ariza and the mother of his child, Lana Allen, have been locked in a custody battle for a while.

But, Allen recently filed new court documents in Los Angeles accusing Ariza of carrying out a pattern of domestic violence against the child, dating back to 2019.

The details are graphic — but the allegations are that Ariza, a strong, pro athlete, clearly crossed a line when dishing out corporal punishment on at least two occasions.

In new court docs, Allen is requesting a restraining order against Ariza in hopes of keeping him away from the child.

She claims the child “fears” his father and is “not safe in his care.”

Ariza has filed a response to the allegations — strongly denying the accusations of child abuse and vowing to clear his name.

Ariza says it’s Allen who’s been alienating him from the child — causing a rift in their relationship.

Ariza says, “what is occurring here is in fact [Allen’s] abuse of the minor child by her relentless, cruel loyalty conflict for [the child], alienation campaign and selfishly driven attempts to interfere in father and son’s relationship.”

According to court docs, a custody trial is set for October. Both sides are gunning for custody of the child.