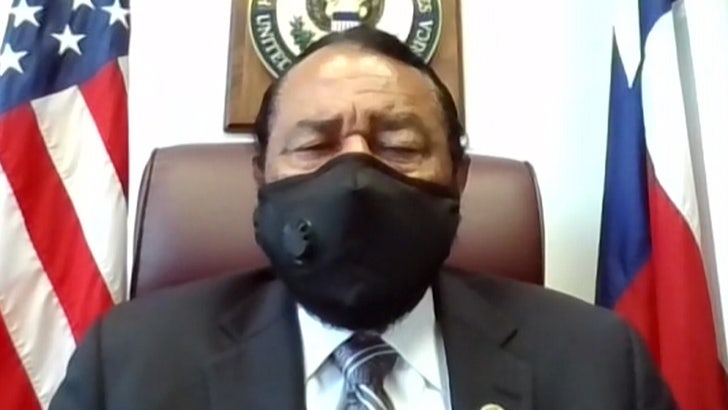 Rep. Al Green says there are more reasons than ever for all Americans to celebrate Juneteenth, and a national holiday is just the start of what D.C. can do to honor the spirit of the day.

The Congressman from Texas gave us a brief history lesson on June 19 — which commemorates the end of slavery in the U.S. — and explained why the Black Lives Matter movement is making it more special this year.

Green’s all for making Juneteenth a national holiday — it already is in Texas — but he has his sights set on a bigger mission … creating a Department of Reconciliation.

The congressman says despite the atrocities in our nation’s history, we’ve never reconciled them. He says it will take a new federal agency — working directly with the Prez — to make it happen. Green believes it’s crucial if we’re serious about stamping out racism and discrimination.

Green points to Germany as a template for doing this and makes a strong case for why Confederate statues gotta go too.

As for President Trump bragging that HE made Juneteenth “very famous” — well let’s just say school’s in session … and Congressman Green is the teacher.