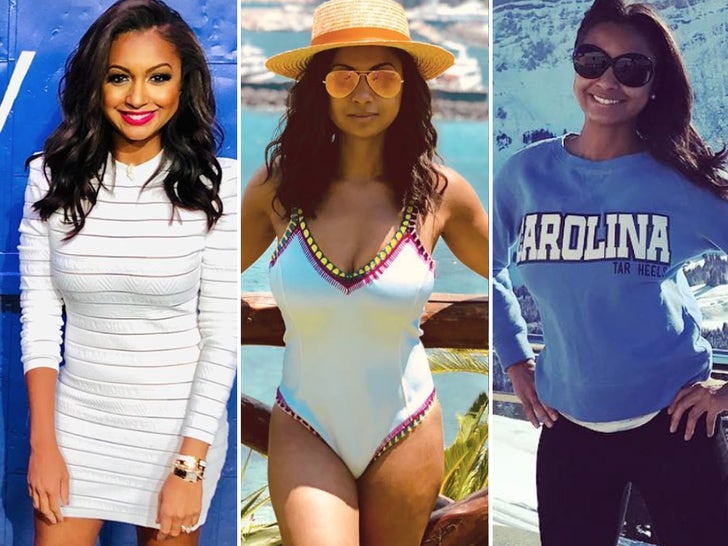 The “Real Housewives of New York City” is making a little history … now that producers have hired their first Black cast member in the show’s 13-year run.

TMZ’s learned the Bravo series hired Eboni K. Williams to join the Big Apple ladies for season 13, which is already in production. The attorney and TV host is ecstatic about her new gig, telling us … “NYC is filled with successful and dynamic Black women. I’m excited to join this legendary franchise as the first Black housewife. Can’t wait to share a slice of life in this city that hasn’t been seen before.”

She added, “Anyone who’s aware of my work knows I don’t hold back. I’m going to keep it just as real here as I do everywhere else.”

The 37-year-old Charlotte native co-hosted “FOX News Specialists” before leaving FNC at the end of 2018. For a short time, Eboni co-hosted a talk show on WABC Radio in NYC and currently co-hosts “State of the Culture” on Diddy‘s REVOLT TV.

Eboni earned her law degree from Loyola University New Orleans College of Law — and she clerked for Louisiana’s Secretary of State and the state’s Attorney General. Bottom line … she can hold her own in an argument, which should come in handy.

As we reported, the show’s producers also shot with Bershan Shaw, another potential Black housewife. In the end, they decided Eboni was the better fit as a full-time cast member. We’re told it’s still possible Bershan will make appearances.

TMZ broke the story … ‘RHONY’ wanted to diversify its cast this upcoming season. There was certainly plenty of room to do so with Dorinda Medley and Tinsley Mortimer‘s departures.