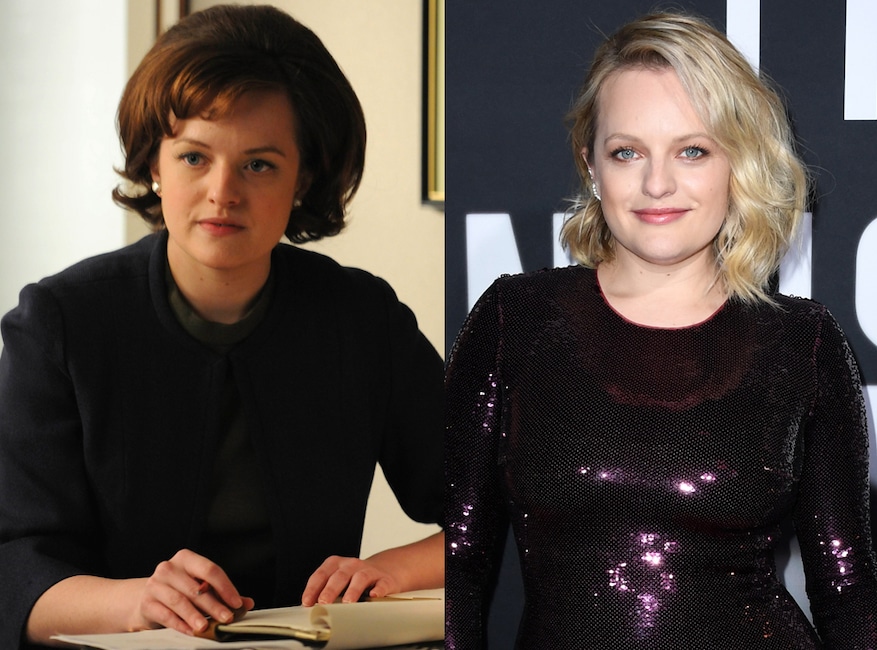 It’s been five years since we said goodbye to the ’60s.

On May 17, 2015, the landmark AMC drama from creator Matthew Weiner, which provided an incisive look at life in America in the turbulent 1960s through the lens of the Sterling Cooper ad agency and its many employees, finally reached the fall of 1970 and the end of its seven-season saga.

And after making Jon Hamm, Elisabeth Moss, January Jones, Christina Hendricks and Kiernan Shipka (to name but a few) household names and stars in their own right, it put a period on the story of Don Draper (not to mention those of his family and colleagues) while suggesting it was his attendance at a meditation class that lead to the iconic 1971 “Hilltop” Coca-Cola commercial. You know, the one with the “I’d Like to Buy the World a Coke” jingle.

In the five years since, the stars of the show have gone on to great things. So, in honor of the finale’s fifth anniversary, we thought we’d check in with them.

From winning Emmys to ending marriages, they sure have been busy. See what the cast of Mad Men has been up to—and how much they’ve changed—since returning to life in the present day!

Since breaking through as the stoic and secretive ad man Don Draper (aka Dick Whitman), Hamm has appeared on shows including Unbreakable Kimmy Schmidt, Wet Hot American Summer: First Day of Camp, Good Omens and Curb Your Enthusiasm, while also starring in the films Baby Driver, Tag, Bad Times at the El Royale, and Richard Jewell. He’ll next be seen in the highly-anticipated sequel Top Gun: Maverick. Just months after Mad Men went off the air, he and partner Jennifer Westfeldt split after nearly 20 years together.

Moss followed up seven seasons as feminist icon Peggy Olson by jumping into another seminal feminist role, that of Offred in Hulu’s adaptation of The Handmaid’s Tale, which debuted in 2017 and earned her an Emmy for Outstanding Lead Actress in a Drama that year. The series has been renewed for a fourth season, though, as of press time, its return date remains TBD. In 2017, she also returned to the role of Robin Griffin, which she originated in Jane Campion‘s Top of the Lake in 2013, for the follow-up series subtitled China Girl. She’s also appeared in the films Her Smell, Us, The Kitchen and The Invisible Man. She’ll next be seen in Wes Anderson‘s The French Dispatch, due in 2020. 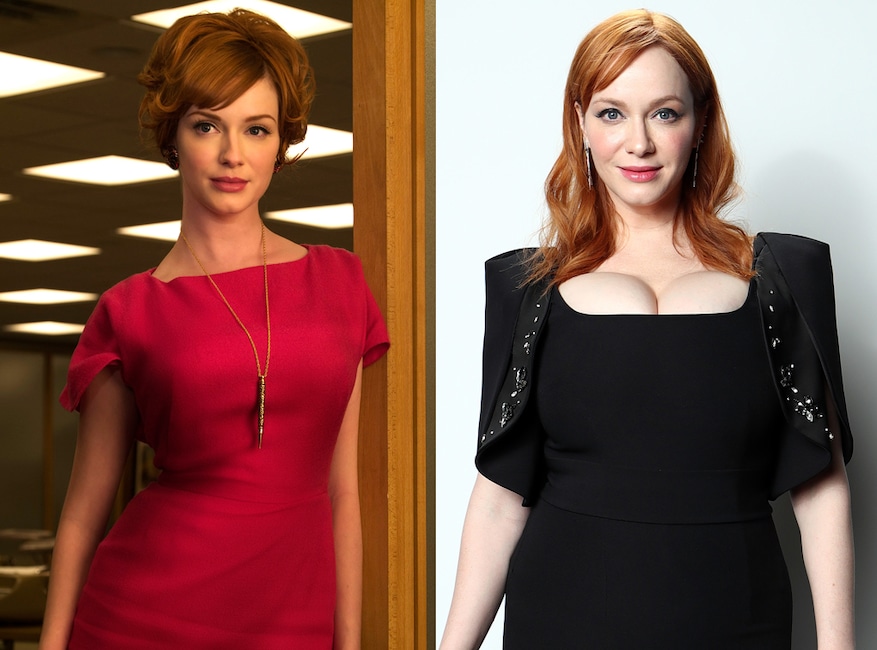 After saying goodbye to breakout role Joan Holloway, Hendricks starred in the short-lived series Another Period, Hap & Leonard and Tin Star before landing the lead role on NBC’s crime dramedy Good Girls. She’s also appeared in the films Bad Santa 2, The Neon Demon, The Strangers: Prey at Night and American Woman, while also lending her voice to 2019’s Toy Story 4. In October 2019, she and husband Geoffrey Arend announced their separation after 10 years of marriage. 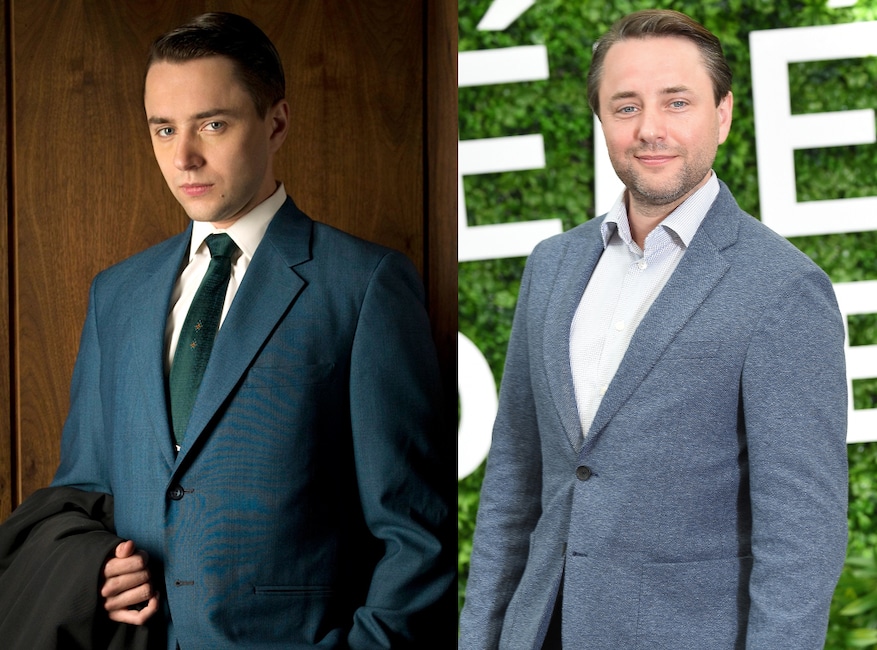 After leaving behind the ambitious and privileged Pete Campbell, Kartheiser has recurred on shows like Casual, The Path and The OA, while starring in the short-lived 2019 series Proven Innocent. He’s also appeared in the films The Most Hated Woman in America, My Friend Dahmer and Most Likely to Murder. In 2016, it was revealed that he and wife Alexis Bledel had secretly welcomed a son in the fall of 2015. 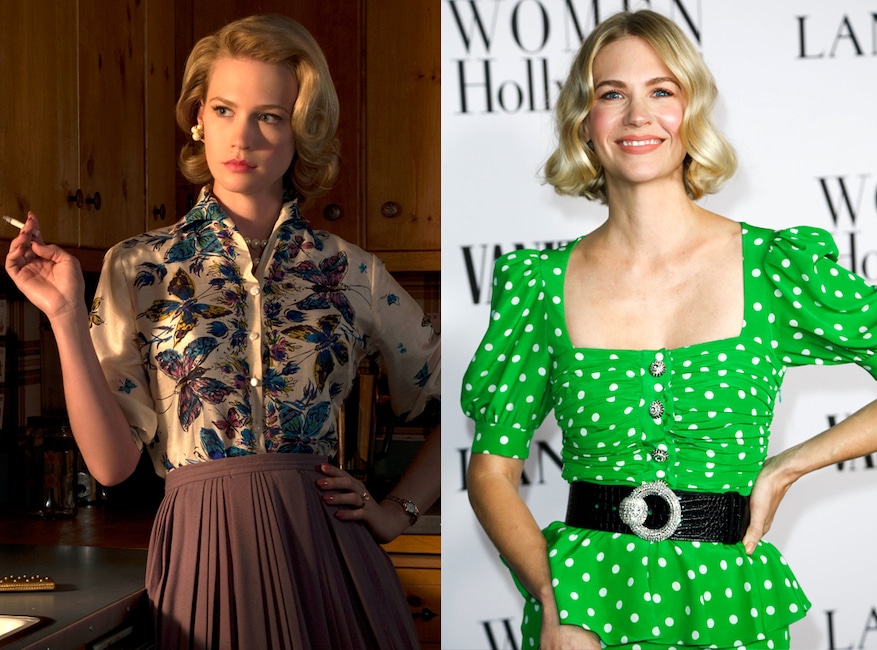 Since saying goodbye to the polarizing role of Betty Draper, Jones transitioned to comedy with a lead role on the Fox comedy The Last Man on Earth, which aired for four seasons through 2018. After that, she appeared in a pair of Netflix dramas: The Politician, which returns for season two in June 2020, and Spinning Out, which was canceled after one season. 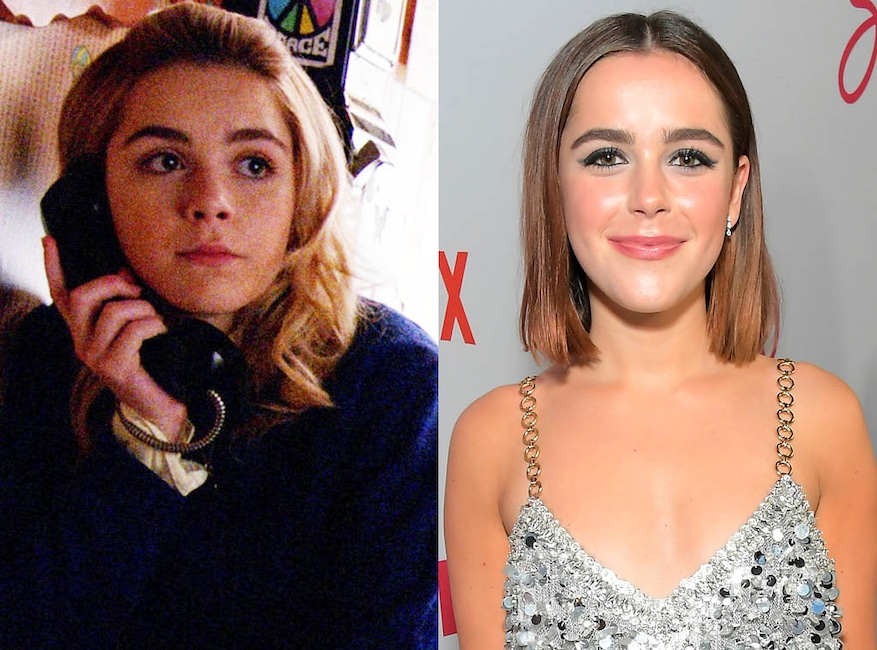 Only 16 when she said goodbye to the role of Sally Draper, Shipka has gone on to star in Feud and, currently, Netflix’s Chilling Adventures of Sabrina. She’a also appeared in a pair of Netflix films, The Silence and Let It Snow. 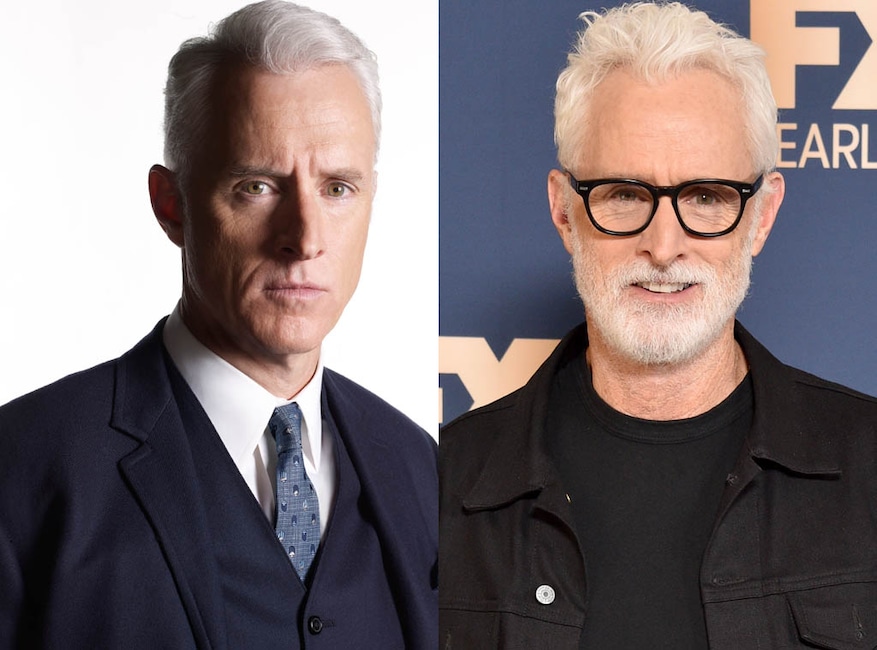 After playing senior partner Roger Sterling, Slattery went on to appear in the shows Wet Hot American Summer: First Day of Camp, Veep, Modern Love and, currently Mrs. America. He’ll next star in the Fox drama neXt, debuting fall 2020. Beginning with 2015’s Ant-Man, he’s also reprised his Iron Man 2 role of Tony Stark’s father Howard in a total of three films, including the epic Avengers: Endgame in 2019. Slattery has also had roles in the films Spotlight and Churchill. 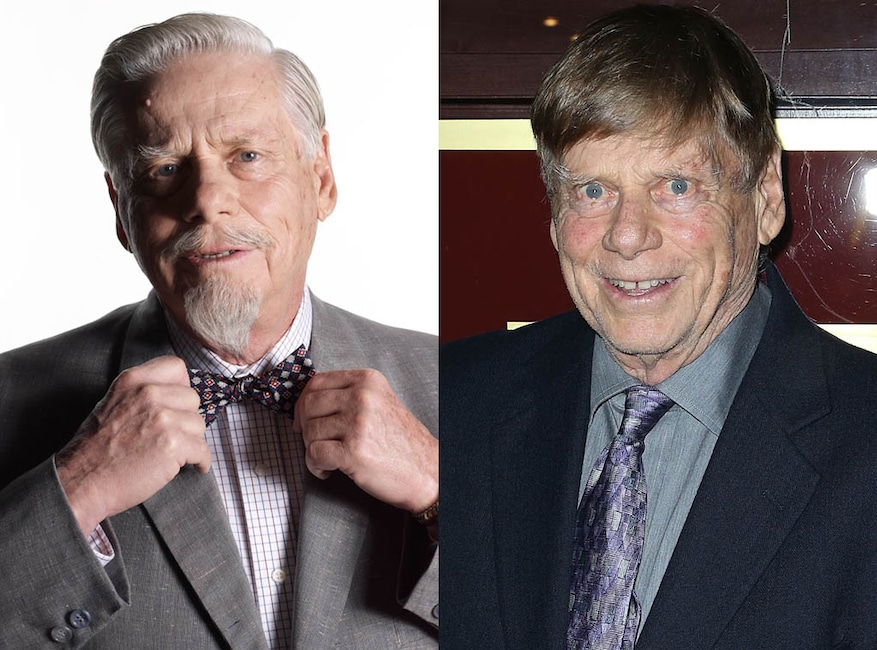 Since playing the highly eccentric Bert Cooper, Morse has portrayed Dominick Dunne in FX’s American Crime Story: The People v. O.J. Simpson, while also returning to Broadway for the first time since 1990 with a role in the 2016-17 production of The Front Page. 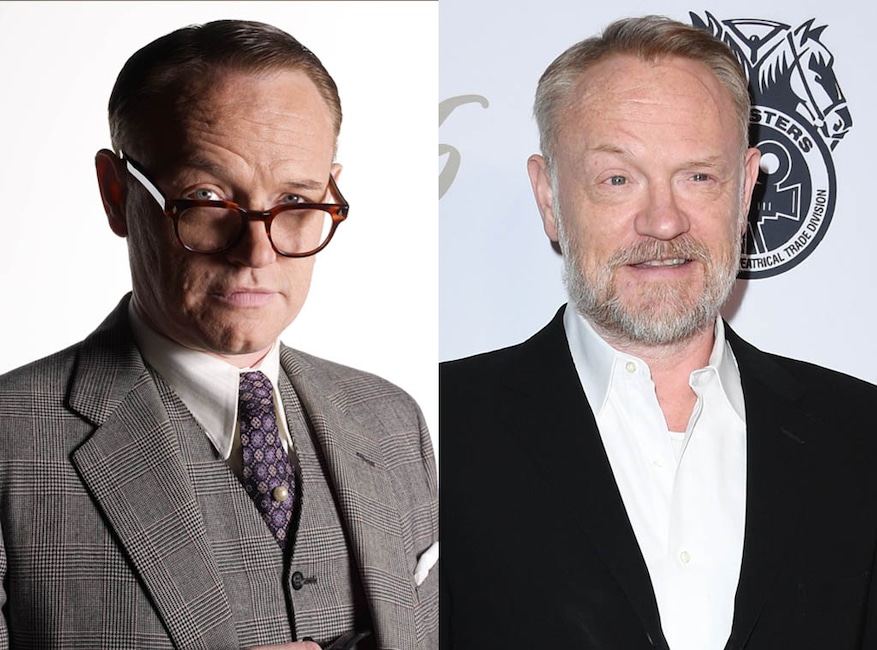 After Lane Pryce tragically checked out in season five, Harris had roles in The Expanse, The Crown, The Terror, Chernobyl and Carnival Row. He’s also appeared in the films Pompeii, Poltergeist, The Man from U.N.C.L.E., and Allied. He’ll next be seen in the film adaptation of Marvel’s Morbius. A year after his 2012 Mad Men departure, Harris married his third wife, Allegra Riggio. It was his third marriage. 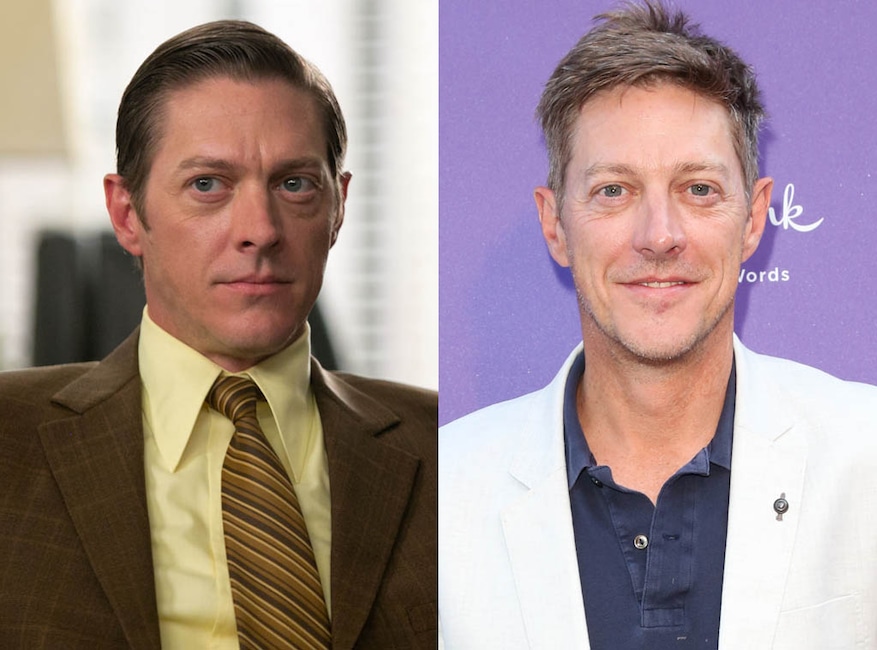 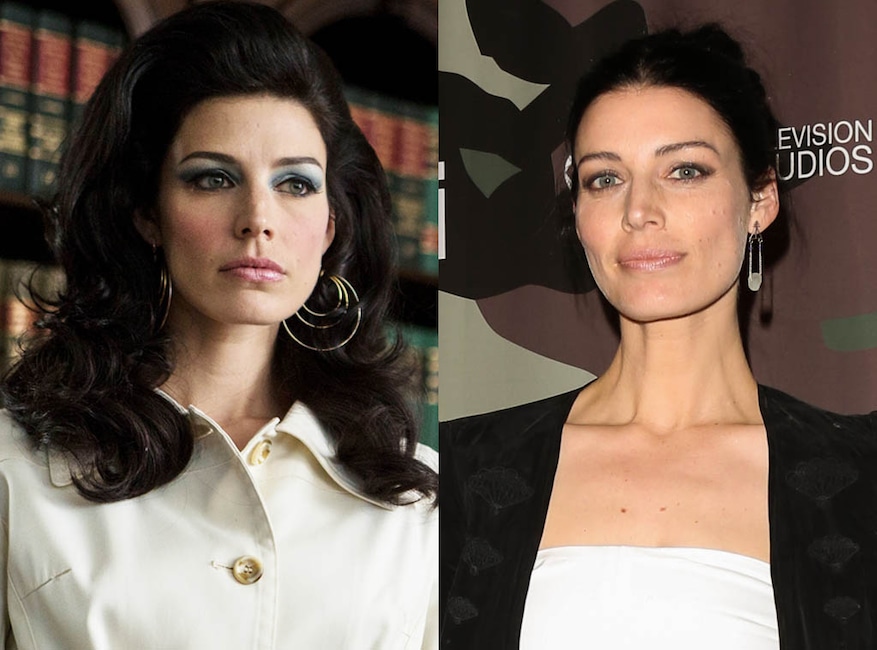 Since enchanting Don (and us) as his second, zou bisou bisou-ing wife Megan, Paré has been starring on CBS’ SEAL Team. She’s also appeared in the films Brooklyn and Lovesick. Just before Mad Men aired its series finale, she and musician husband John Kastner welcomed a son, Blues Anthony Paré Kastner. 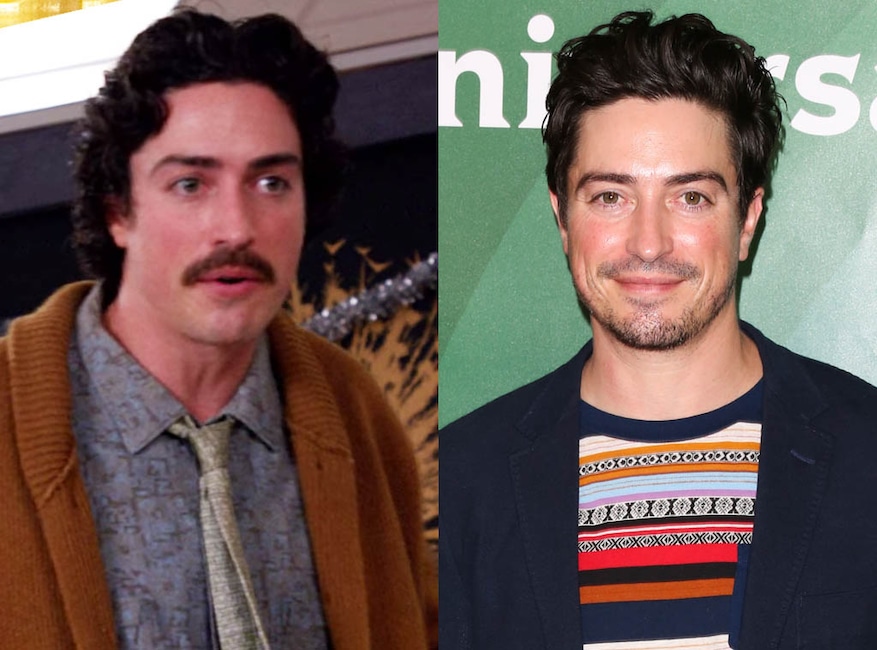 After his Michael Ginsburg sliced off his nipple and was carter off the the psych ward, Feldman began recurring on Silicon Valley and starred in the short-lived NBC sitcom A to Z before finding success with Superstore on the network in 2015. The workplace comedy is heading into its sixth season. He’s also appeared in the films As Above, So Below, 400 Days, Between Us and Thumper. In November 2017, he and wife Michelle Mulitz welcomed their first child, Charlie. A daughter, whose name hasn’t been publicly disclosed, arrived in May 2019. 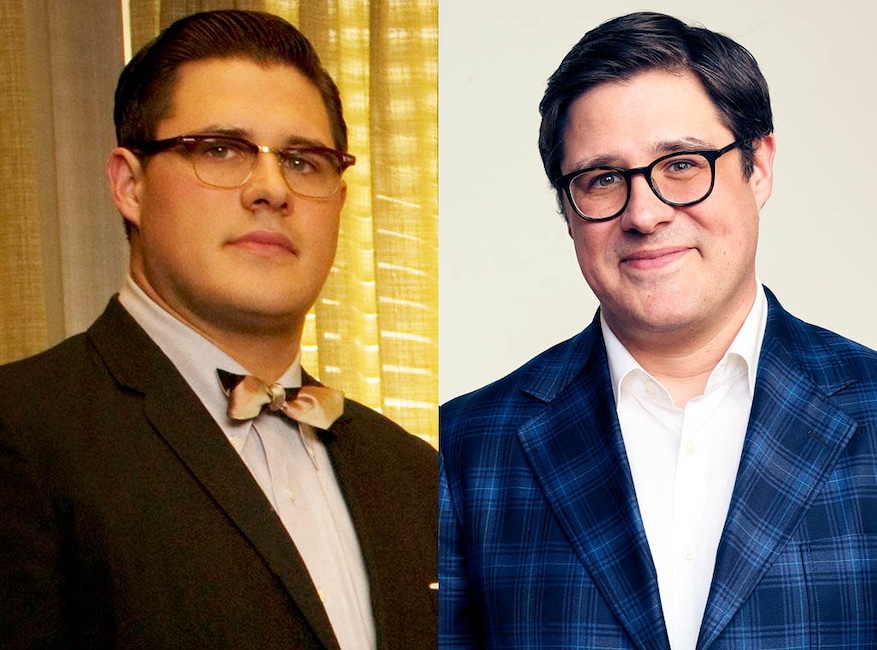 Since playing Harry Crane, Sommer has appeared in shows like Wet Hot American Summer: First Day of Camp, Grey’s Anatomy, Masters of Sex, GLOW, and Run. He currently stars on the CW’s In the Dark. He’s also appeared in the films LBJ, Girlfriend’s Day and A Futile and Stupid Gesture. 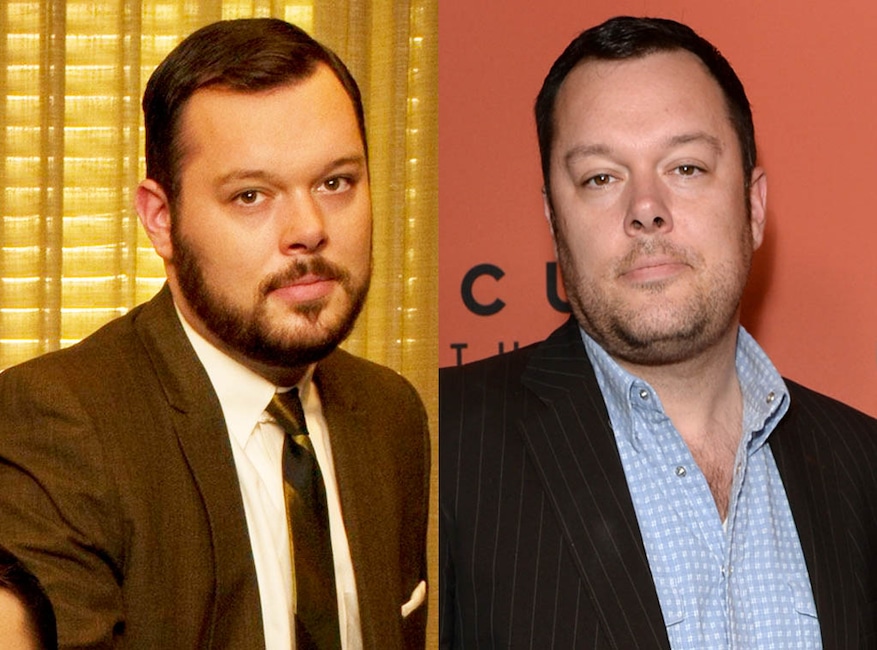 After his Paul Kinsey ran off with the Hare Krishnas, Gladis appeared in the shows Eagleheart, Lucifer, Feed the Beast and Criminal Minds. He currently stars in Showtime’s Penny Dreadful: City of Angels. Gladis has also appeared in the films Knights of Badassdom, Not Safe for Work and Terminator: Genisys. In July 2018, he and 2 Broke Girls actress Beth Behrs got married. 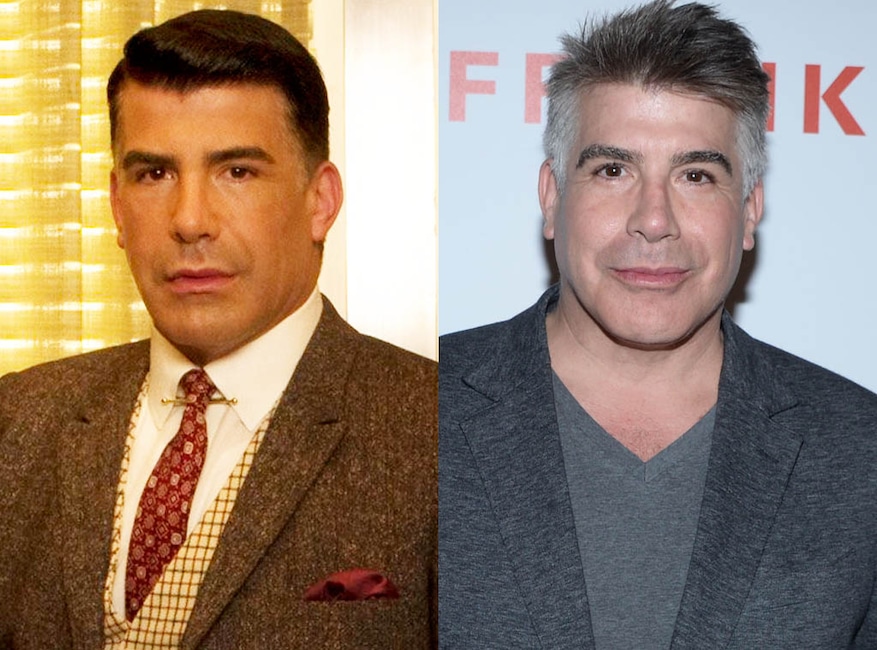 After closeted homosexual Sal Romano was written out at the end of the third season, Batt had a recurring role on MTV’s Scream and has appeared in episodes of NCIS, NCIS: New Orleans, Tales of the City and EastSiders. He’s also appeared in the films 12 Years a Slave, Parkland, LBJ and Billionaire Boys Club. Batt has also published two books, 2010’s She Ain’t Heavy, She’s My Mother: A Memoir and 2011’s Big, Easy Style. In 2014, he and his longtime partner Tom Cianfichi, an event planner, got married. The two own Hazelnut, a home decor and furnishings store, in New Orleans. 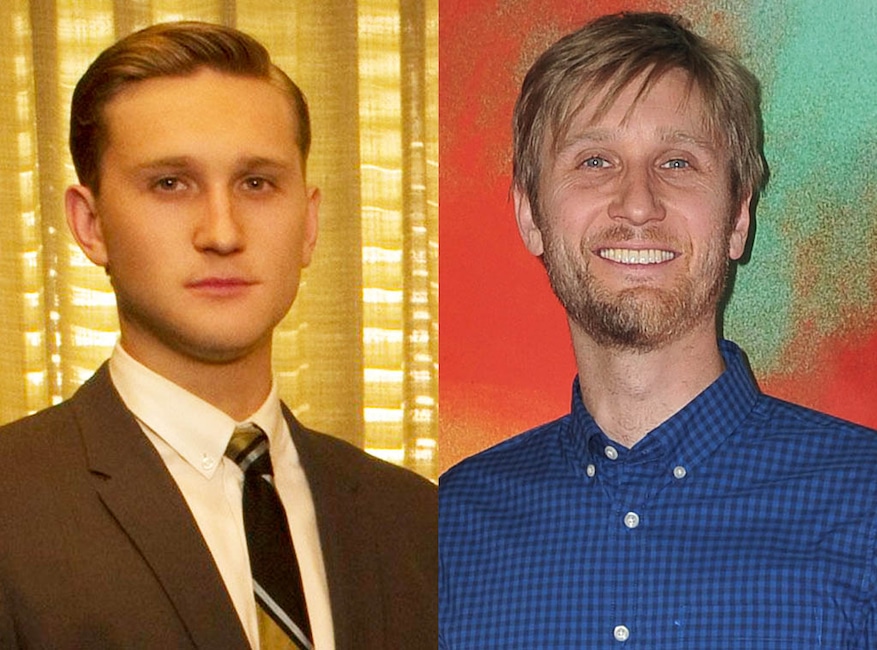 Since his days as Ken Cosgrove, Staton has appeared on the shows Ray Donovan, Girlfriends’ Guide to Divorce, Castle Rock, Narcos: Mexico, God Friended Me, and Unbelievable. 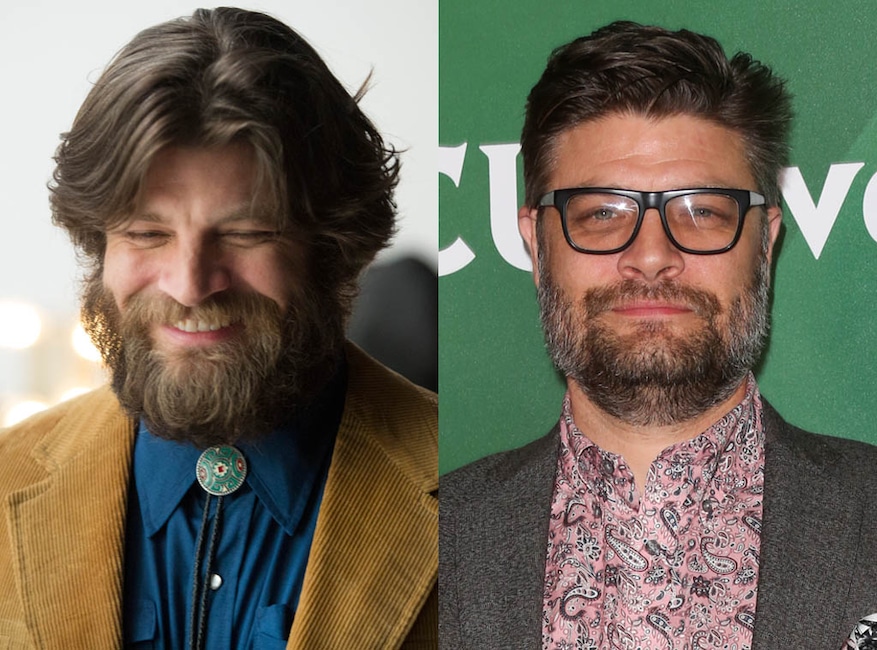 After stealing Peggy’s heart as art director Stan Rizzo, Ferguson starred in the short-lives series The Real O’Neals and Living Biblically, appeared in Twin Peaks and The Assassination of Gianni Versace: American Crime Story, and currently appears in The Conners and Briarpatch. 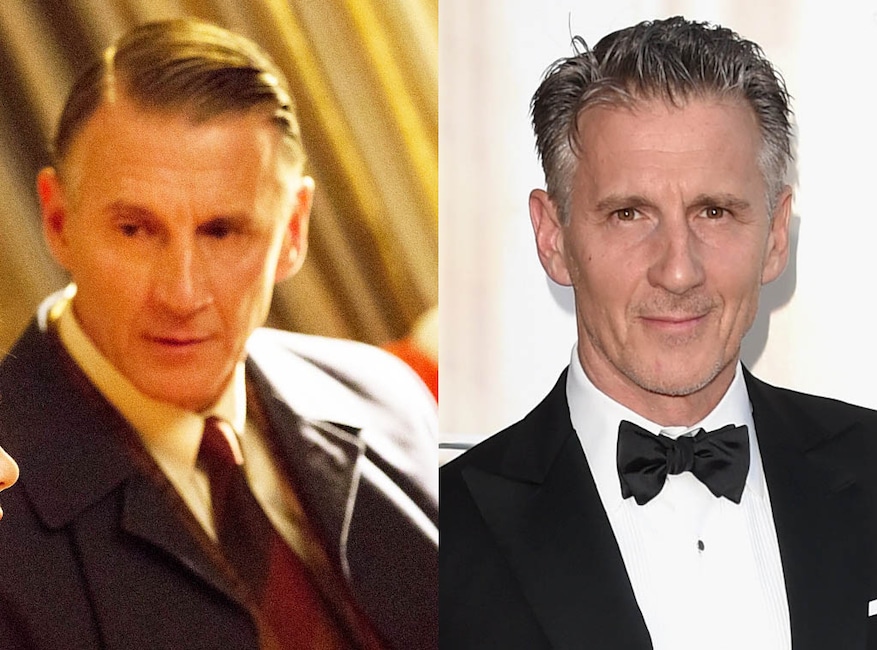 Since sweeping Betty off her feet as second husband Henry Francis, Stanley has appeared in episodes of American Crime, Lethal Weapon, Waco and Narcos: Mexico. 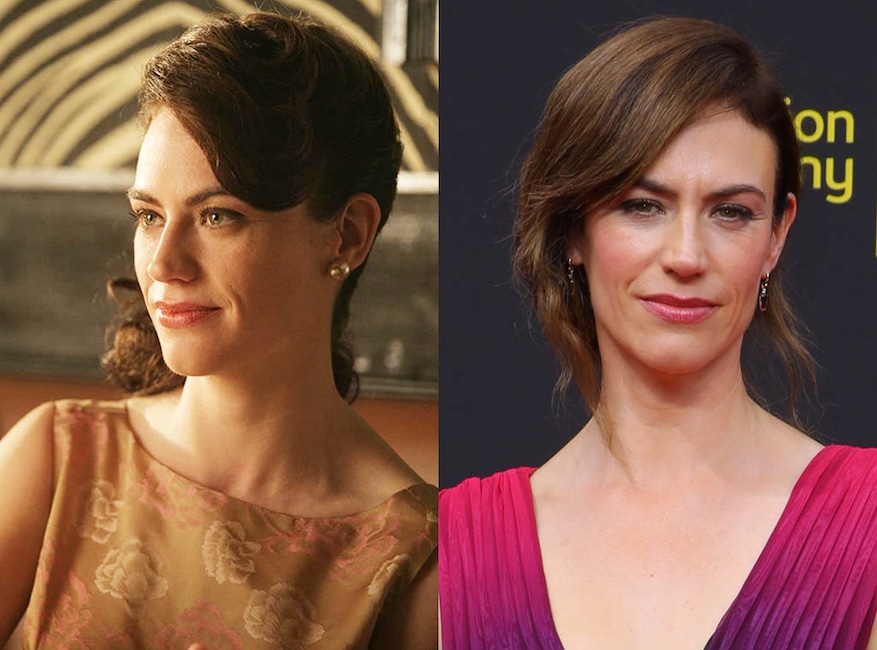 Since her brief time as Rachel Menken, Siff spent six seasons as Tara Knowles as FX’s Sons of Anarchy. In 2016, she began starring in the Showtime hit Billions. After marrying Paul Ratliff in 2012, she welcomed daughter Lucy in April 2014. 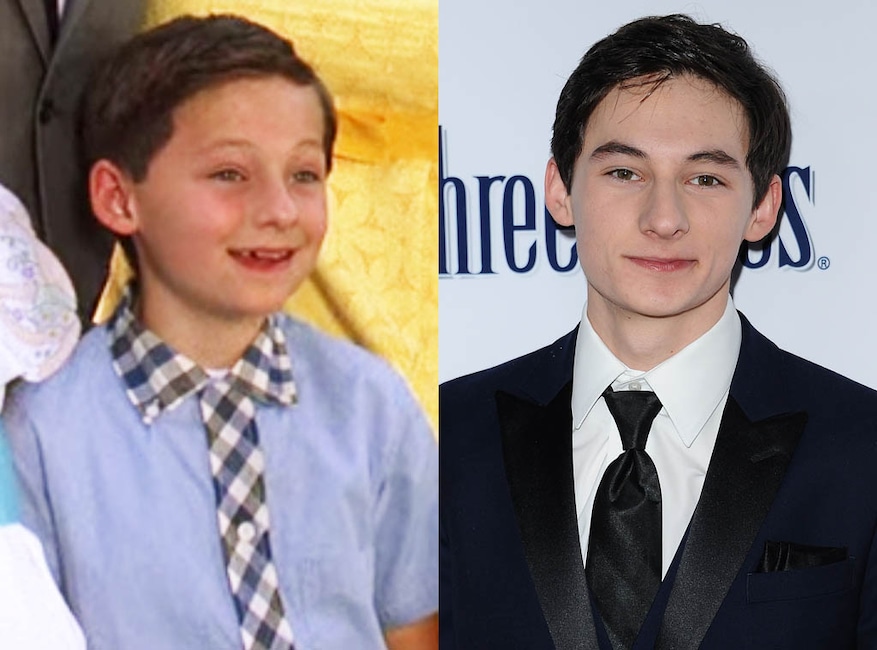 As the third actor to play Don and Betty’s son Bobby, Gilmore appeared the show’s third and fourth seasons. He left in 2011 to take the role of Henry Mills in ABC’s long-running fantasy series Once Upon a Time. In March 2019, he was signed to professional esports team Atlanta Reign as a streamer, competing in the Overwatch League 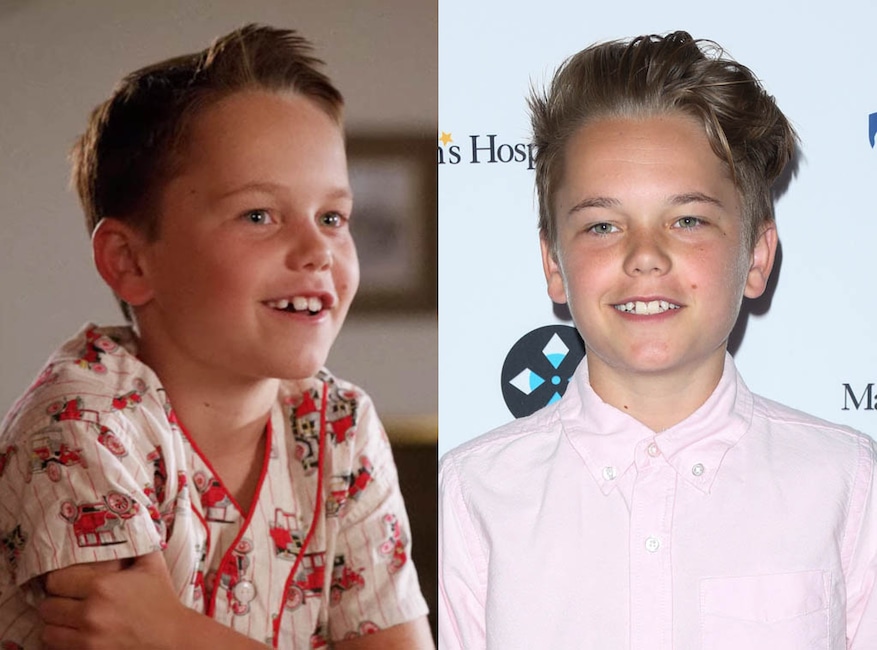 As the fourth and final Bobby, Vale joined the show in season five and remained with it until its series finale. Since then, he’s appeared in an episode of short-lived Fox series The Grinder, lent his voice as the titular role of Arnold Shortman in the 2017 animated TV movie Hey Arnold!: The Jungle Movie, and also appeared in the Crackle original film Mad Families.

(E! and NBC are both part of the NBCUniversal family.)

Hollywood Today – Did Grey’s Anatomy Just Break Meredith and DeLuca Up for Good?