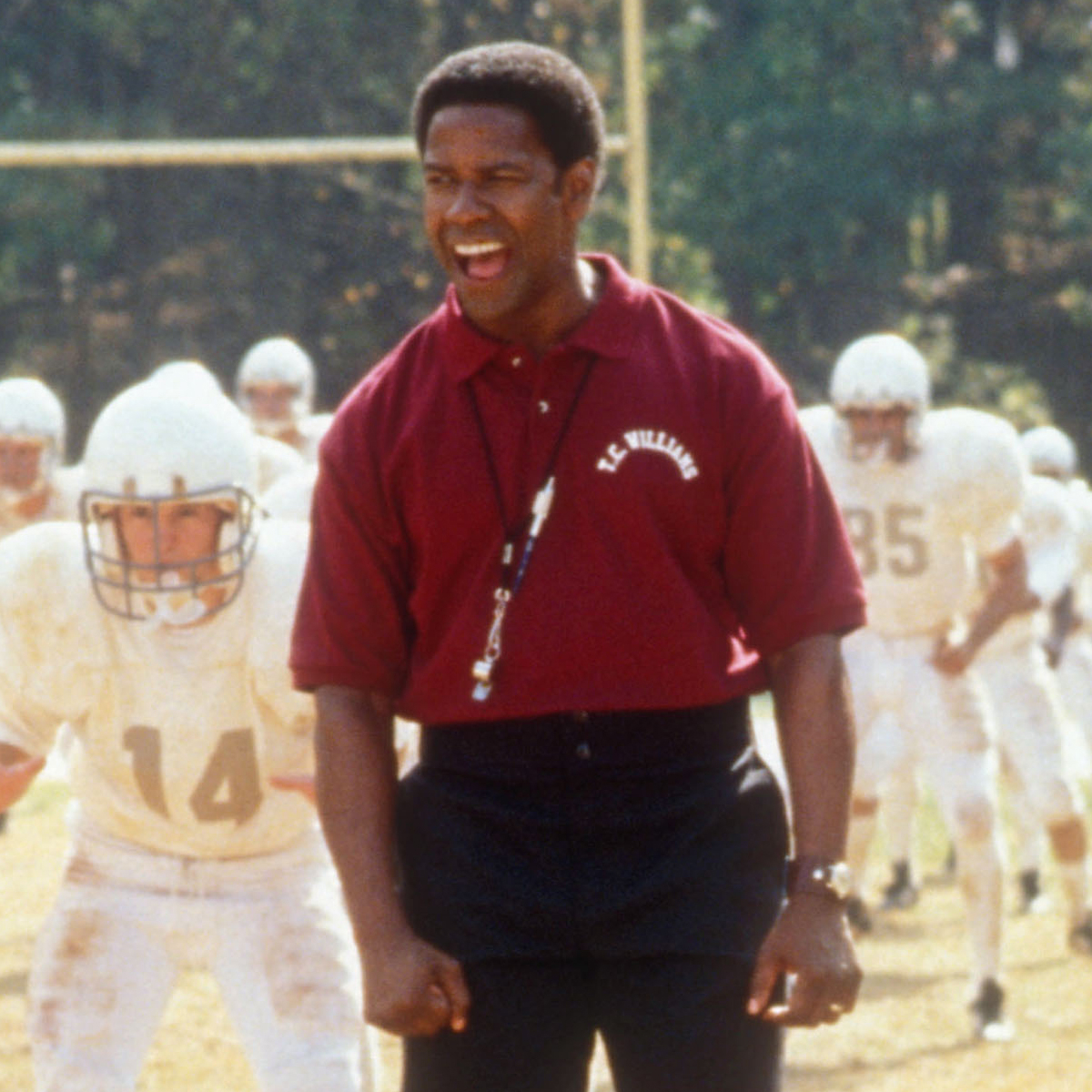 OK, fine: The Academy Award winner took on the role of real-life Coach Herman Boone, which won him the 2001 NAACP Image Award for Best Actor, the same year he’d win a Golden Globe for The Hurricane.

And just one year later, he’d win his second Oscar for turn in Training Day. He’d go on to star in a string of hits, including Man on Fire, The Manchurian Candidate and American Gangster. Most recently, he starred in Roman J. Israel, Esq. and The Equalizer 2, also serving as a producer on both films.

Over the course of his acclaimed career, the 65-year-old actor has been nominated for nine Oscars, has won two Golden Globes, one Screen Actors Guild award and one Tony Award for Fences, which he then helped bring to the big screen, serving as the director and star, opposite Viola Davis, in the 2017 adaptation of the play.