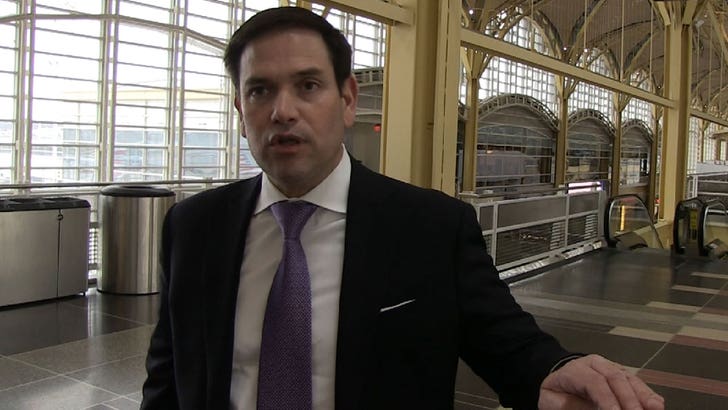 Sen. Marco Rubio says there’s no way the government is gonna implement martial law to deal with the coronavirus pandemic, and rumors to the contrary are extremely dangerous!!!

We got the Florida Senator Monday at Reagan National Airport, and he called misinformation about soldier deployment an absolute hoax … most likely the work of Internet trolls.

As you know … places like San Francisco are putting residents on round-the-clock curfew for the next 3 weeks to stem the virus’ spread. While police can arrest people violating curfew, Rubio says that’s way different from martial law.

Marco says martial law — where government control is handed over to army — just doesn’t exist anymore in our country. He says that’s not about to change, either.

Sounds like the Senator’s had it up to here with “crazy people” on the Internet, and adds even “smart people” have been hitting him up all day worried about martial law.

Bottom line … he says listen to the CDC and don’t confuse curfews and non-essential business closures with martial law.

Translation: Don’t believe the hype, in this case. Or the hoax.

Hacked! – What Is a Ghost Flight?