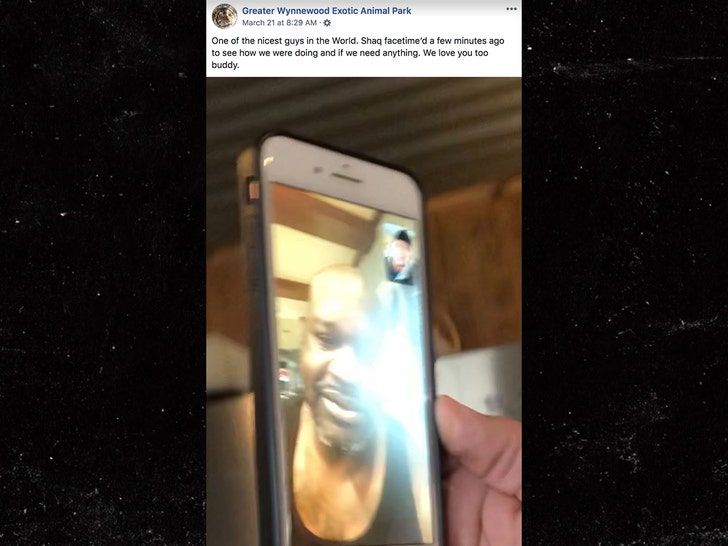 That’s what Lowe wants us to believe … and now PETA is calling on the NBA legend to cut ties with the Oklahoma zoo owner ASAP claiming he’s just as bad as Joe Exotic.

If you recall from the Netflix doc, Lowe owns the Greater Wynnewood Animal Park in Oklahoma … and just a few weeks ago, the zoo posted a screengrab which appears to show a FaceTime call between Shaq and Lowe.

“One of the nicest guys in the World,” the G.W. Animal Park posted on Facebook on March 21 … “Shaq facetime’d a few minutes ago to see how we were doing and if we need anything. We love you too buddy.”

Shocking, considering Shaq just went on his podcast a few days ago and tried to distance himself from the park and former owner, Joe Exotic.

In fact, Shaq said he “stopped going” to the zoo when he found out what was really happening behind the scenes.

Now, PETA is begging the NBA legend to disavow Jeff Lowe the same way he disavowed Joe Exotic … firing off a letter to Shaq explaining their position.

“It appears that the equally problematic wild animal exhibitor Jeff Lowe is now claiming to have your support, PETA said to Shaq.

“Lowe is no different from Joe Exotic when it comes to harming animals.”

PETA points out Lowe “has a long history of violations of the federal Animal Welfare Act” — and there’s still an active warrant for Lowe in Nevada stemming from Lowe’s failed tiger-petting business (which was also mentioned in the Netflix doc).

“It’s clear that you love tigers, and we hope you will dissociate yourself from people who profit from abusing, breeding, and exploiting them,” PETA said to Shaq in the letter, obtained by TMZ Sports.

“Will you please make it clear right away that you don’t desire to have an ongoing relationship with Lowe? As long as he continues to use your name to support his abusive business, you will be tied to animal suffering.”

“Instead, please help these tigers. Help us shut down these hellholes, move the animals to reputable sanctuaries, and keep them out of the hands of abusers.”

We’ve reached out to Shaq for comment. So far, no word back. 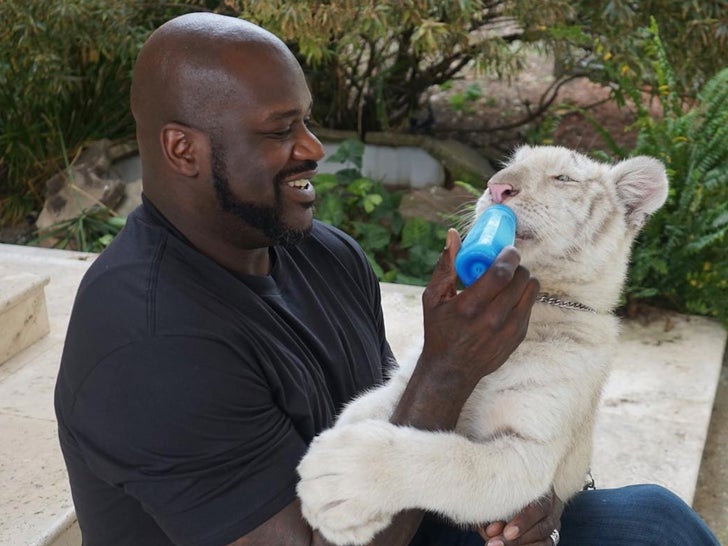