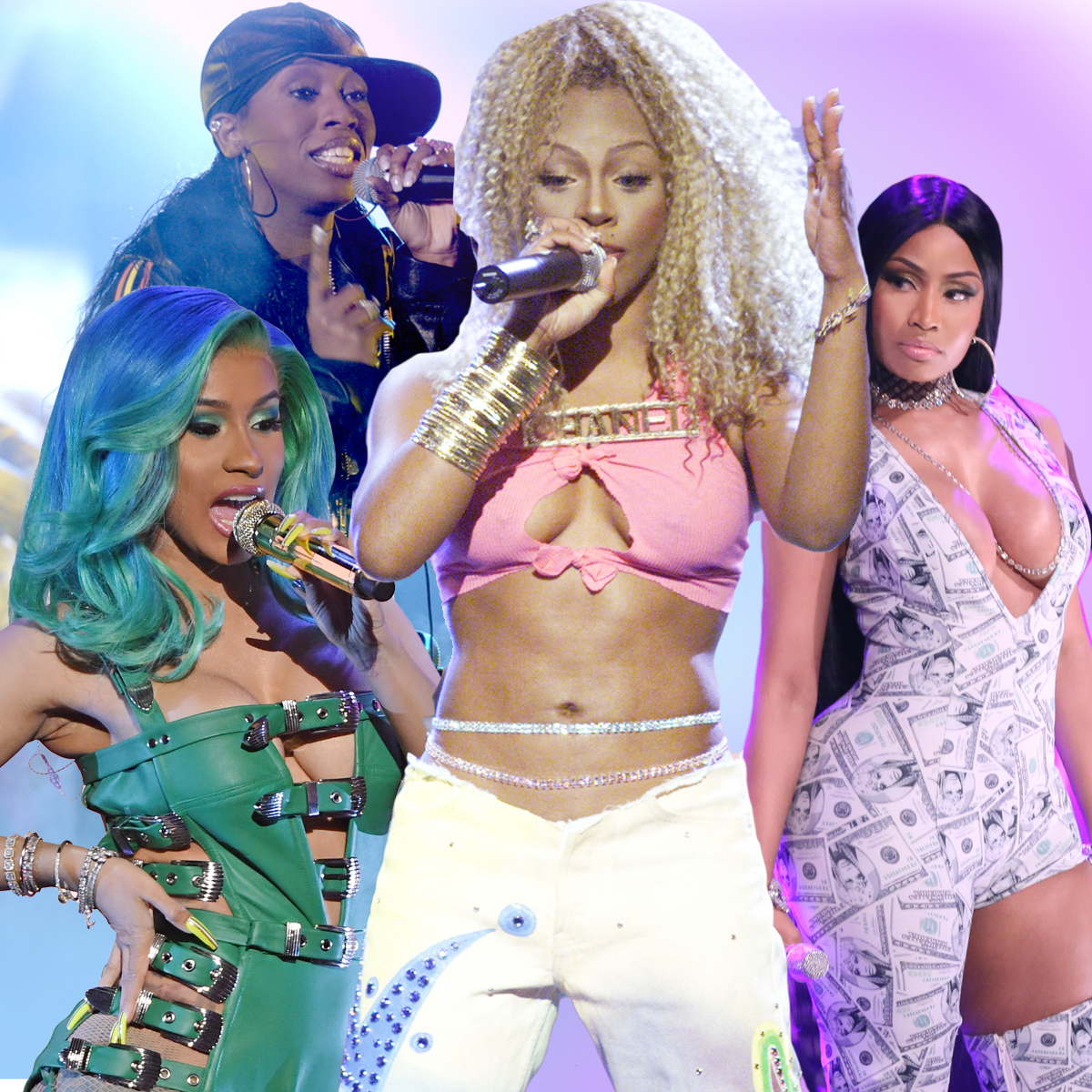 “Us women have always been talented. But it was a thing where there could only be one woman [rapper] at a time. You got all these guy rappers out here who ain’t really talking about a lot! [Laughs.] But we all would commend them, as many as they come.”

That’s how Megan Thee Stallion described the state of gender equality in the rap game to Billboard in late 2019. And she’s not wrong. The male-dominated genre—not to mention its fan base—has long had a complicated relationship with the female MCs daring to edge in on their turf and spit bars like the best of them.

And yet, at every point in rap’s storied history, you can find women pulling the spotlight, proving that they just might be “the best” of them.

From the pioneers like MC Lyte and Queen Latifah to the ’90s queens like Lil’ Kim and Missy Elliott, the modern divas like Nicki Minaj and Cardi B—who celebrates a birthday on Sunday, Oct. 11—to the rising stars like Meg and Doja Cat, there are queens reminding these so-called kings that this has never been just their kingdom.

Sports Today – What the work behind political change looks like...

Hollywood Today – How Sofi Tukker Have Kept the Music Going Every Day Throughout...

Hollywood Today – Max Greenfield on Why New Girl Is the Perfect Quarantine Show...

Hacked! – The Xbox Series S Will Release in November for $299