A couple of Joe Exotic‘s former zookeepers are as loyal as ever — recently getting together after years apart … partly in the name of cheering Carole Baskin‘s reality TV demise.

Saff Saffery and John Reinke — who starred in ‘Tiger King’ and used to care for the cats at Joe’s GW Zoo — met up for the first time in nearly 3 years out in Rockford, IL … where they’re set to star in an ad for Insurance King, opposite ‘Diff’rent Strokes’ actor Todd Bridges.

While hanging out Monday ahead of Tuesday’s shoot, they happened to catch the results of this week’s episode of ‘Dancing with the Stars’ … including Carole’s elimination after surviving a few weeks now. Check out how they reacted to the news — old rivalries are alive and well!

Yeah, there’s no love lost between these once feuding big cat caretakers — John even sounds a little Joe-ish here by calling CB one of his former boss’s fave catchphrases.

As for the commercial they’re set to be in, unclear exactly what it’ll entail — but based on the on-camera convo they had with Todd … sounds like it’s written well and should be chock full of laughs. Apparently, Todd’s worked with Insurance King before and vouches for ’em. 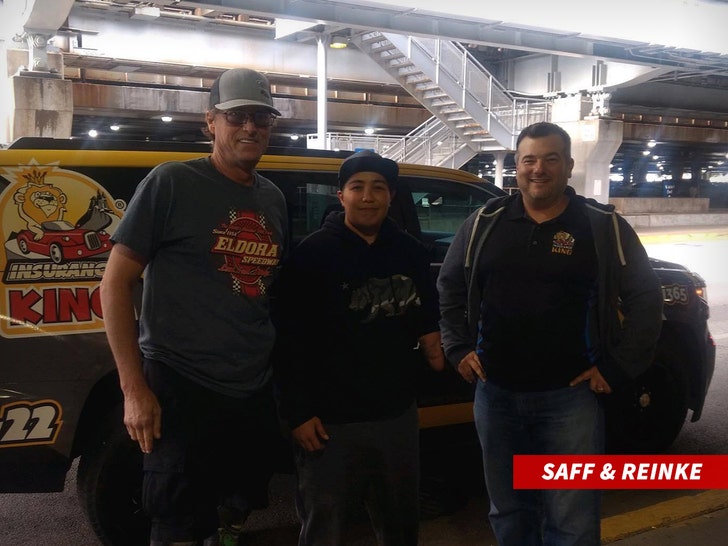 We know it’ll be very ‘Tiger King’-friendly — the company’s logo — which normally features a lion — has been swapped out for a tiger wearing a crown. The fanfare ain’t over yet.