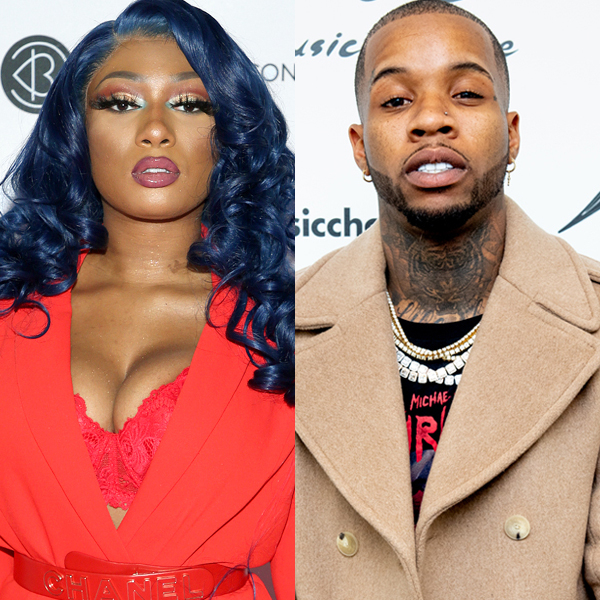 Tory Lanez is denying the allegations that he shot and injured Megan Thee Stallion in July. On his new album, Daystar, which dropped Friday, Sept. 25, the rapper claimed he was “framed” for the incident, saying, “I would never put you in no danger.”

In the opener “Money Over Fallouts,” Tory rapped, “Megan people trying to frame me for a shooting/But them boys ain’t clean enough.” He questioned, “How the f–k you get shot in your foot, don’t hit no bones or tendons?”

The 28-year-old doubled down on the claim that he’s being set up, saying, “Y’all can play me, y’all can frame me, but I’ma reach the top/I would never put you in no danger, and if I did, you would’ve said it when you seen the cops.”

Megan revealed in July that she was “grateful to be alive” after suffering from gunshot wounds to her feet. The Los Angeles Police Department confirmed there was a “Shots Fired Investigation” on July 12 that led to the arrest of Tory (AKA Daystar Peterson). Tory made the $35,000 bail and is set to appear in court on Oct. 13.

Five weeks later, Megan alleged Tory was the man that shot her. “Yes, this n—a Tory shot me,” she said on social media. “You shot me, and you got your publicist and your people going to these blogs lying and s–t. Stop lying.”

Tory hasn’t been officially charged for the shooting, and the incident is still under investigation by the LAPD. A source familiar with the investigation told E! News that law enforcement has the bullets that were taken out of Megan’s foot.

Sports Today – UT players on field for ‘Eyes of Texas’...

Hollywood Today – Miley Cyrus Shows Off Her Riskiest Outfit Yet Ahead Of Her...