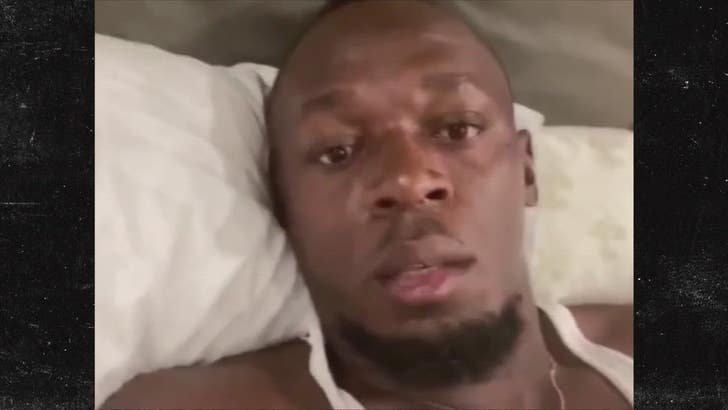 The results are in … and Usain Bolt has COVID-19, officials say.

Bolt had been self-isolating since taking his test on Saturday — and will continue to do so until he tests negative.

Earlier in the day, the 34-year-old Olympic legend had posted a video responding to a premature report he had COVID … saying he had been tested but was awaiting results.

Bolt says he had chosen to quarantine himself out of an abundance of caution … and now, it seems that was the right move.

There is still major concern about Bolt’s massive 34th birthday party, thrown by his girlfriend Kasi Bennett in Jamaica on Friday.

The event was MASSIVE — with tons guests, including a bunch of Jamaican celebrities.

The concern … video purportedly taken at the event appears to show a bunch of people dancing close without wearing masks or taking any real precautions to avoid spreading the virus.

Usain’s girlfriend just gave birth to their daughter, Olympia Lightning Bolt (greatest name ever), back in May.

Jamaica hasn’t exactly been a hotbed for COVID so far — with only 1,413 reported cases and 16 reported deaths since the pandemic began.

Hacked! – Twitter Is Encouraging Early Voting in the US