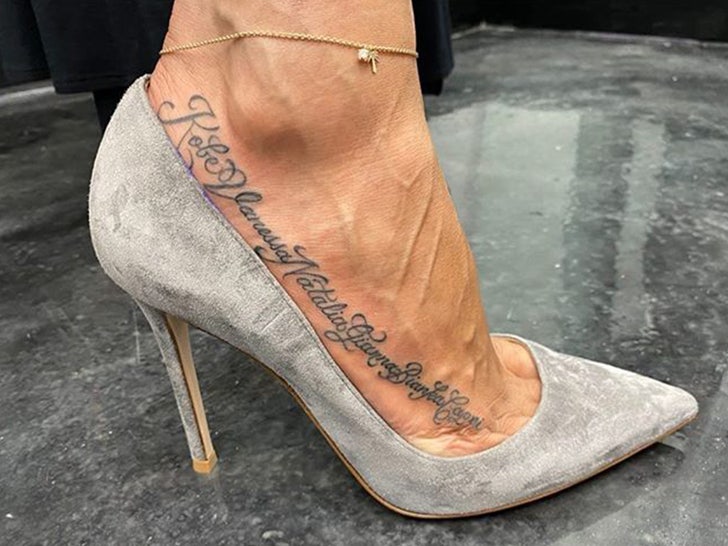 Vanessa Bryant added another Kobe Bryant tattoo tribute on her body — inking his name on her foot, along with the rest of their family.

Vanessa went public with the body art on her IG page on Tuesday — showing the names Kobe, Vanessa, Natalia, Gianna, Bianka and Capri tatted along the outside of her right foot.

The artwork lists their children in the order of their birth.

Vanessa shouted out the artist, Mr. Cartoon (the same guy who tatted a Kobe tribute on Snoop this week) … thanking him for the work.

Vanessa had some Kobe tributes tatted on her body back in February — but she didn’t reveal the specifics of that work.

All she would say is that the work on her wrist was a special message from Gianna — and there was also a “sweet message” from Kobe on her neck.

She thanked another tattoo artist, Nikki Hurtado, for doing that work.

As for the new art, unclear when it was done — but Vanessa’s famous friends are certainly supportive. Khloe Kardashian reached out saying, “You are so beautiful and strong!!!”

Hollywood Today – Shaq Fires Back at ‘Tiger King’ Critics, Joe Exotic Is NOT...

Sports Today – Kap friend: ‘This is what we were talking about’