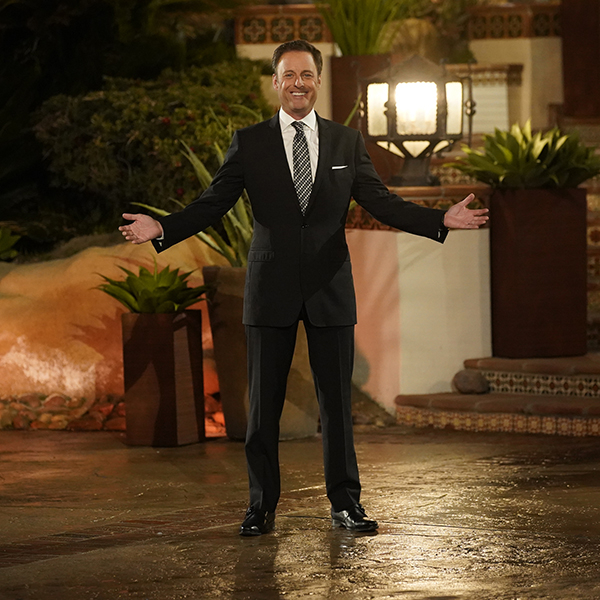 It’s been a month since Pilot Pete’s season of The Bachelor ended, and while members of Bachelor Nation have been doing their best to provide us whatever entertainment they can in these strange, dark times, we are more than ready to watch some new pretty single people attempt to fall in love on TV. Thankfully, this Monday, ABC is premiering The Bachelor Presents: Listen to Your Heart, a brand new spinoff series featuring musicians dating each other for six weeks.

It’s not a traditional series of the franchise, but it’s something different and unrelated to Peter Weber to keep us occupied as we hang out in hour homes. Now, you may be asking questions like “what is it?” and “how does it work?” and “will Jed be there?” and so we got host extraordinaire Chris Harrison to do some explaining.

E! News: How would you describe The Bachelor Presents: Listen To Your Heart?

Chris Harrison: I think you can describe it as Bachelor in Paradise meets A Star Is Born. If you’re a fan of The Bachelor you will sense that familiarity. You’re gonna think, oh, okay, this feels right. It feels familiar. But then at the same time, it feels fresh. It feels different. It has this kind of eccentric musical twist to it that feels really good, so it’s kind of the best of both worlds.

This time, all the contestants already share the same passion. How does that change the show?

They all do have this shared passion of music, and I thought okay, are they all going to be here for their musical careers? But honestly, it kind of took the onus off of that “are you here for the right reasons” thing, because they were all there for the reason of music and to expand that, but also to find love. So it actually added an element to the show, this kind of emotion, this vulnerability and this intimacy that we usually don’t have because it came through the music.

Speaking of “for the right reasons,” when this show was announced, we all immediately thought of the infamous Jed Wyatt. So how does it change things without the concern that people are there for fame, since that’s built into it?

Well, it took the pressure out of that. We were very careful when we started the show. A lesson that we learned a long time ago is that what’s most important is the relationship—love, finding love. Diving into that is always paramount, and throughout the entire show, you realize that ultimately is the most important thing. And if you can find music on top of that, that’s a bonus. It will really feel more like a Bachelor show, less of a music competition show for sure.

How much of a part does music play vs. the relationship aspect?

Early on, it really will feel more like Bachelor in Paradise in that there are true rose ceremonies of women giving the man roses and the men giving the women rose, and that’s how people are voted off. And then it gets into the musical performances and that’s when you’re going to see the audiences and the celebrity judges, but even those performances, when you’re watching, it doesn’t feel like you’re watching American Idol or The Voice because there’s so much more invested in these people and there’s so much more on the line. And when you’re watching them, you’re really seeing this relationship, less of just two people singing and how good are they as singers. You also get to see behind the scenes of, hey, maybe they’re not getting along or they just had a fight, and how does this come out on stage? It was really interesting just to see how evident it was when you see a couple on stage, you can tell if they are in a good place or if they really have found love or are on the way to finding love.

Music has always been a big part of the dates on these shows. Are the dates different, since now the contestants are the musicians?

The dates are all a little different, like the first date is at the Capitol Records building, and they are recording music. But the difference is they’re really good and they’re really into it. And you can tell it means something different to them. Like for example, the young man that’s on that date at the Capitol Records building, he gets the gravity—no pun intended, because it is a John Mayer tie-in—he gets the gravity of where he is and who he’s working with, where Bachelor people might think, oh how fun, we’re at the Capitol Records building. These people know what these gold records mean, and they know that walking in and using Frank Sinatra’s microphone means. There’s a level that you’re not used to and it just makes it more and more interesting.

Are there villains or other typical Bachelor characters?

Yes and no. I mean, again, it’s not the typical Bachelor/Bachelorette villain, but there are people that will stir the pot and people that change people’s destiny and their way of making it in the music world, and it comes down to these relationships. Do you get out of one relationship and into another because you think you have a better chance of succeeding? So a lot of different questions a lot of different layers that we normally don’t run into on The Bachelor.

Do people get fought over?

Absolutely. It’s a little like Bachelor in Paradise in that regard, you know, maybe there’s one particular woman or guy or whatever that two people like or more, and you end up with these love triangles and love squares and pentagons and octagons.

Is it the same format as Bachelor in Paradise?

No, because, you know, there’s only that that level of Paradise rose ceremony in the first couple of episodes because then it does get to the musical performances, and then it’s really up to the panel of judges that are some of the biggest names in show business but also some very familiar Bachelor family names, and they’re the ones that will decide who stays and who goes and a lot of that has to do with the musical talent but just as important, if not more important, is the chemistry and the relationship that you’re showing and displaying on stage.

Yeah, a little bit of everything. We  found out who was fans of the show and it was really enlightening. I did not know that Kesha was a huge part of Bachelor Nation, but it turns out Kesha loves the show. Rita Wilson loves the show. And so a lot of the judges that I got to meet, all these people I got to meet, turned out they love the show. And, you know, at the end of Peter’s season, Lady Gaga tweeted about the show. So I guess the ultimate goal is to get Lady Gaga to be involved in this.

What do you think is going to surprise Bachelor fans the most about this show?

I think what will surprise them is what surprised me. I watched the first episode the other night and just how quickly I forgot what I was really watching and just realized I was so engrossed in these people and in their stories and how much I was already into it just in the first episode. And that’s someone who worked on the show and knew everything and knew where it was going, but I hadn’t seen the final cut yet. And it was just amazing how quickly I just felt like I was right back into my old pattern and what I loved about the show.

The Bachelor Presents: Listen To Your Heart premieres Monday at 8 p.m. on ABC.

Hacked! – The Best Graphics Tablets for Digital Artists and Designers