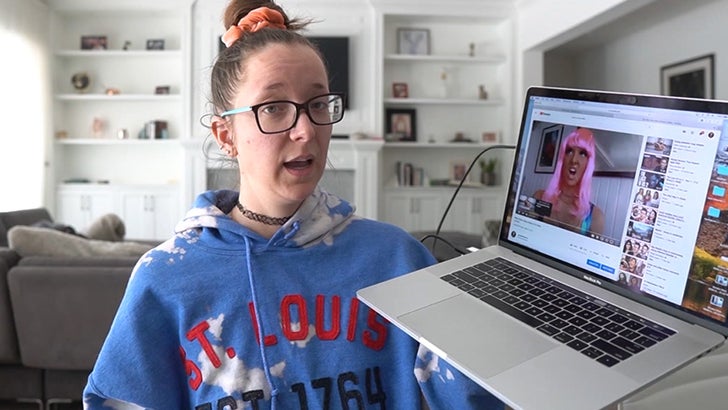 Jenna Marbles — one of YouTube’s original vloggers with more than 3 billion views — has apologized for past content and announced she’s quitting her channel.

Jenna posted an 11-minute video to her more than 20 million subscribers on her YouTube channel and offered a tearful apology for content that included impersonating Nicki Minaj in blackface, rapping a racist song and slut-shaming.

One of the hot topics Jenna talked about is the amount of videos she has switched to private over the years. Jenna said, “I get it. We’re at a time where we are purging ourselves of anything and everything toxic … I’ve definitely done things in the past that weren’t great. I’m not completely unproblematic. I’ve tried my best to grow up.”

More specifically … Jenna apologized for a 2011 video she posted showing herself in blackface. She said she never meant to do blackface and admits it was wrong after hearing from people who found her skit offensive. She says she learned from it and never repeated it.

Jenna said, “I’m unbelievably sorry … I wish it wasn’t part of my past.” As for the racist rap song and the slut-shaming, Jenna said, “It doesn’t need to exist. I shouldn’t have ever said that. I’m embarrassed that I ever made that, period.”

She says, “for now I just can’t exist on this channel,” and added … “I want to hold myself accountable, and it’s painful to do it. I’m ashamed of things I’ve done and said in my past. But, it’s important.”

Jenna’s posted thousands of hours of content in her decade-long run … including hilarious drunk makeup tutorial vids. She’s literally one of social media’s first celebs … and became the first social media star with a wax figure at Madame Tussauds in NYC.

Sports Today – Jordan: I hate the ‘Bad Boys’ Pistons to this day